When I had developed enough to have my flagellum multiply and enter the editor, I noticed my flagellum had not multiplied and had two tails. At first I thought this was a bug in the animation, but then I realized that it had split, as I could enter the editor. The flagellum split on itself, creating two flagella on a single hex. This doesn’t effect gameplay, but it is a bug. 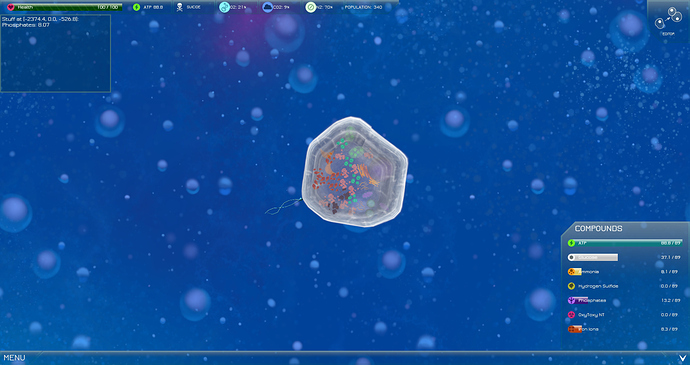 Heh that has been around since 0.4.0 i actually dont think its a big deal we probabbly need to alter the angle a tad when they multiply though so it doesn’t look like that basically flagella have some special code that puts them on the outside of the membrane, and its based on where they are in relation to the nucleus.And we have little control over the output.

Hey, don’t judge the microbe for wanting to have two flagella in the same area.