The game ran as normal after creating a cell in the sandbox mode, the editor closed and the game started up as it should and then froze along with the rest of my PC for the next hour. There were odd buzzing sounds coming from my headphones as well. But I could eventually load task manager and could manually close it after waiting long enough and the buzzing stopped as well.

I would have taken a screen cap of this, but I had to use my phone since my PC was completely unresponsive: 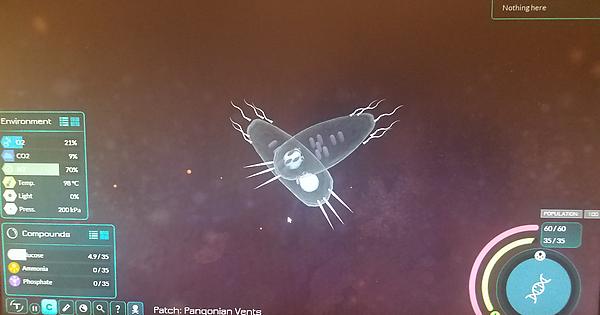 Pastebin.com is the number one paste tool since 2002. Pastebin is a website where you can store text online for a set period of time.

Don’t know if anything beyond the very last few lines are that helpful though.

Also a quick note, I have played the game through before without issues beyond the occasional stutter or lighting issue, this kind of a crash is very new to me.

As far as I know, there’s one physics related crash / random lockup that happens occasionally:

Quite a few reports have come in about the game locking up and spamming this message: **ERROR**: Condition "p_node == _data._nil &&...

We very much would like any help regarding fixing this issue. Notice how it’s been open since May last year…

One good bit of news is that Godot 4.0 changes to a different physics engine, which may resolve our issues with that as well.

As to the computer lockup stuff, I think it is caused by the game infinitely spamming the same error message when it freezes. I’ve reported this to Godot to try to get in a fix that would limit that: Error printing to logs from Godot is not rate limited · Issue #45181 · godotengine/godot · GitHub

Besides that, our launcher probably makes things worse as it keeps the log messages in memory, so I’ve also already opened an issue there to limit that:

To reduce severity of problems when error printing from Godot gets out of control, the launcher should only keep the first...

It might take a while for that to be fixed as the launcher gets even fewer code contributors than the main Thrive repository.

Sorry if this is a dumb question, but is the launcher code open source as well?
If so, me and a friend of mine can certainly give it a look over.

I’m just a little apprehensive to touch the game until that issue is fixed, or at least the locking up my pc one is.

The launcher source code is also on Github:

Also unsure if it’s helpful but we also found another log that doesn’t seem to give that much more detail beyond a memory leak at the end:

Pastebin.com is the number one paste tool since 2002. Pastebin is a website where you can store text online for a set period of time.

Most of the other errors before this are from a few prior playthroughs that day which didn’t cause any noticeable errors while playing.

The code certainly takes a lot longer to look through than I expected lol. But hopefully someone can resolve it so no one ends up with their whole PC locked up again.