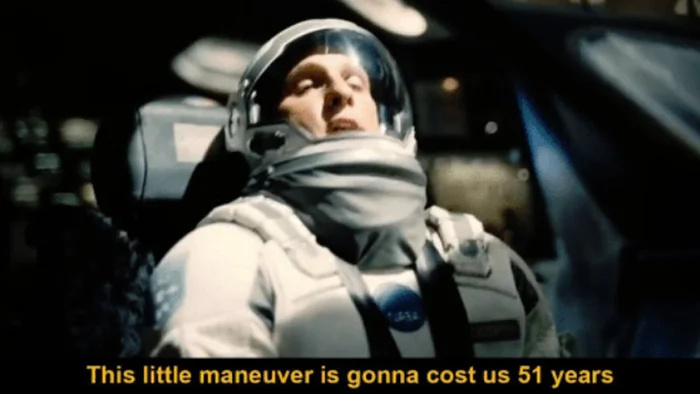 image700×394 70.1 KB
The more energy you put in to a system, the more you’ll have to put out to change it back to it’s former state. In other words, if you accelerate your rocket on a trajectory in space using ‘x’ amount of fuel, you’ll need ‘x’ amount to decelerate as well. When we look on the scope of massive ships and interstellar trajectories, this will require massive amounts of fuel, and utilizing the oberth effect will make the amount of jerk most likely exceed what is viable for your creatures or payload to reach without being a splatter on the inner walls. How do you slow down when you are going really fast? When should you? Are inertial dampers a part of this? How will they work? And, is it even wise to go interstellar in the first place?
6 Likes
LightUpRise (AdarshRise) July 31, 2020, 4:19am #2

Space ships that can travel from one solar system to another won’t be using fuel.
They will use warp drive. Warp drive use a combination of depression and inclination of space to form a wave in space and just floats on it.

So, at destination the ship will have the same speed as before using the warp drive.

If you think that inertia will keep it moving then, the ship can incline the space in front of the ship to have a longer space to slow down.( like 1 cm could be stretched to 100KM so that ship could slow down, though a outside observer will see it as ship stopped suddenly )

I could be wrong, but I will be happy to have someone correct me.

Are inertial dampers a part of this?

Probably. Regular travel to other solar systems seems firmly in the realm of scifi for now, so you’ll use FTL Travel to get there.

A more viable option is to still use fuel, but just nuclear fusion or fission fuel. And instead of FTL travel, we can just put things in preservation pods? I’m not saying deepcryo specifically, because your creature could be evolved for such a method not to work. Maybe if your species has a tun state they can endure the flight more easily. It isn’t so much out of the scope of reality, just really confusing science that is developing, but still undefined.

An ion thruster or ion drive is a form of electric propulsion used for spacecraft propulsion. It creates thrust by accelerating ions using electricity. An ion thruster ionizes a neutral gas by extracting some electrons out of atoms, creating a cloud of positive ions. These ion thrusters rely mainly on electrostatics as ions are accelerated by the Coulomb force along an electric field. Temporarily stored electrons are finally reinjected by a neutralizer in the cloud of ions after it has passed th...


with them? You still need solid matter to push back against. And even the strongest ion thrusters don’t have a lot of power, but maybe that’s just because current spacecraft using them don’t have full nuclear plants on-board.
2 Likes
The_Void (Cellulouse) July 31, 2020, 8:26am #6

No need for lots of power if you’ve got a well made craft with preserved creature onboard. Unless it is a timed mission, it shouldn’t be bad to use a way less powerful engine in favor for efficiency. Orbital transfer I’d imagine, don’t work well with interstellar, so it wouldn’t really matter much for time in most scenarios.

If that worked, I’d assume that people would talk about that.
Instead all we got are solar sails which use the radiation pressure coming from stars to push them away from them.

Before solar sails though, people were mainly idealizing how to harness the energy, and it was still only a new and vague concept. Maybe people simply haven’t thought of it as a viable option, kinda like how people thought curiosity’s sky crane wasn’t a very good idea. It was just positioned as the most feasible idea of the lot. If you used super conductors or special magnets, you might just be able to slow down. Or if you want to be that guy, you’ll just put a lot of ablator while skidding a bit close to a star?

A magnetic sail or magsail is a proposed method of spacecraft propulsion which would use a static magnetic field to deflect charged particles radiated by the Sun as a plasma wind, and thus impart momentum to accelerate the spacecraft. A magnetic sail could also thrust directly against planetary and solar magnetospheres. The magnetic sail was proposed by Dana Andrews and Robert Zubrin working in collaboration in 1988. At that time, Andrews was working on a concept to use a magnetic scoop to gat...

Though it seems like a magnetic sail is a more inefficient version (needs to be much larger, though maybe it works farther away from stars) of a solar sail, and need to be kilometers wide.

Ion thrusters are by far not the most efficient scientifically sound thrusters. Pretty much any nuclear option can do better than them. If you’re going interstellar I’d also like to point out that magsails can also use ‘brake’ by using the magnetic field of the local interstellar medium (although this is only enough to create significant thrust if you’re going at relativistic speeds).
I believe currently scientists consider the best interstellar option to be a combination of a lightsail and a laser back home to accelerate (the laser pushes the ship), and a magnetic sail or efficient fusion engine to slow back down. Besides lasers another good option is a ramscoop, a magnetic field that scoops up interstellar hydrogen and feeds it into a fusion engine to use as reaction mass. Unfortunately this would not work in areas where interstellar gas is below a certain density, and the Solar system happens to be in the middle of one.
The trip would still take decades from the perspective of the outside world but this isn’t neccesarily an issue for the people onboard the ship. If they’re going fast enough time dilation will kick in and make the journey much shorter from the perspective of the ship. If you have a big enough laser even intergalactic travel could happen in ‘only’ a couple decades from the perspective of the ship (but millions of years from the perspective of everyone else).

fusion engine to slow back down

What’s your source on this?

fusion engine to use as reaction mass

So when you say “fusion engine” you mean a power generator (be it a fusion reactor, or something else) hooked up to an ion engine?

I am referring to a direct thrust fusion rocket, which uses an open cycle fusion reactor (has a hole in it) and magnetically directs the exhaust product of a fusion reaction out the back of the rocket. Wikipedia has a page on it: https://en.wikipedia.org/wiki/Fusion_rocket

The most relevant statistic about a rocket engine is its exhaust velocity, as this determines how much delta-v the rocket can give per unit of fuel, (and thus how fast it can fly if given enough time to accelerate) as per the rocket equation: 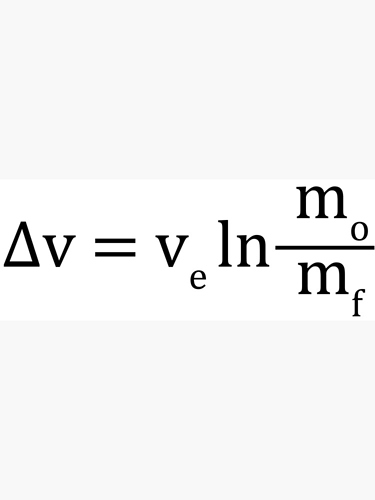 This website is good for comparing different engines: http://www.projectrho.com/public_html/rocket/enginelist3.php#hbfusion
Notice how some of the better fusion rockets have an exhaust velocity about 40x higher than an average ion engine. The only thing better than fusion is antimatter. I didn’t mention it because there is no known way industrial quantities of it can be economically produced, not because it’s physically impossible.

If you want to see the math for slowing down from interstellar velocities: Let’s assume our rocket has a mass ratio of 15 This is slightly worse than most modern rockets (since modern rockets don’t have solar sails but this one presumably has). I’ll assume the rocket is using He3-D fusion, giving it an exhaust velocity of 7,840,000 m/s.
dV = 7,840,000 * ln(15) = about 21.2 million m/s or about 7% of the speed of light. This is fast enough to get to a nearby star in a couple decades. So I’d say a fusion rocket can work for short interstellar trips, but if you want to go far you’ll need either a ramscoop or a magsail. Or, preferably, a laser near the destination if you’re going to an already colonised system.

If you’re interested in the math behind interstellar travel this is a very interesting table:

I think alcubierre drives wouldn’t need retrograde. They could just stop space time from moving around them. Does this mean that a-drives are more favorable? When they stop, supposedly you don’t have any velocity to come with it, so how we land on planets and stuff?