Yes, but at that point the Patreon could support a (very limited) part time worker.

Here’s a great tip for making an over powered cell:
1.Get the organelle that converts Iron into ATP.
2.Get photosynthesis.
3. Move to coastal.
4. Become eukaryotic.
5. Link at least two other cells of your species in a straight line.
6. Wonder around and spin like a helicopter to eat everything that is around you.
7. Thrive. 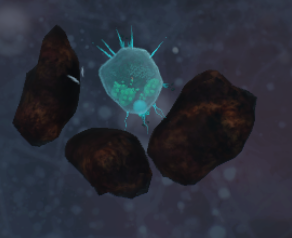 i just made this little hidey hole thing…idk

Idk if you can push around rocks (spoiler; while I really want to I’ve never played thrive before), but if you can you could make a cell that sticks to those rocks, and then have pili sticking between the cracks to hit things with rocks and spikes

yup! you can move the rocks. 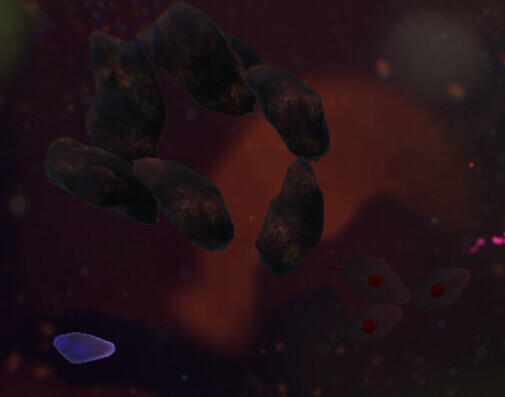 made a house in early multicellular stage, feeling good.

already in civ stage i think.

i also made this (multicellular organisms thread)

is this green or yellow? 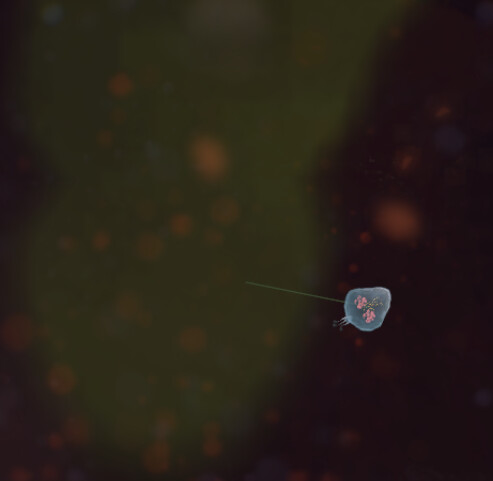 its in between. both green and yellow

You made the poll so that people can select both options. Which is accurate I guess, but probably not what you want.

but probably not what you want

yeah, i didn’t understand what the “multiple choice” option meant, but at least i got my answer
also i absolutely cannot see yellow in that, saw someone say it was yellow and got confused

Thrive colors in a nutshell:

Phosphate:Wait ammonia I can explain-
Ammonia: Why do you have a more visible color than me?
Hydrogen sulfide: Do you know what your color is?!
Iron: You guys are getting a color?

Elysian Eclipse has released their first demo, which is a surprise to me since I thought the project was abbandoned. 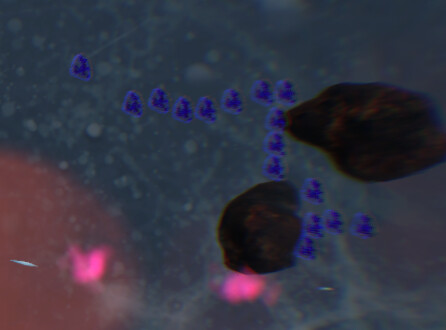 interesting formation.
they are all standing still too

Why would they abandon the game in less than 3 months? Well I suppose there have been Thrive-like (or Spore-like) projects before that fizzled out before they even properly got started.

yes. such as the familiar named ones that have nothing in common with the name thrive, such as:
Live
Hive
Drive (failed cell racing game)
Thriv
and of course…
Clide
(i dont think any of these are a real thing…)

what do you mean 3 months? It has been 1 year

? ElysianEclipse reddit was “Created Jan 13, 2022” I’m pretty sure it’s been just since December at most when elysian eclipse started. Okay, there’s a small chance that it existed for some time before anyone knew about it and us Thrive developers also hadn’t heard about it.

Woah! your cell can actually eat the huge iron chunks if its big enough…
im learning more and more about the mechanics of this game each day lol

that’s been common knowledge for a while now