The feature looks cool if its that stuff in the screenshot

It is, that’s why I replied with it. Though I guess I can actually embed the image here as well without having to reupload it: 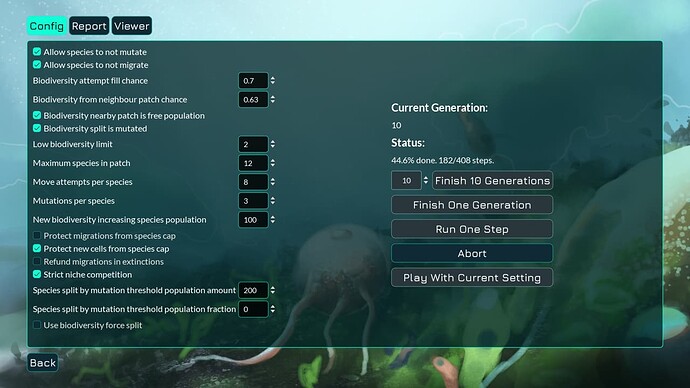 Misc thread nearly to bottom of latest? What is this madness?!
Edit: And apparently it’s also close enough to round to 9k, odd.

In other news, I set up and am learning the basics of the Irrlicht rendering engine for c++, got the first example project working and managed to make a plane with a crewmate png on it spin; now I've toyed with 3d before, in unity and raycaster engines, so it might not be that bad to get something playable, maybe I'll actually make something of any value, someday... Edit: while, after 1 hour I managed to botch a first person camera with WASD controls in, I apparently forgot how sine waves work, anyways yea 3d woo.
4 Likes
PositiveTower (Eating beans I see!) August 3, 2022, 9:27am #9199

We will watch your career with great interest

No love for Godot?

Edit: while, after 1 hour I managed to botch a first person camera with WASD controls in, I apparently forgot how sine waves work, anyways yea 3d woo.

Yep, this is exactly my experience working with 3D math and trying to get stuff working. At least with Godot I no longer have to do low level graphics programming where you’d just have to keep tweaking random stuff while getting a black screen to eventually maybe be able to figure out the problem.

I’ve tried godot before, and to be blunt, I don’t understand how to use godot, the UI confuses me, the way scripts work confuses me, GDscript is another programming langauge to get the hang of, and the C# part just crashes the whole thing, I have no idea why.

I can almost definitely guarantee you that the Godot editor workings and the C# problems are easier to get around than setting up the scripts and dependencies to build a C++ project.

Any specific problem you had using Godot, besides the C# part?
About the UI, the only problems I had were only with specific menus (it took some time for me to understand how to navigate the tileset editor in Godot 3, for example (why the belgium is the grid snap setting only available once I’ve created a tile?!)), but besides that I never had many problems with it.

no matter how hard i try, i can never manage to get that badge. either i forget, or something comes up and i cant get on. but anyways, congrats!

Honestly, it’s not even that the UI is bad, it does what it needs to with little fluff, I think just don’t like visual UIs in general, or am just too stubborn to get used to it.

My lifehack for getting that badge is to check the forums once in the morning and once in the evening. Even with timezone differences you’ll succeed that way.

Does anybody here play Yugioh Master Duel, Fifa and/or Fortnite?

Not me, but I started playing gmod recently.

Oh I played the first one for a time. I think my deck is still viable though

I play Fortnite some, and I have Yu-Gi-oh cards so know the rules but don’t play any online games or anything