In this world people can use inner spirits which are stands an inner reflection of their ideals and beliefs, and interests. Most people have a replica of themselves as inner spirits but others transform that spirit into a physical being capable of many things, and each one has a set of different abilities.

Normally people become their inner spirits when they activate them but you can choose to have your inner spirit on but with you still being visible, but the inner spirit would be weaker.

Some inner spirts however are neither and just give the user extra abilities when activated, like TeaKing’s inner spirit, Tea Party.

However ranged tracking spirits like Bred Crumbs have to have their user visible so they can follow mental orders from their user.

The most efficient way to do all of that is to absorb Thrivium.
What is Thrivium? It’s a crystal ranging from many colors from green to purple (I think so). It can also be used for tech.

For more stuff about Thrivium here you go:

That thing is made by Nover btw.

Thrivium stores a lot of energy in it that is capable of harnessing the power of one’s own soul. Absorbing it will gift you with a new inner spirit.

You can have multiple inner spirits but you can only use one at a time.

So here is some art of @Nover452 and his stand inner spirit, bred crumbs! 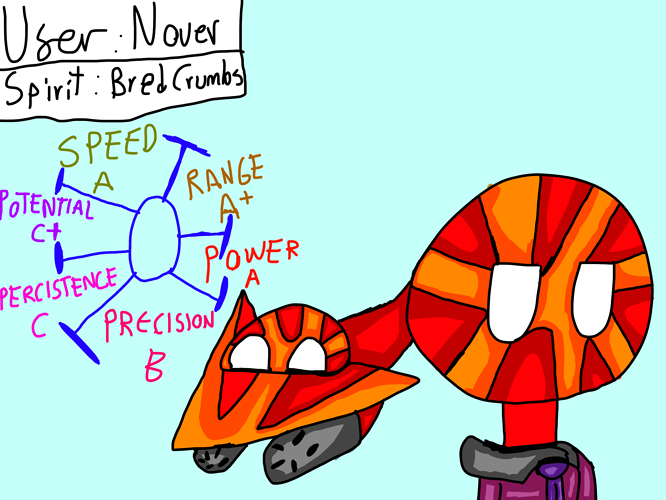 Here is the logo for the series 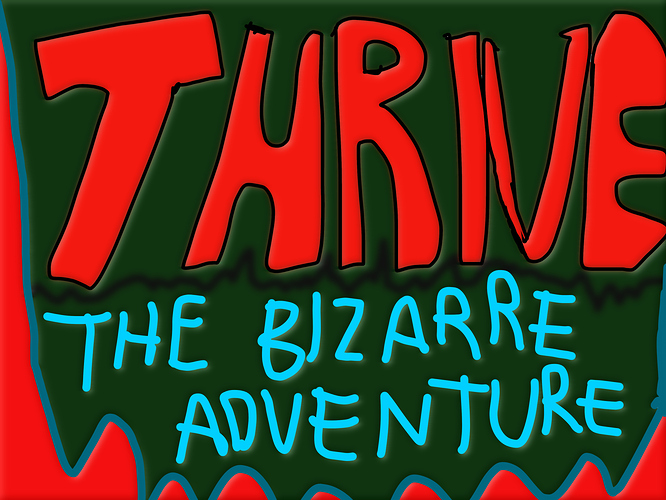 I suppose I should also provide info on Nover’s inner spirit.

So Bred Crumbs is a mini fighter plane packed with an infinite supply of bullets.

He also has infinite nukes he can drop but he can only drop five at a time and then he has to wait.

It can ram into people and shoot them from there, which can prove to be effective. It has pretty much an infinite amount of range it can attack effectively however that means the user would be left vulnerable.

Description: tea party allows the user to manipulate tea. For example, you can shoot out tea at rapid speeds, making it like a bullet, and you can also flood places with it.

However it has one special property. It can reverse time. When it hits a living thing, the effect of teatime commences.

You can reverse time up to ten minutes with this ability. The others that you don’t choose to bring with you in reverted time do the same actions they did but they aren’t conscious or at least they don’t know that you are there. You can make actions that you would’ve rather made during that time so you can fix mistakes. Enemies can’t affect you but you can affect them.

That ability requires a lot of energy and after that you have to wait around twenty minutes to activate it again. 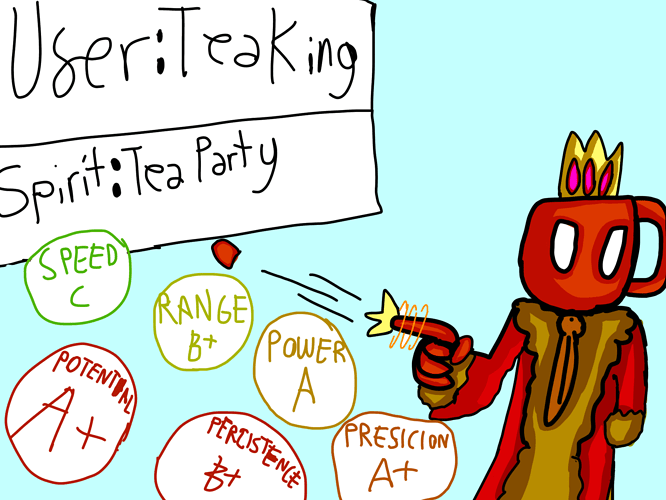 Here is the incomplete version of MechanicalPumpkin and his inner spirit 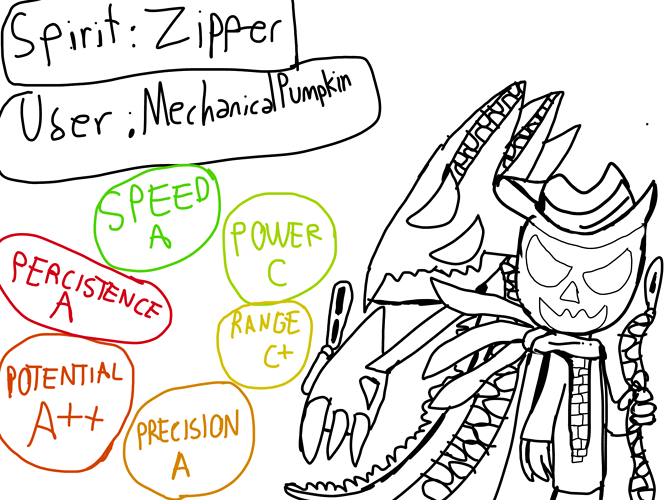 Okay this is the finished version 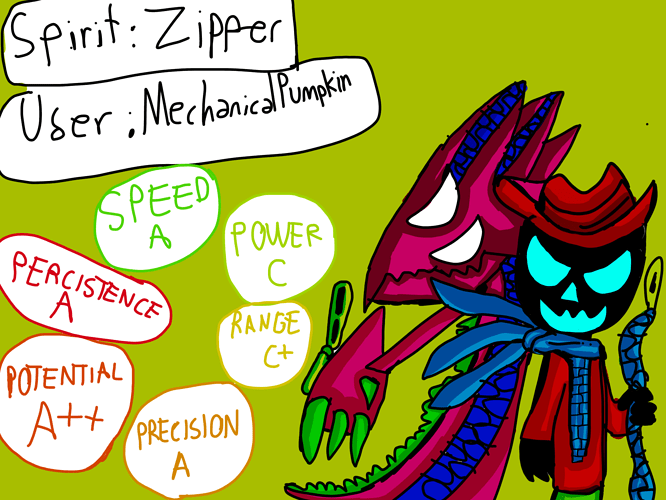 image2048×1536 996 KB
Edit: ok so I renamed my stand inner spirit from zipper to weed killer now. Also I changed its stats to be lower.

Abilities:
It can make a zipper anywhere even in thin air, and it can warp to places using zippers. It can transport things to a zipper dimension where it’s a replica of the real world but with no food.

It’s zipper abilities can prove to be very useful as it can be utilized for many movement options (like using a zipper to travel as fast as a car) and it can be deadly in combat (you can shoot your fist by unzipping it and launching it at an opponent or you can decapitate them by rapidly zipping a zipper just under their head). 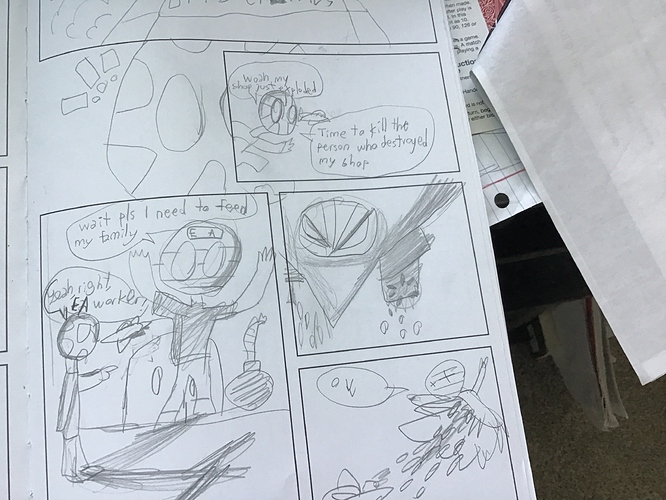 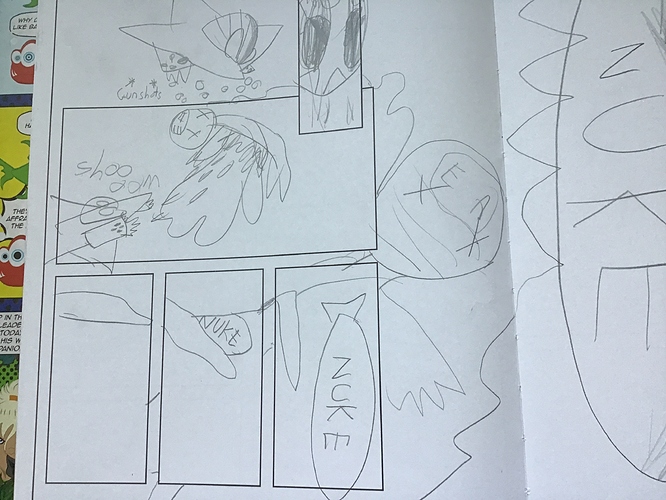 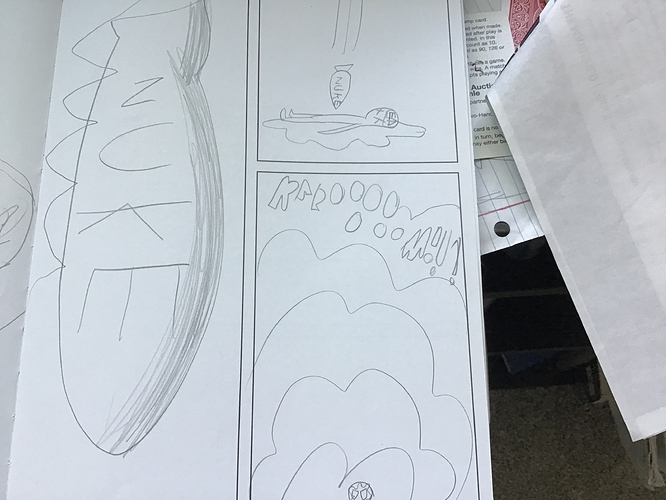 So here is @kikygames, one of the antiheroes of this series. 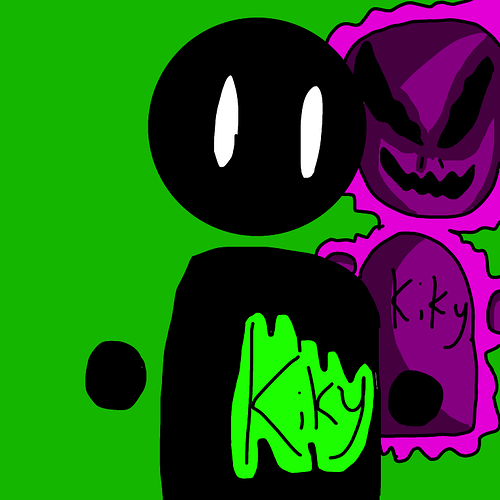 Abilities:
It is a close damage type spirit. Little range, but immense power.

It can make things decay way faster (for example it can erode rocks very quickly so it can provide some terrain for the user to jump across while also lowering the chances for the attacker to catch it). It can shoot lighting out of its eyes and can make walls out of things anywhere.

Okay I’m just gonna repost some post I made in the wrong thread:


Okay so
Idk if the theme shows up
It does for me
Weird
I posted the link so it should show up.
Also, I double posted more than five times in this thread.
May the mods have mercy on me.

all the posts here were made by you, that’s the longest multipost i’ve ever seen

You truly are my savior Nover, you broke my chain of uninterrupted posts!

Btw can you see the theme I uploaded.