Continuing from an infant state of a [hopefully] large community project, Thrive: Planets was an idea that formed there. It’s basically a wiki where a bunch of users can ‘document’ interesting things you’ve seen ingame. It could be cells, animals, planets, events, anything really. Like a huge database where animals are researched and their biological and physiological properties are written. @Untrustedlife

Not sure if it fits in “future” exactly but I approve of this thread.

I didn’t know what tag I could use. The game isnt out yet, so future game? Or is it Other Creativity?

Other creativity I would think (since it would apply to the current game aswell though it would be limited) , but future is fine too.

I’m not going to be nit picky lol.

Nah, don’t be. I’m kind of tempted, but i’m thinking about making a ‘rough draft’ of what the wiki could like like.

I may do that now.

I’ve moved this to #current-game as the point (please tell me if I got this wrong) is to tell others what you saw in game.

Let’s get that discussion started by linking @Untrustedlife’s experiences:

I recently encountered a quadruple toxi. 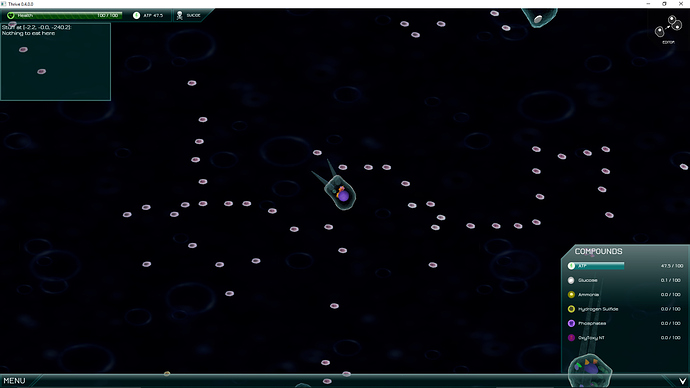 oh god no why… why would you do this

also do they have oxy toxy or are they poisonous? because I dont see them shooting at you, and i like that their is a suicide button now

They have oxytoxy, but the AI is currently being programmed by me I haven’t implemented shooting yet.

Encountered a species of hyper aggressive pink motile bacteria that eat other bacteria that are apparently called:
“Cengora Spanax”

Dang the game looks so ugly with the broken flagella…

it will look so much better once that is fixed, yea i agree, the other organelles are a bit buggy looking too hopefully we can smooth it out

SHould be super fun also when its done though, it now tracks aggression and fear by species, so some species can be more or less aggressive, that and all that new variety.

Asside from the broken flagella though, most of the game looks alot better, eg, better backgrounds smoother UI. 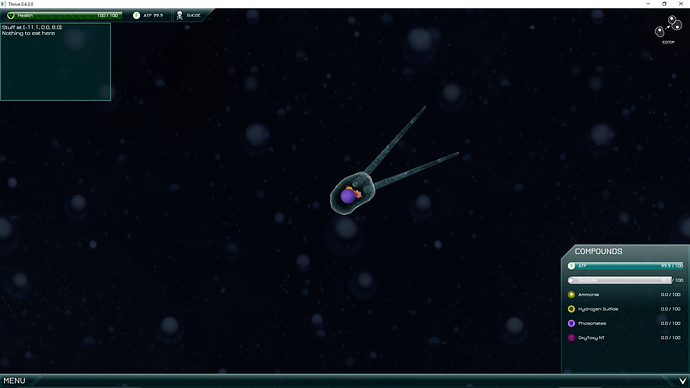 They already have a pilus model tho

and it’s the broken flagella