I decided to make a couple of mods trying out different movement mechanics, since several people have complained about Thrive’s non-standard control scheme in the past. Hopefully with this we can gather input on the approaches people prefer.

Both mods do away with cursor input for movement, relying solely on the keyboard.

The first features manual rotation. Rotate your cell left with A, rotate right with D, and move forwards and backwards relative to your current orientation with W and S. Note rotation is in terms of the cell’s intended orientation, not its actual orientation, so this mod might become unstable in 0.5.9 with an overhauled rotation system. Also note rotation speed is currently hard-coded to a fixed value.

The second mod lets you move relative to the screen at all times. No matter where the cursor is, you move up with W, left with D, and so on. Your cell rotates automatically to face the direction of movement.

Note that automove is disabled in both mods.

Important: these mods aren’t designed to work together and might cause weird behaviour if both are enabled. They are also likely incompatible with any other mods that modify PlayerMicrobeInput.

EDIT: these mods are now also available on Steam. 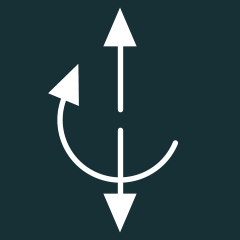 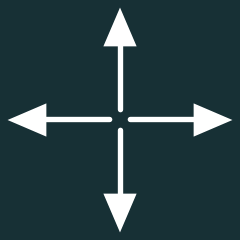 How does this affect toxin shooting? Does this make aiming toxins harder?

Both of them definitely make aiming toxins more difficult. Spikes too.

Something to considering, then if a movement scheme like these is added to the main game.

These are more playable than I’d have expected (especially manual rotation) but I would personally still stick with the original scheme as it gives you much more control over your movement.
I think the most confusing part with the default scheme when I started playing was how WASD did not make your cell move relative to the screen but to the position of the cell, meaning “D” could make you move to the left if your cell was facing downwards. However, I’m not sure what changes would be needed to make it more intuitive.

Perhaps having optional keybinds for movement relative to the screen without affecting cell rotation would be an interesting approach, but I have no idea how that would actually play.

I gave similar feedback on discord, namely that these currently seem to make toxin shooting much harder. If we actually have an alternative movement scheme added to the game it should probably be like a twin stick shooter.

Can there be a mod to remove all keyboard input for movement and only use the mouse, like, if you click the mouse in a location the screen your cell goes there

I considered it, but that would require a much bigger rewrite of the game’s code than a simple method replacement like these. Maybe someday.