Attention aspiring thrive zoologists , heres a fun exercise for you

Catalog the AI evolved species in your save games and post them here. Observe their behavior, catalog that too.
I did something akin to this when we were still developing 0.4.0.
It will be very fun to see what evolved in everyones saved games

It will be especially helpful/interesting if you catalog novel behavior, like what scarlet seeker saw in his video. Where a species evolved ambush hunting behavior.
This will aid us in improving things in the future.
https://youtu.be/xhjr5iAFKuc?t=13886

It is nothing very spectacular, but after 1300 Million years (13 editor cycles) of bacterial evolution on one of my playthroughs, I noticed a species called Vruhxes Otappian on the surface biomes. They are photoautotrophs and have a strong silica membrane. 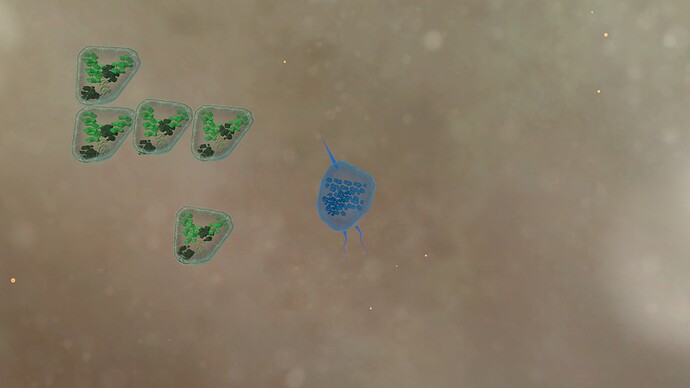 What I found interesting is their extremely sessile (and “brave”) behavior: they seem the bacterial equivalent to plants on Earth. Even though my cell is armed with a pilus, and standing right next to them, they don’t move an inch. When I attack them, sometimes they would flee in the opposite direction for a second or two and then stop again. Other times, they would remain totally still until being killed. 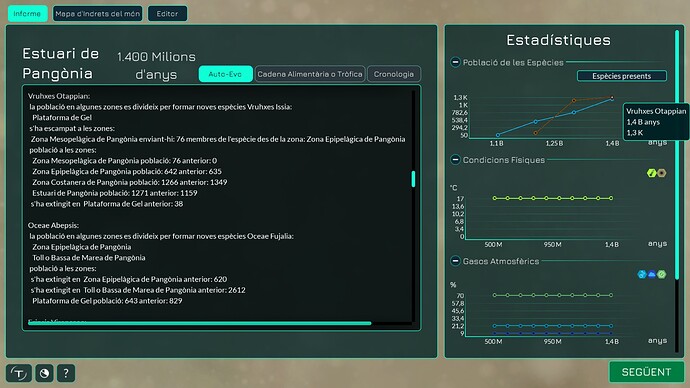 On the subsequent editor session, I could check that they are performing well according to auto-evo. I can see why: even though they are easy prey, there’s plenty of energy available for them in the form of light. Their role on the environment is also very important: they are the main source of glucose for the other species, now that free-floating glucose has almost completely disappeared.

I find it very interesting to observe the complementary roles of “producers” and “consumers” emerge and develop naturally from the evolution algorithm.

EDIT:
After a couple editor cycles, the Vruhxes genus have developed a pilus and seem now more aggressive, sometimes even confronting my cell, being more capable of defending themselves. 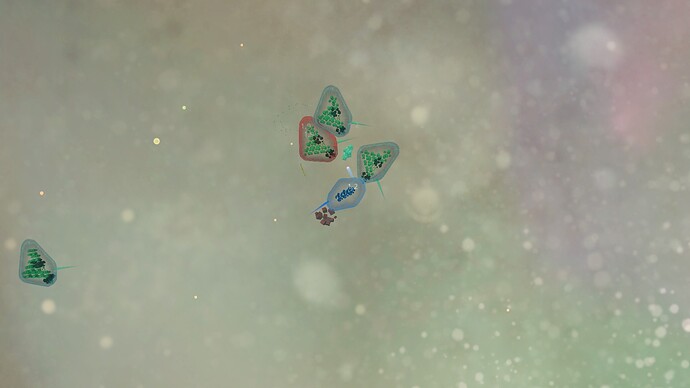 thrivologists would work as a name aswell