Current Auto-Evo is working well, but in multicellular stage things are getting more complex since tissues will be availiable and
these tissues should be placed in some order, right? Right now Auto-Evo is working like this:
Place organelles randomly
2. Check how fit species is with newly placed organelles
But in case of multicellular stage placing cells in random places might not be best idea.

Organisms are adapting to perform or improve one of these:

I drew some image in paint where i segregate some examples of cells. 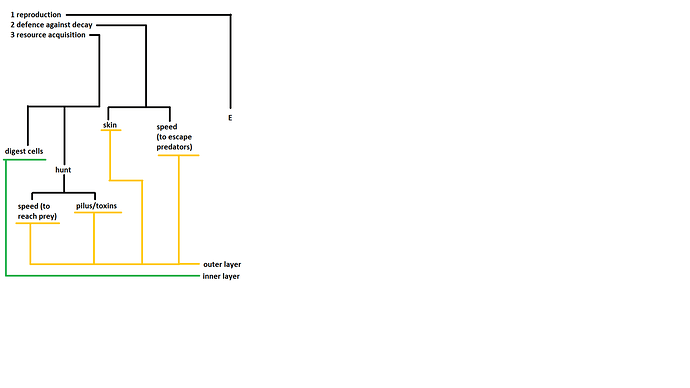 Do you like my idea?
I’m open to hear your suggestions.

(if there is already existing topic/reply or this thread should be moved to existing thread, you can do it (if you are moderator))

That is not a bad idea to start in the macroscopic stage.
Although I’m not directly involved in game development, I know such a division can make some order.
But the problem I saw here is not related to you, these are one of the things I remember about the development stage of this stage:
They plan to center the player as the basis for all the creatures that come after him.
At first, it was based on what the player created, but later it seemed that Auto-Evo would encounter a number of issues that would require developers to think deeper.
But let’s leave that aside, the idea of organizing the types by categories is to be something that will help the center a few things, but I want to share something that might help you further develop your idea since some of it has been talked about in the past (by me):

Hello everyone! I here want to talk today in honor of the release of Thrive Eggs (early multicellular stage), I want to talk about a concept that seems quite important and not much has been written: how such a creature eats and what does it eat. And more importantly - what effect do such creatures have on the environment. I’m not going to talk about how such a transition goes from the unicellular to the multicellular stage, since it has been talked about in the past and I am not going to focu…

But in short: there are 3 layers from which all things in the body develop. Maybe you can use that as a basis to develop this idea.
As for Defense against decay, this is something that happens regardless as part of the natural way for cells to maintain themselves from breaking down, so I think it’s less relevant and if it’s related to the skin or dermis, I think it’s worth considering as the ‘outer layer’.
As for reproduction, this is probably the first thing in specializing in the process of creating the first multicellular, and there are many ways to reproduce, and I think it’s a great idea to separate it from the rest.

Besides, it’s a great idea, but I have no idea what’s going on there.

Kind of sounds like the germ layers idea posted recently on the dev forums: 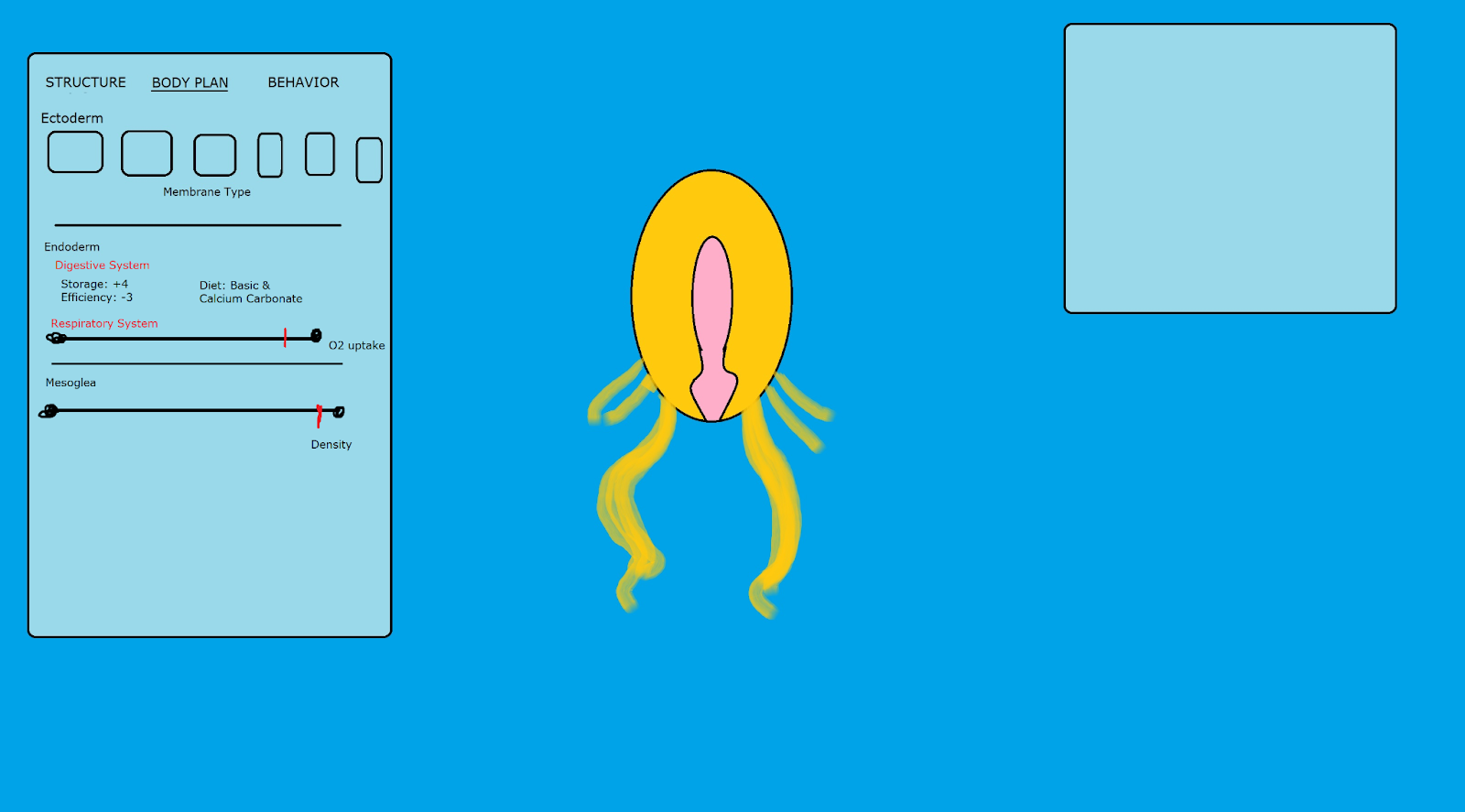 Some thoughts on how we can transition from the simple, cell-to-cell editor to dealing with a macroscopic body plan. Parts of this concept depend on talk related to how the editor will work, so it isn’t a self-contained concept. But it should serve...

I planned to tackle this in light of my germ layer concept, in which I argue there should probably be three “types” of tools within the editor available depending on the player’s evolutionary path: soft-bodied tools for diploblastic and...

Another thing: placement of cells with unique functions, such as defense.
When you are looking at Ankylosaurus and you are thinking why it has this armor-like cover at top, instead of bottom or somewhere else, here’s the answer: that point on its body is very vulnerable.

Same goes for Triceratopses. Their collar is where it is to protect the neck which is also very vulnerable point.

I want to suggest attaching some piece of code to current auto-evo algorithm which checks what spot is being attacked the most of time and then put some bonus protective cells over it.

(And for organisms that have esophagus I suggest something that will place the mouth in point where most food is encountered i guess?)

(sorry if my English is bad)