Cell spitting a surplus of excess glucose after evolution

I made a cell with 1 chemoreceptor, 1 flagella, 3 chemosynthesising proteins, and 4 rusticyanins. I also have a silica membrane. After removing one rusticyanin and moving the flagella up to take its place, I exited the editor. My cell proceeded to spit out so much glucose for so many seconds that I thought it was infinite until shortly after I began typing out this post.
I have some pictures and a video acquired via phone.
ALL of the glucose shown in the video and images is from my cell.
‘Infinite’ glucose cell video 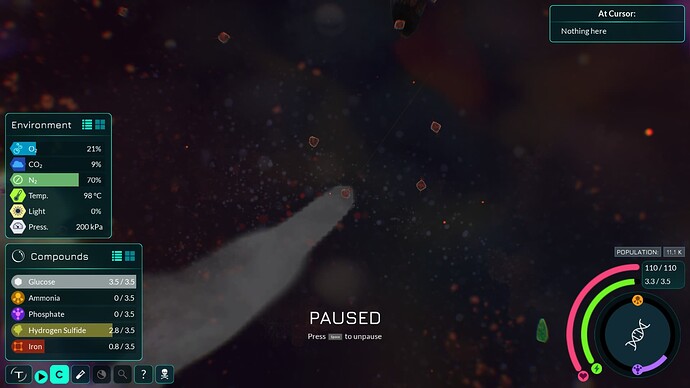 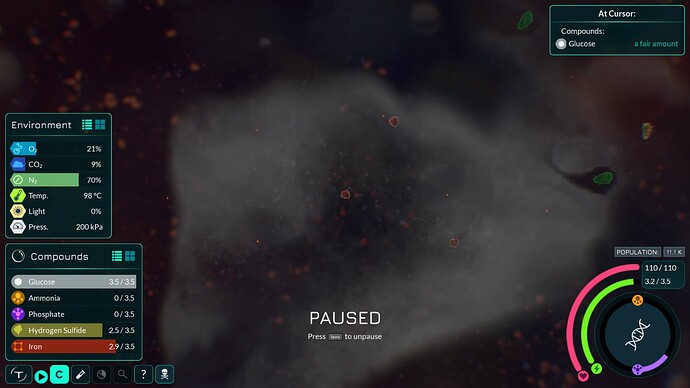 Is this a bug as I suspect, or is it a weird result of my evolutionary decision?
Here are images of my cell in the editor before(first image) and after(second image) the evolution as well (the first one was remade by me to show how it looked before the evolution.) 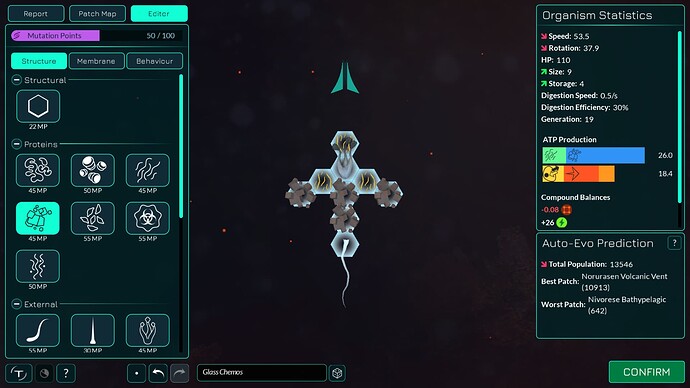 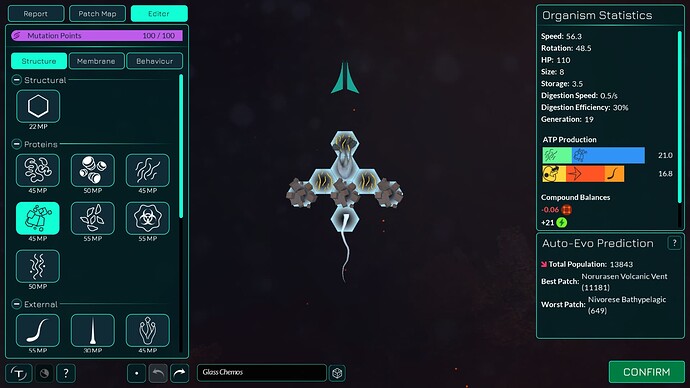 I think this is a known issue, but I can’t find one on the github.
Created one: Cell splitting can give player an overwhelming amount of glucose · Issue #3637 · Revolutionary-Games/Thrive · GitHub

Can you try to reproduce it? Or can you upload a save where this bug happens?

I actually made a save as it was happening! I saved it toward the end of the bug, though. As for uploading the save, it might sound a bit silly but I’m not sure how to do it. Could you link me a resource on how to do so?

Dang! That’s unfortunate. Do you still want my save?

Someone else should playtest this. A save to test with would make things a lot faster if the problem occurs after loading the save.
My initial impression is that your storage being basically halved after reproduction is probably the case. We’ve had just a couple of reports about compound spewing over the years so while I’m not fully convinced this is a bug, it still might be.

Edit: I’ll close that issue if no one else can reproduce the issue and chalk it up to being caused by the major loss of storage after going from fully divided organelles to the base organelle layout.

I also believe it is related to storage. But I do find it odd simply how much glucose I expelled. I’m honestly not even sure if my cell could contain that much glucose TOTAL, let alone expel excess glucose to that degree.

I suppose a developer could figure this out if they’re aware just how much the glucose in a cell’s storage translates to in the form of a cloud.

This has happened to me. I thought it was intended. It seems to happen when you evolve and lose storage, either because you became smaller or you got rid of an organelle that uses/stores a certain compound.

If you replace your first cytoplasm with rustycyanin, you can’t collect or store glucose anymore, so you’ll start leaking the glucose you had stored in your previous life. Same with iron and hydrogen sulfide. It also happens with ammonia and phosphate, but it’s less noticeable since you consume a bunch as soon as you spawn, so you need to store a lot and then lose a lot of storage capacity to see it. 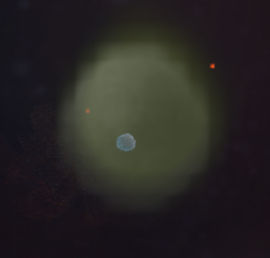 The amount that comes out is pretty alarming, though… You stop leaking after a while, but if you dive back into a cloud, it seems to start up again for another few seconds. 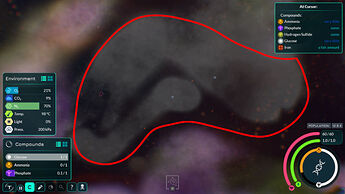 I think the feature actually is intended like you suspected. After all the materials have to go somewhere. But, the amount that comes out at times is definitely wrong. I also noticed weird interactions when floating into clouds but I couldn’t pinpoint exactly what was happening, and I think you hit the nail on the head. If you float into one when your output starts to fizzle out, it just starts up again. This might also be why the amount is sometimes so immense. Maybe it happens because you’re inside of clouds. I was in a densely clouded area when this happened to me, so it makes sense if this is really what’s happening.

I remember posting my save before it started (almost) endlessly spewing on discord before, unless you meant a save before the crucial editor step?

Discord - A New Way to Chat with Friends & Communities

Discord is the easiest way to communicate over voice, video, and text. Chat, hang out, and stay close with your friends and communities.

I’m pretty sure the vented amount is reduced, because way back in the day we had a bug where compound could endlessly complete a cycle of being vented out, absorbed, and immediately vented out again. That reduction should still definitely work. I’ll close the newly opened issue as this seems to be just the venting feature.

I think Seranner is right about the amount being too high.

I just did a little experiment: create a four-cytoplasm microbe (8 storage), get full nutrient storage, then downgrade to a single thykaloid (1 storage), create a big cloud, then go back to having four cytoplasms (8 storage again).

The cloud I produced from my first 8-storage microbe gave my second 8-storage microbe enough material to evolve several times over. I could easily have made the cloud even bigger, but I wanted to stop so I could post and go to bed. 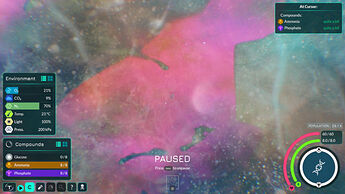 That could be used as a cheat speedrun strat for sure.

I’ll open an issue for this: