I’ve been playing the new Thrive release for the first time today, and it has been really fun using the new features! I have encountered a small bug though, where when you are in a colony of your own species, the AI still automatically fires its mucilage jets even though you should have full control over the colony.

Here’s a video showcasing the bug. I hope this helps! - 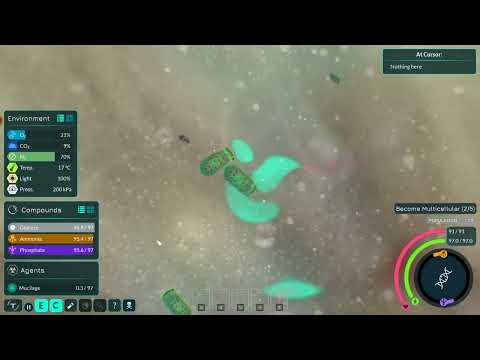 My guess is that the following happened:

@Oliveriver does that sound plausible to you?

To fix this what could be done is reset that mucilage timer whenever a cell is attached or detached from a colony.

It does sound plausible but I’m honestly not sure. Would need a more thorough investigation.

Stop cells that join a colony from independently using mucilage

https://community.revolutionarygamesstudio.com/t/colony-members-automatically-us…e-mucilage-jet-thrive-0-5-10/5574 this is not fully confirmed but it may be that the mucilage emit timer still has time in it when a cell joins a colony and as a result emits mucilage independently from the main cell's control in the colony for some time.

I did put my rough guess in it, but I didn’t put my full reasoning as its not confirmed if it is right.