Does anyone know what this creature is?

Hey guys, I know this is pretty random but I’m really curious. I found a creature in Nova Scotia around 2009 and have not been able to Id it. The creature was found on a beach. Have a look, let me know what it is! 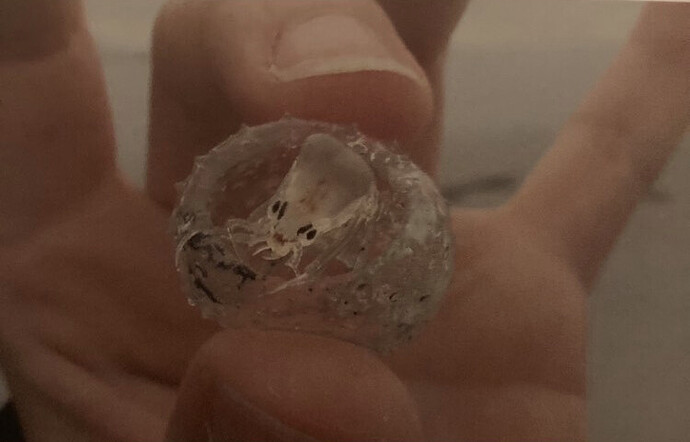 might be a odd shaped crystal tbh, it should have decomposed by now, anyway ill wait for the others.

It might be some kind of prawn; I don’t know much about them but I do know some deep sea ones have outer cases like in the image.

Edit: I believe I have found it. Not a prawn species, but a species of deep sea amphipod known as a ‘Pram Bug’ 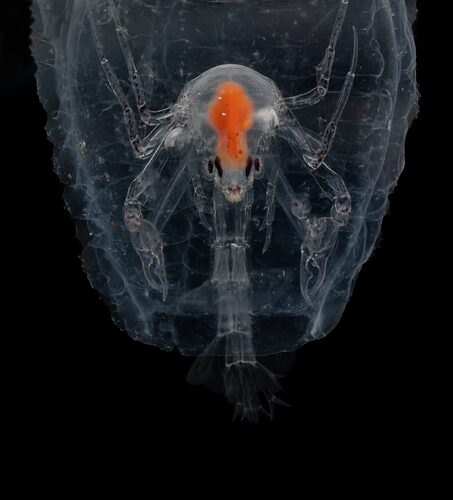 What happens is that females kill deep sea salps, and instead of just eating them they use them for protection for them and their eggs/young offspring

I believe that is the mystery solved! Glad I learned something new today. I had seen this years back in a deep sea book I had as a little kid, but learning more about nature is always fascinating.

Wow!! Thank you so much! That’s incredible

props to you, I don’t think i could have found it!

It’s somehow both creepy and cute at the same time