Folks… I hope not to ignite a flame war here, i’m neither a Republican or Democrat. I’m from Canada and televisions all across the cold north up here are reporting a bunch of havoc and chaos happening down in the United States that we don’t even have any Canadian-related news. 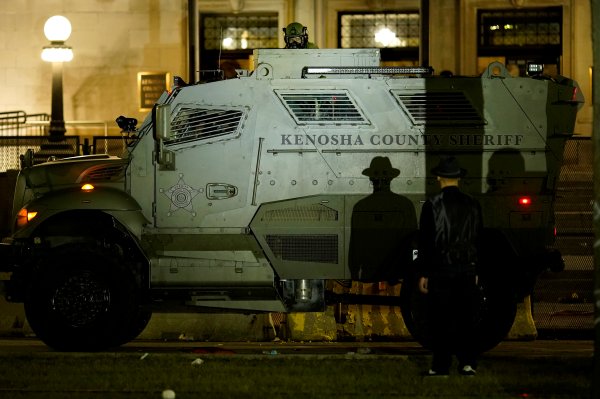 The 17-year-old could face a mandatory life sentence if convicted of first-degree intentional homicide, the most serious crime in Wisconsin.

I’ve looked at the full version of the footage and it appears that a young boy, only 17 and in some kind of militia group, fired shots into the air to disperse the crowd of protesters to “restore law and order”, then several people charge at him to take his rifle before he kills two in defense-against-defense. Some people are calling him a “hero”… I’m not going to comment on that because that’s a very flammable topic to start a massive flame war. Not sure what to say about this, but it looks like this is the beginning of the second American civil war.

Yeah, I wouldn’t be surprised if this entire country shatters into pieces. I hope that things eventually calm down, but I feel this is the cataclysm to something much bigger, and (probably) worse. 2020 has just been a horrible year and it will all hopefully get better in 2021.

I can only imagine what’s going to happen if the police officer that killed George Floyd comes out with a Not Guilty verdict in court, holy crap—that’ll be the spark plug of the next American revolution. There’ll be a violent diversion of states making it the black-only states and the white-only states, worse than in the 1960’s where you’d walk into a bar and you’d be told that you couldn’t come in because you were black or you couldn’t come in because you were white.

The Thrive community forums aren’t really the place to discuss whatever crazy stuff happens to be going on in America currently.

The Thrive community forums aren’t really the place to discuss whatever crazy stuff happens to be going on in America currently.

Yes, thanks a lot for the reminder. That’s why I’ve placed this thread in the Not Thrive/Off Topic section.