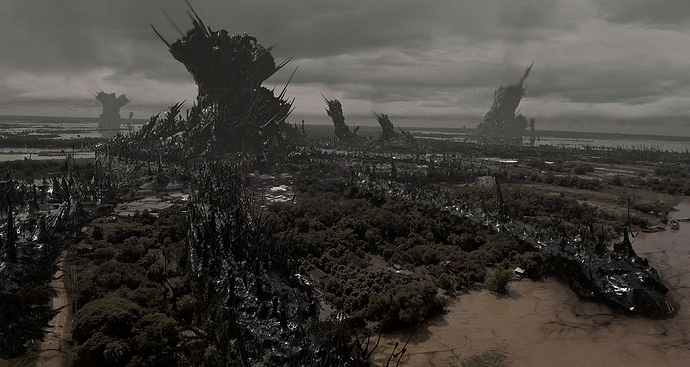 Thomas awoke in his bed, laying in a pool of sweat and dirt. The suns shining aura only peaked through a small crevice in a broken window, darkened with dust. He forced himself to lift his legs, and stretched. This only eased his slight pain, which ached in the back of his neck. He gradually opened the door, to see if any of those…things…were scouring the districts outside. He didn’t see anything, just familiar faces he knew. Though these faces weren’t were smiling, only a glum, irritated expression. Some had scared faces of dread, some just looked at the city, visible through the remaining trees.

Thomas finally left his apartment, or at least what was left of it. The complex was nothing more than broken buildings, slums, and shacks, all interwoven together like loose thread. Without a care in the world, Thomas aimlessly walked to the store, to grab a can of soup, or maybe a glass of water.

Walking, he saw a train rush by on his way there. He noticed a crow on the tracks, picking at a dead animal. The train, which was increasing in speed, rammed into the poor things. Its feathers flung into all directions, bits of meat and bone flung with it. “Those damn things”, Thomas thought, trying to brush off what had just happened.

Halfway to the store, he suddenly stopped. There was a sound, like thunder. A boom that echoed through the city ruins. Shortly after, more of the same sounds came, more rapid than the last.

But these weren’t just any gunshots. These sounded quick, rapid, and vile. Like it could pierce through metal with swift ease.

People were running into their homes, the apartment complexes, anywhere they came across they would hide. Thomas did the same, without hesitation. Looking back, he could see the patrol closing in on the terrified populous, running for their lives, begging for mercy. He saw people falling, with blood gushing from their necks, their bodies sporadically convulsing. Thomas had to get out of there, and he had to do it fast.

Running, Thomas eyes fell upon a heavily boarded convenience store. Contemplating whether he should keep going through the alleyway or into the building, he had no other choice. He now noticed the horrific things executing a man deep down the alley. It was either he lived, or he died, or worse.

He chose to live. 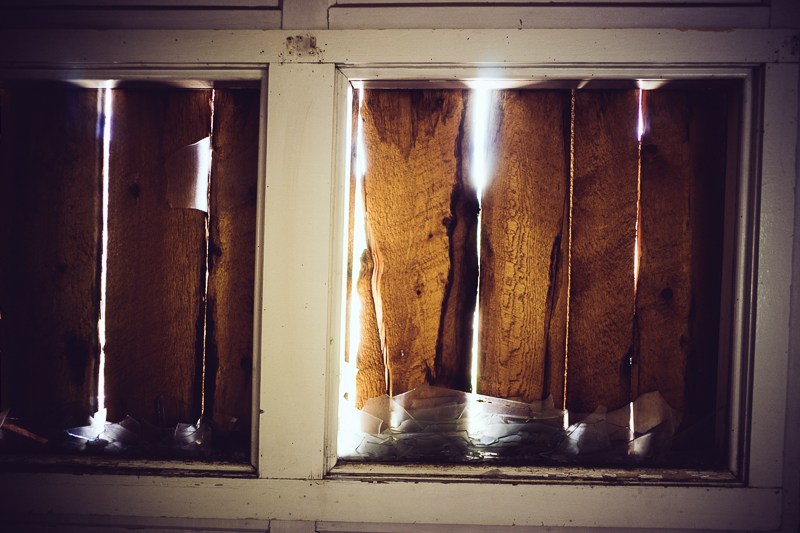 Thomas struggled to look through the crevices between the boards covering the broken windows, but he could catch a few glimpses here and there of…them. He didn’t know what they’re called, and he didn’t care to know. He only worried about making out of this alive.

Though not knowing what they call themselves, many of his close friends knew what to call them: ‘Ugly Bastards’, ‘Scaly grime-ridden lizards’, and many others. Those who are brave enough would go up right to those things faces and insult them, but most of the time, they never even got up to their face. They would be dead before they got to them. Either way, they would be dead.

To Thomas, they looked like snakes mixed between a crocodile, minus the brighter colors. They were a dark shade of green, along with a moldy, rotted yellow hue on their scalp. They had sharper fangs, which were always tainted with a faint shade of yellow, dripping with saliva. He never really payed attention to those details, no. Thomas always tried to see what their eyes looked like. Encompassing their head was always some sort of dome, with the sun shining on it. It was clear as could be, but was entirely darkened by dirt that had built up on the lenses.

Thomas had imagined their eyes looking like crocodiles eyes, or almost a complete shade of black like a fantasized grey alien.

He also caught brief occurrences, like when they would speak to each other. They spoke in a monotone, deep growl that would change its pitch each time you heard it. He never had the intention of what they were truly speaking to each other, he was just fascinated with their odd way of speech.

Thomas, however, still had a hatred for them, such as the rest of the world does. He always yearned for a chance to catch one of these things, dead or alive. He could finally get the respect he’d always wanted in his life.

Then he began to think, and ponder about how he could end this war.

He had heard of a resistance outpost not far from the district. It connects through an underground railroad of sorts, in the sewers. Many people who had been transferred to this neck of the district told stories about an army hidden in the mountains. Soldiers with a near limitless supply of artillery. He had only thought of these tales as the telling of a man who had lost his sane years ago.

But he hung on to the mans stories, with one shred of hope for the world.

He might just take that chance. If he even had a chance.

For clarification, this is a dystopian themed book that i’m writing.

Basically, Earth is now controlled by reptilian-like aliens. They’ve killed millions of people, forced the remaining population into districts and cities, and have burned Earths forests down. They have enslaved humanity with brute force.

The aliens at the moment are called ‘The Swang’, who use semi-organic technology. They use human slaves to build whatever they want. 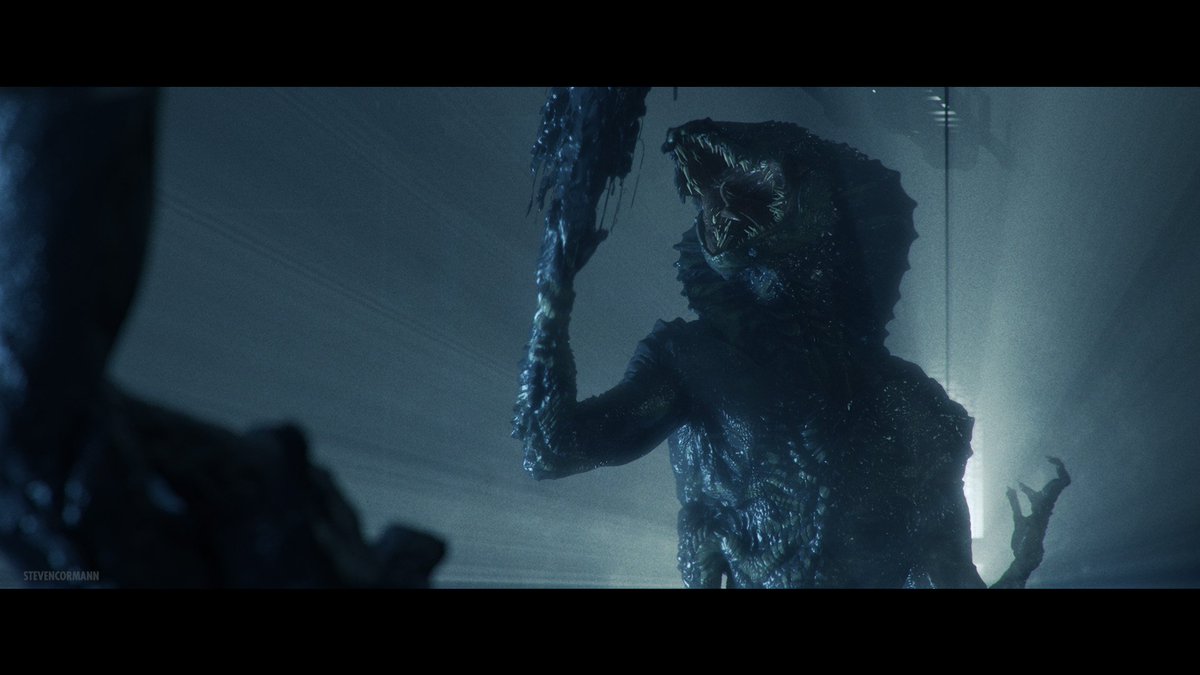 Thomas, with enough courage, bolted through the door. He had managed to knock the door down onto one of the lizards, knocking it to the ground. Thomas didn’t know what he was doing, he grabbed a nearby pipe to try and beat the creature to death. He swung an-

He felt a pain in his neck, like molten knives jabbed into his throat. He fell back, he lost all control of his body. Warm blood drained from the back of his neck, fresh with charred bone and pieces of skin.

If he stayed where he was, he could’ve lived to die another day. Instead, he followed lies told by an insane man.

How ignorant of him, he was just like the others. He should’ve listened to them, they told the truth. 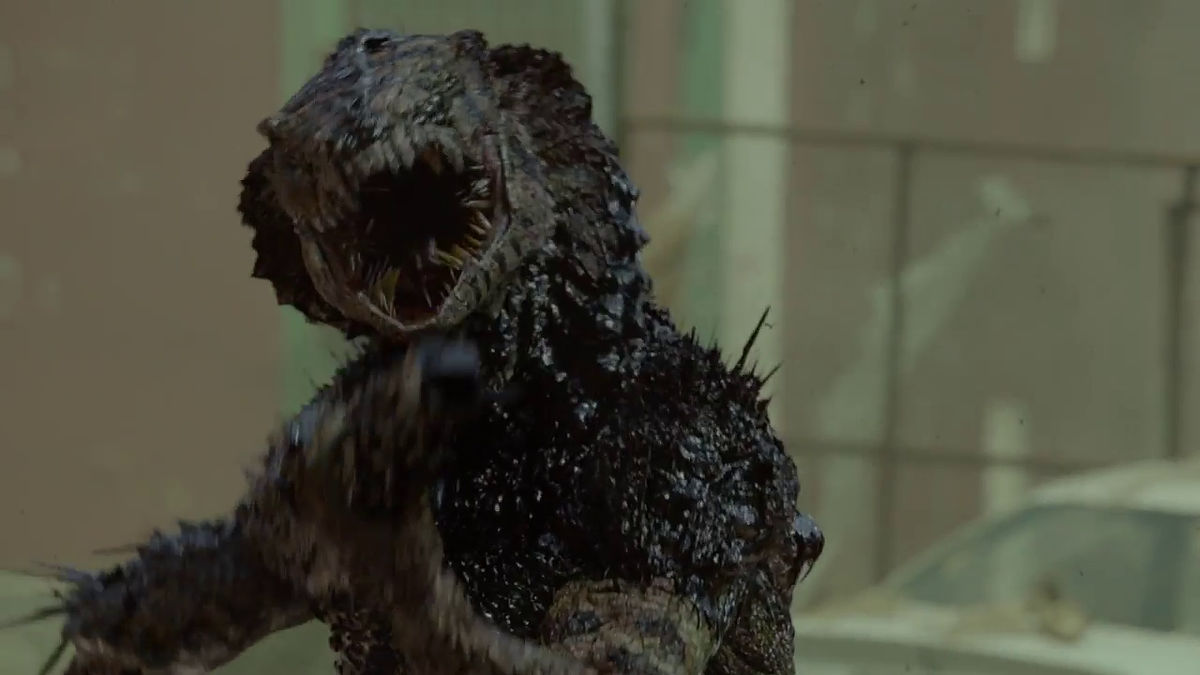