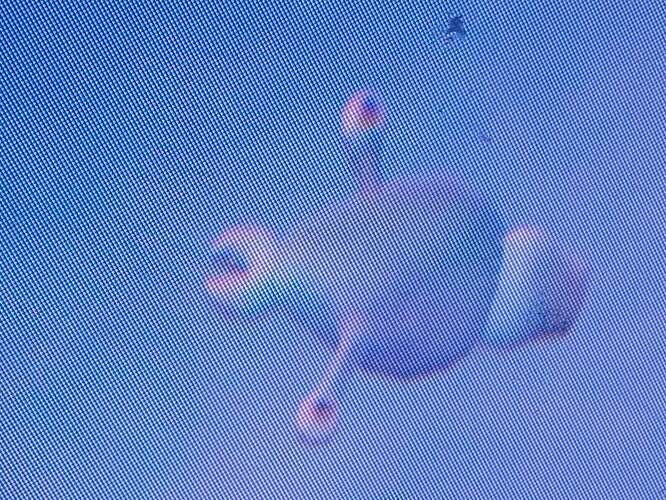 i cant tell if this is a

Dud its not a joke realy founded it in the game

That’s not currently possible to find in the game, looks more like something from spore.

Also why is this in the modding section.

Ow and my mistake for it biing in the moding section

If you enabled easter eggs in the advanced starting menu, it will have a chance to appear.

Yea i did enebal them

This is an Easter egg. Nothing odd about it.

Edit: I updated the name and category of this post for you.

I think this guy is a troll. Looking at his post history, it can be seen he has caused a significant mess in just a few hours, probably deliberately. Threads in the wrong sections, double posting, and above all, improbable spelling and grammar mistakes. For Pete’s sake, his favourite animal is apparently the “primitiv trivierem”. That is some obvious, ban-worthy trolling imo.

I think it’s best to assume they are not a troll. Assuming someone is a troll immediately without further investigation is not the nicest thing to do.

Nice!
I found this easter egg as well, its certainly a good one

Anyway, its cool that you found it

To be honest ALL of this could also just be a result of not reading the rules and some confusion as well. If you haven’t read the rules you don’t know not to double post. If you’re confused on what the sections mean you can put threads in the wrong one. The poor grammar is explained by the fact they stated their native language is not English. The favorite organism is probably just the name of their organism in Thrive.

I lot of people are responding without like, checking? i saw this Easter egg like three times, just look it up on the forum, the whole most recent update response thread is people complaining it’s too easy to find, and its in an official changelog. please don’t just be mean without checking, if someone is belgiuming you then you have my endorsement to be as annoying as you want, but give people the benfit of the doubt

i have yet to see it yet and i cant wait to find it, must be a pretty rare find.

The Easter Egg was made much rarer after the 0.5.9 RC build where it was actually pretty common to see it once every 30 minutes.

Yeah that’s the version I saw it three times in