Microbe Stage
The microbe stage should mainly be the same, except the timescale will be longer, perhaps. While ammonia is flammable in oxygen in reality, it would be a bad idea if everything burst into flames because you (or even the AI) upgraded your cell to photosynthesis.
Awakening Stage
It may be possible for an underammonia civilization to obtain metals by distilling them from the ocean.
Does anyone else have ideas?

Do you have any scientific references to ammonia-based life being plausible?
It looks like wikipedia has some stuff on this:

The ammonia molecule (NH3), like the water molecule, is abundant in the universe, being a compound of hydrogen (the simplest and most common element) with another very common element, nitrogen. The possible role of liquid ammonia as an alternative solvent for life is an idea that goes back at least to 1954, when J. B. S. Haldane raised the topic at a symposium about life's origin. Numerous chemical reactions are possible in an ammonia solution, and liquid ammonia has chemical similarities with w...

Before checking that page I had only heard about silicon based life being a plausible alternative to carbon.

speaking of xenobiochemistry; here are some stuff i’ve found previously.

To mantain its structure and functions, living beings need a constant flow of energy from the environment (and to a sink, in the form of heat). Energy can exist as electromagnetic energy, thermal energy, chemical energy, mechanical energy etc., and...

the bottom link talks about some interesting topics rarely discussed: heres one example

Amino acids are the building blocks of protein and enzymes.

Given those latter facts, Alien life might be based on different amino acids than terrestrial life. Organisms based on a slightly different mix of amino acids might have tissues chemically dissimilar to our own, and have properties distinct from those of earth life. They may have increased or diminished tolerances to temperatures, chemicals, pressures, etc. These alternate versions of the amino acids don’t particularly require any specific conditions on the other planet. Even an otherwise fairly earth-like planet could have life focused on a different subset of amino acids, and thus use very different proteins than those seen on earth.

Going one step further (and this is where it gets interesting) the Chirality of those amino acids could be reversed as well (or instead). Basically, this would mean a mirrored or inverted structure to how the amino acids are constructed, sort of a subatomic analogy to the difference between your left and right hand. The particular chirality arrangement common in amino acids here on earth is often called “left-handed” amino acids, and the arrangement common in sugars (cellular fuel) is “right-handed”. With the inverse, “right handed” amino acids and “left-handed” sugars, you’d end up with life that couldn’t interact biochemically with ours, and would be biologically incompatible with our own.

Among other effects, it would mean that such life couldn’t derive nourishment from earth foods, and we can’t digest foods native to their planet, either. Eating chiraly-mirrrored food would be like eating plastic, you could starve to death with a full stomach. This would also prevent crossbreeding or hybridization between the species, and even splicing genes via genetic engineering would likely be doomed to failure. The incompatibility could be far worse than this however, as laboratory tests have shown that some right-handed amino acids are actually toxic to plants and bacteria on earth. On the plus side this makes it unlikely for a virus or bacteria to be able to jump species and affect life from both worlds - though there are a few extremely simple Archaea here on earth that seem able to handle right-handed or mixed aminos, so that assumption is far from guaranteed.

Thanks for the links, Deathpacitoast. I found this page particularly interesting, as it gives examples of Earth life that exploits unusual chemistry. That Pitch Lake is a peculiar place! 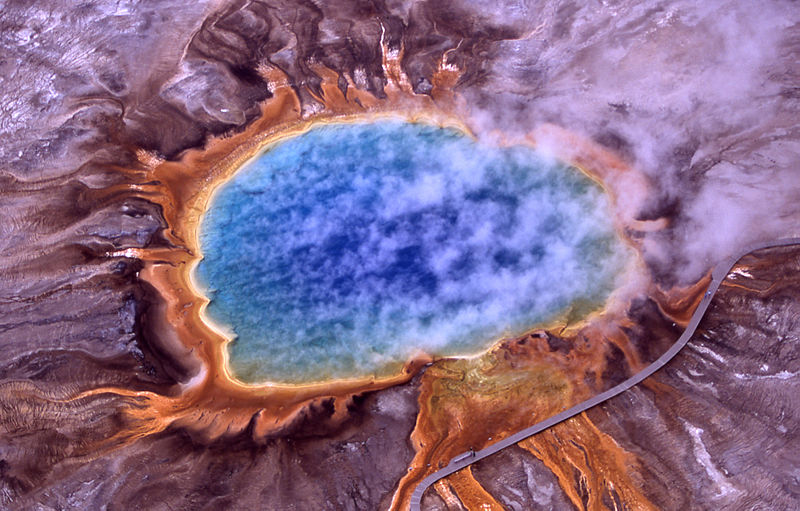 Also see: Exobiology, Habitable solar systems Recent discoveries of living organisms in conditions where once life wasn't thought to be possible has greatly expanded our scope when looking for life in the Universe, as environments that should be...

The Oriental hornet, Vespa orientalis, is a social insect of the family Vespidae. It can be found in Southwest Asia, Northeast Africa, the island of Madagascar, the Middle East and parts of Southern Europe. Oriental hornets have also been found in a few isolated locations such as Mexico due to human introduction. The Oriental hornet lives in seasonal colonies consisting of caste system dominated by a queen. The hornet builds its nests underground and communicates using sound vibrations.[ The Or...