Ideas for the Multicellular Stage [Put your ideas in this thread]

I hope you liked this idea!

zooids? you know those composite organisms

I actually very much like the idea of the reproduction button becoming a counter, and by extent, the progression button. This works perfectly in the context of the microbe stage where reproduction is otherwise blocked while in a colony.

It’s a good and simple idea!

However, we will need to consider consistency with later stages, which will not have bound colonies and member requirements that will not likely prevent reproduction. Thus in such stages, we would ideally need the buttons for reproduction and advancement to remain separate.

For early multicell, there definitely needs to be the option to make new cells instead of duplicating a different cell. Also allowing toxins to be used from other cell parts should be added (this would also apply to microbe colonies).

Maybe a pheromone system to give early communication between organisms/cells. Being able to send/receive signals about food, prey, predators, and possibly even reproduction would give more intelligence to early organisms.

The idea behind duplicating cell types is that all cells in the body are descended from each other, essentially evolving from each other. It is actually rather implausible to conjure up an entirely new cell unrelated from the rest.

Developing cells from each other is also part of the challenge; The more specialized and evolved the cell is, the harder it will be to create a different specialization from it. The more basic and simple, the easier it will be to diverge into different forms of specialization (Think stem cells). A wise player might keep a basic cell around for this very purpose, even if they don’t use it in their creature proper.

What about not allowing the player to design their colony initially? Instead of allowing to make a helicopter, all the other cells can slide around the players cell to form a sphere. When the player unlocks the multicellular editor (with much more than 5 cells, maybe a hundred or so), he or she can start with an already three dimentional ball shape (the playthrough can still be 2.5d though). After that the evolution can follow steps similar to embryogenesis.

I do think it no a bad idea, even so, its all based on how the plants grow and how they evolve and the erviamnt they have.
according to the plan in the future, its plan, but again, it is not like this patch fixed like one part its high plant and the other its small chemotropism. its all about how life adapts to that envarmant and how they fix themself, like real life biomes.

but here I have not right to answer that q.

(I know Russan, but I cant write that, if I do right, here if English fix. so next time, try to write English if u know or use Google translate)

welcome to the forums and please use english

Here’s what he said:

There is an idea of the formation of natural zones with the help of living organisms living in a given territory, that is, giant herbaceous plants live in one cell (1 natural zone), in another cell small chemotrophic organisms grow (2 natural zone). 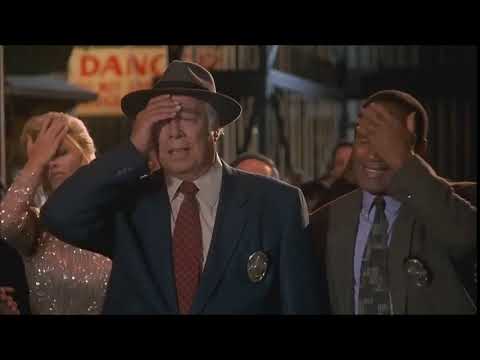 I would love to see the macroscoping editor to have a way to create eyes from a single cell and such stuff. There also should be a way to make interior parts that would later make internal organs.
Also how will you grow your species in size?

Once cell growth order is implemented for early multicellular, you should add splitting you whole organism as a reproduction option and make it default;
I say this because new players seem to get really confused when they enter multicellular and then see one cell, and then think it just isn’t implemented.
I think this would alleviate that somewhat, although it should probably be (one of) the least efficient option(s).

I plan on adding a tutorial welcoming the player to the new stage which’ll explain it:

Add a welcome to multicellular tutorial

it should at least welcome the player to a new stage and mention if they are usi…ng the budding reproduction that they start off playing as the bud and need to grow to get back to the editor.

Edit: also if the cell growth order is added, the players would need to go to the reproduction tab to change it. That’s where they’ll see they are using the budding reproduction, though granted that option currently doesn’t have an explanation tooltip.

I want to ask question: Who the F🇧🇪 decided to turn nematocysts into organelle in future if it is a cell type?

The author of the idea apologized, but it was probably just on the dev discord that they got the organelle name and the species name that uses it mixed up.

I’ve been referring to cnidocysts as nematocysts for a couple months now. I admit it is a very easy mistake to make.

2 posts were merged into an existing topic: THE NEW Miscellaneous Talk That Doesn’t Deserve A New Thread Thread Thread