I’ve been a developer for about a year now, contributing to Thrive’s 0.5.4 release onward. Sadly, as I’ve grown more busy in real life, I’ve found myself no longer able to support the kind of sustained work it takes to get a Thrive PR up to production quality. Ideas for stuff I want to play around with, however, have abounded. In addition, sometimes I think of a change that I know how to code, but don’t want to take up the resources to review and test.

After considering it for a while, I decided to fork of my own version of the codebase and use it to develop independently, in a more experimental direction.

After a few mad late nights of coding, I now present to you: Thim's Thrive Fork by raggaaa

This is a different version of Thrive, that will likely diverge more over time as I come up with more whacky ideas. While I like what I’ve been able to do with it so far, keep in mind that there are a few things that you’ve grown used to that I can’t promise with this fork:

If none of that scared you off, feel free to give it a download and check it out! Feel free to comment with any “I did this, and this weird thing happened” but reports, but I will be ignoring any “it just won’t open” issues. I’d also love to hear specific feedback on the experimental features I added, but please leave suggestions to other threads.

It’s always better to contribute to “real” Thrive first and let me steal your stuff, but if you want to contribute to just Thrive’s one-dev B-team, I’ve got my own repo: GitHub - adQuid/Thrive: Thim's variant of Thrive.. I will be allowing dumber stuff on that repo than the main one.

I will post in this thread when I have a new version uploaded, which will happen at completely arbitrary points as dictated by my enthusiasm.

First version is out! (obviously)

That means plant gameplay is now “in”, even if it isn’t “fun”

Jokes on you, I never used those membranes to begin with

Can you de-capitalize the new toxins name, my mind just instinctually gets infuriated by its all caps, for some reason.

Aww my first bug! I uploaded a hotfix for it.

also, you have the problem of microbe parts not being sized right

I’m getting a screenshot rn

That I wouldn’t know. Got a screenshot? 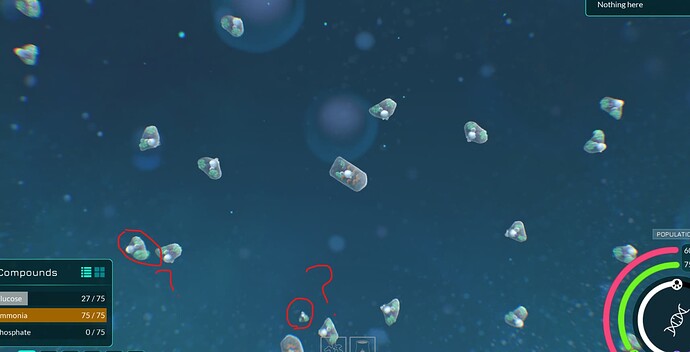 Is there a prototype macro for this, or not implemented?

A new version has been uploaded: Thim's Thrive Fork by raggaaa

I was not able to do the Lamarkian behavior evolution I said I would do on the last Thrivestream, but I have made some of the AI refactors needed to make that happen. My first priority for the next release, however, will be an overhaul to the auto-evo, hopefully to the point of being able to support NPC species in multicellular stage!

Very intresting this is going well