I was playing as a 2 celluar organism, which had enough phospate to reproduce, but hadn’t enough ammonia. Then anouther cell swallowed only one of mine 2 cells, so I lost some ammonia and phosphate, but game still showed white line for phospate instead of purple, but shown that I hadn’t enough, but when I had enough ammonia and phosphate I couldn’t reproduce (like in photo) 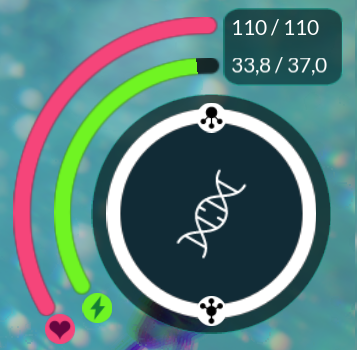 so that they don't stay white when no longer being filled up. Also a related pro…blem: https://github.com/Revolutionary-Games/Thrive/issues/3550