I guess it fits in, then. I don’t have time to look into those points now, but those seem also very far-fetched. I think there was some earlier discussion on whether life could form in small space floating rocks (instead of planets).

Fair enough.Just give the video a watch when you have 30 mins of time.Explains much better than me what could be done.
But mountains that reach to space can have plants for example evolve naturally at the base of the mountain and then make contact with space by growing up the mountain and evolve to adapt there.

Was there an explanation how a planetary body could have such uneven surface that mountains can reach into space? Won’t gravity prevent that? And besides even if you go up such a mountain and you are in “space” then what? You can’t get out of the planet’s gravity well anyway without reaching the escape velocity.

I can go into details if you want but it depends on what you consider vacuum and we have a limit sample of planets to sample for highest peak/atmosphere height.
Lower gravity = more uneven surface.I dont know where i got it ill link if i find it.So the lower gravity also help with escape velocity.

Mountains are higher than the atmosphere?

For those with weak computers

This is like a slogan, and below is a logo 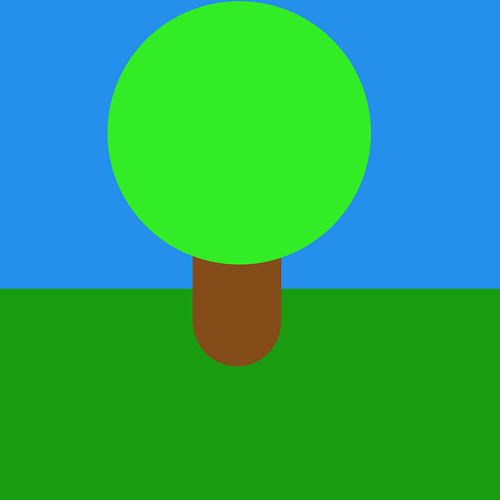 Man, You didn’t get the joke

No, “Man” YOU didn’t get the plant gaymplai, you can photosintetyze and grow!

Tin, you’re right, I was wrong

I’m let down and humiliated

cant wait to play as a sentient plant underwater civ

I want to play for the unreasonable FORG

I think it would be cool to have different routes, one where you can try to develop defensive parts to prevent yourself from being eaten, (spikes, poisonous, ext) and/or another route to where you try to form a relationship with other species to where your nutrition or help in some form makes them thrive, and then they can later on develop ways to help YOU survive and reproduce for exchange for helping them survive (pollination, fruit/ vegetables, ext). And the “end game” could be surviving long enough until a species uses you to help terraform/sustain them while still making changes and everything to yourself until that species reaches awakening.

That’s basically been the idea forever to fix the plant gameplay. Basically throw the player into a customized strategy view early where they manage the spread of their plant species instead of playing as an individual plant in a waiting simulator.

Yeah, that sounds like a great way to do it, and it’s not like it has to be perfect off the bat, you could just start small with basic gameplay and then test out changes here and there for each stage until something comes out of it that can be fun, and even while play testing someone could come up with an idea that no one would have thought of just talking about it. I just believe plant gameplay can be very unique and fun.

Here is the real question though, can you make it to the accession stage as a plant? Sure it would be incredibly slow, but if you did it right, you could be an underwater plant space faring ascended civilization, there should be a special achievement for that, jus, like, unlocking all creative tools and dev hacks/builds.

You would have to gain sapience as a plant first

Im actually against this.

It’s a dead end gameplay shift, that either eats up some random devs time and effort, or it’s put firmly on the back burner for literal years even as the rest of multicell development far surpasses it, leaving plants themselves either unplayable or restricted in options.

The issue is assuming that plant gameplay being boring is a problem in the first place.
If it is, then it’s a problem that is entirely chosen, and entirely preventable, by the player.

If the player wants to make an organism that can sit in one place and accrue resources that come to it, let them.
If the player wants to see if they can make an organism capable of thriving without much player input, let them.
If they want it to be essentially a “tower defense” where they set up their organism with spikes or other methods of defense that don’t require player input, and then see how it goes, let them.
If they decide that none of the above is interesting enough, and they want to either adapt a method of movement, or start over on a new save, let them.
And if they decide that what they really wanted was to be a “plantimal” that is only photosynthetic to a point, and still retains the ability to move, (even if they are doing both things inefficiently) let them do that too.

Not everyone needs to find every method of survival equally entertaining. If you make an organism that you don’t enjoy playing as, change it. If you want to play an organism others think is boring, that’s your business.

Don’t shoehorn a plant population sim into the game, when you can simply allow individual plant gameplay to work as is.

The only things plants in thrive actually need, are parts like spikes and poisons and shells (which other organisms can also use in their designs), and parts like flowers and leaves and fruits and branches (which may or may not be used in other organism designs, but do absolutely enhance the gameplay of other organisms).

The picking and choosing of the features of your organism, and how they allow other organisms to interact with it, is the crux that allows plant gameplay to be interesting, and that will exist with or without shoehorning “strategy mode” onto plants.

It’s a dead end gameplay shift, that either eats up some random devs time and effort, or it’s put firmly on the back burner for literal years even as the rest of multicell development far surpasses it, leaving plants themselves either unplayable or restricted in options.

You just described like 70% of all feature requests we get. Which is why they are mostly relegated to the “we can add that but it is not high priority at all” pile.