Plasmids are “Floating” circular DNA that are independent from the main genome of the organism (Organisms being cellular, mostly in bacteria but can also be in eukaryotic organisms) that can replicate, be transferred between organisms (typically through a “Pilias”) , and be carried over during miosis, they can also integrate into the main genome. 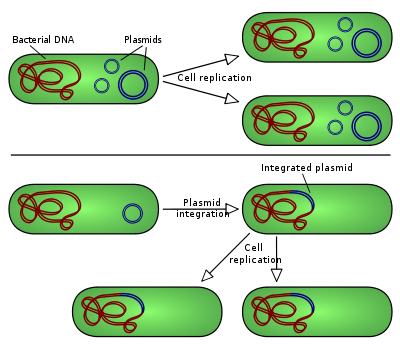 Plasmids are typically beneficial to the host, giving an survival advantage. They are classified by what they do (Plasmids can belong to different classifications)

GAME IDEA
I was playing a game called “Control” and you have the ability to upgrade yourself and your weapon with modular upgrades, I was thinking you could also do the same in this game as well.

You can obtain these plasmids from other organisms (either through phagocytosis of a organism or willing transfer, perhaps after some sort of resource trade?) these upgrades can help improve the likelihood of you surviving by

When you are in the editor, you can change out active plasmids with stored and collected plasmids , integrate plasmids into the genome for later use, and remove plasmids from the genome.

When editing the genome, you can activate plasmids with MP, certain plasmids have more complex (therefore better, maybe based on tiers?) makeup and therefore take more MP to activate.; you only have a certain amount of space in a genome though.

If you integrate a plasmid into a genome, you can later activate it at a later date. if not integrated, it gets removed from the selection after evolving (effectively getting lost) 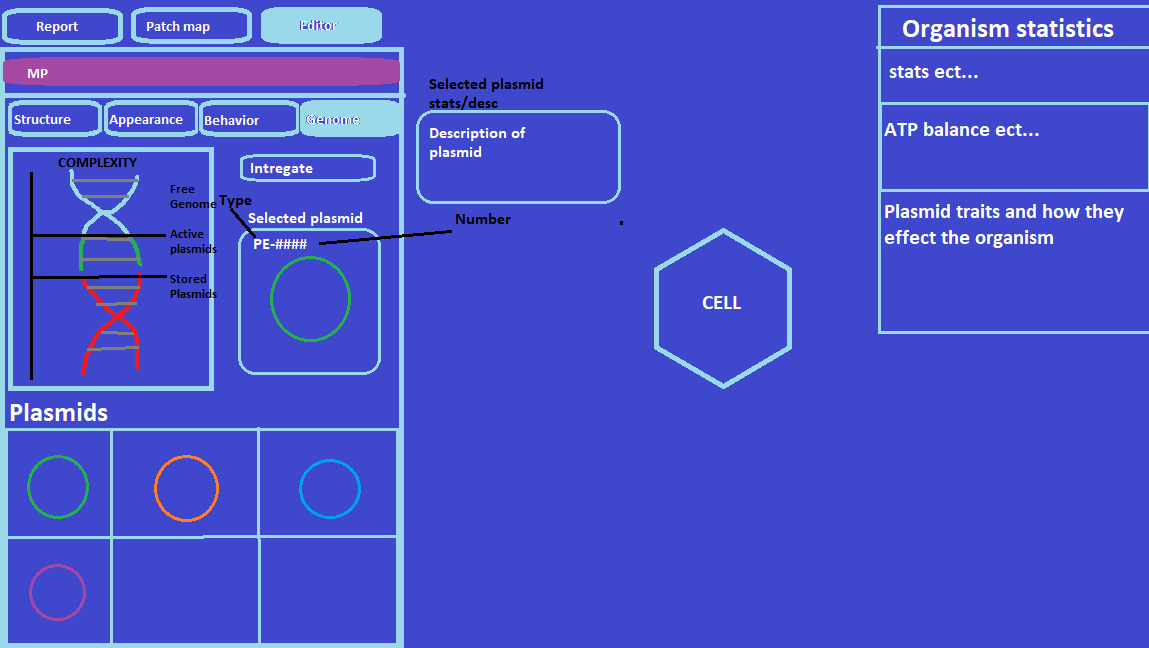 Biome rework
Biomes and organisms get reworked with resistances in mind

I think that is it for now, might come back to this.
Thanks for viewing this!

Some posts about plasmids from the dev forums:

I am kind of re-igniting this old discussion (Prokaryote Gameplay) , but now that we have prokaryotic game-play i think its time to start a new thread with ideas that can be put into our newly added prokaryotic gameplay to at least partially...

So the idea has been raised a few times of having the Microbe Stage start earlier, as in with the first cell, not just the first eukaryotic cell. Here we can discuss whether it’s a viable idea and how it would work. I think it’s a good idea, but it...

Finally had a chance to go through the list of changes and here are my thoughts: The list looks great so far. I have a few questions about some of them: Microvilli: Why does microvilli increase the yield of compound clouds? Why not have it do what...

This is a thread for collecting links to useful scientific concepts and examples of species on Earth. Environment Here is some information on a relative shallow (570m) hydrothermal vent. Information on abiotic oxygen production on exoplanets. ...

This is a really neat idea, it really reminds me of the earlier protein systems that were tossed around in the dev forums a while back. Of course, yours certainly seems more appealing than those concepts in my opinion.

However, it was eventually decided that the system would ultimately find better use as part of the upgrades feature rather than being an entirely separate thing. This is in hopes of further streamlining the player experience by reducing the amount of micro-adjustments to make and avoiding having too many different tabs and menus which can be really hard to avoid when you want alot of depth.

Your idea would unfortunately be handled similarly, as cool as it is.