Questions for the 0.5.8 release Thrivestream

0.5.8 is coming along with a new livestream to go along with it. We are bringing back this thread to ask questions before the stream that we’ll be answering during the stream. 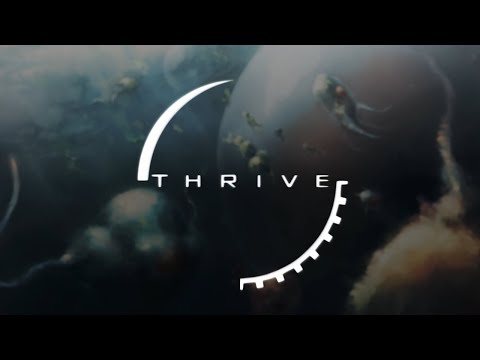 Now that they have added the prototype of the multicellular, do you have a particular direction that you plan to go with or add something to? Like for example a matrix between the cells or a way that you can swallow cells that are usually larger than you and now that you are multicellular, are you able to swallow them?

Are there plans to add more ingredients to the game like different types of sugars, different gases or by-products?

any new plan to add an mass extinction in the close future?

After we become macroscopic, will we be able to make traps for prey to fall into?

Are there any specific features you plan to add in the next few updates?

Of the features yet to be added to the microbe stage, which one(s) do you think will most significantly change the game design? I think environmental tolerances will be rather transformative.

What upcoming features of Thrive most “intimidates” you in terms of getting them done? For example, does the aware stage editor seem like a really difficult thing to program/conceptualize?

Any Thrive design hot-takes? Mine is that we should replace the phosphate/ammonia clouds dictating growth/reproduction and instead have a very short and simple growth system which can be reduced or lengthened depending on how much ammonia you gathered (I bugged you guys with this already). Also, maybe the extent of how plants will have gameplay attached to them might have to be reconsidered.

How you guys doing?

When you become macroscopic do you lose the ability to change every cell?

How will the different reproduction options effect gameplay?
Also, what are your estimates for the number of cells needed to progress to macroscopic?
One more thing, if you make it so the limit is high to reach macroscopic, will you make 3D creature building a thing as a microscopic animal, like tardigrades, or is the macroscopic thing just a signal to say, “Hey, after this point you can build in 3D!”?

I haven’t seen an answer to these yet, so I’ll ask them here

How non-Lawk do you intend to go? I know at least some will be present, but how much? Will alternate biochemistries/makeups (ex. Hydrogen breathers for life in the ‘void’ of space, maybe even cosmic string or nebula cloud lifeforms) be possible? What about electrotrophs, kinetotrophs, radiotrophs, etc.?

Will there be alternate ways of becoming multicellular without a nucleus being necessary? Not necessarily purely prokaryotic, but maybe with an alternate option to a nucleus that could allow multicellularity like the nucleus does but with different pros and cons to each option.

And finally, what are your opinions on adding earth life? While nowhere near necessary, I think it would be cool if at least some common or better known earth life to be in the game as creatures you can select to put on a planet or manipulate as you will in the free build mode or ascension stage. While a player could theoretically develop some of them, I think it would cool to not only have wild and wacky creatures to play around with, but also ones much more familiar to us.

There are more questions I could ask (currently wondering about the limit of freedom for the aware stage editor (concept, at least)), but those questions would need more fleshing out to even begin to ask about them.

Now that multicellular is at least in the prototyping stage, will the patch map be expanding more? Thinking specifically land based patches. Mind you, the last time I actually played myself the patch map had only just been added, so I’m not entirely sure what the state of it is.

Also a bit curious about exactly how the transition happens, like, at what point after you get binding agents do you lose access to the cell editor and gain access to the… Whatever we’re calling it? Or do you not lose access at all yet, you use that editor for differentiating the cells for different purposes and those are the cells you can pick from in the other editor, they’re just, multiple tabs or something?

I had another thought, but it’s gone now, sí that’s all unless it comes to me during the stream.

Oh, and btw. Happy Easter Everyone!

Mutate will remain the same in the multicellular stage or will it be different?

I’m really happy for you guys to have the second stage in development.
I have a few questions.
Hows the patch and planet generator doing?
What possible non-earth organelles could be possible to add in game?
How is the 2d to 3d transition look like? Or is still too soon?
Will the finished prototype of the 2d multicellular have the cells actually combined instead of floating between each other

According to the current Multicellular Stage GDD, in the late (macroscopic) game, the different tissues (representing large agglomerations of identical, specialized cells) will be edited by accessing the microbe editor, similarly to the early (microscopic) phase. The way I imagine it, every tissue will have unique properties (such as strength, stiffness and elasticity), which will depend directly on the cellular body plan created by the player for that tissue, which leads me to my question:

What is the current concept/idea of how the game will relate the cellular design (with its particular stats, such as “velocity”, “compound balance”, etc) with the properties of the tissue?

How is waste management going to be dealt with?

Will the amount of ammonia and phosphate you need in order to evolve in mid-late multicellular and late microbe stage be lessened? It takes extremely long to get compounds after you are an hour or two in.

i think as u go into macroscopic the main way to get the ammonia and phosphate is other creatures, and or filterfeeding

What is the current status of the feature to vary the concentration of atmospheric gases on the patches with time? Which are the main difficulties/challenges of its implemention that you are encountering?

Can we get another episode of let’s code Thrive?