and if one were to compress

Prove that that is possible.

It can’t necessarily be compressed. See for example how waste heat increases entropy permanently, using up all the energy available will make it permanently be stuck in a form that cannot be used anymore. So can you say why the dark energy wouldn’t act like waste heat?

This is exactly why I hate debating on the forums because people just keep bringing up poorly researched points that hold up to 0 seconds of scrutiny. And then when someone points that out, they move to the next poorly backed up point.

Dark energy is already the domain of mathematical modelling and pretty theoretical physics. What indication do you see with the existing knowledge that compressing it would be possible at all?

So finally you admit that you have no evidence for your claim (no evidence that dark energy would have some property allowing it to be compressed)? You just took some area we don’t know everything about and put a random idea in there that might explain a crazy idea you had. I’ve ran out of sanity and will not be replying anymore on this topic.

leads to stuff like faster than light movement(like the expansion of space) and time travel into the past.

dark energy doesn’t push us you back in time

Ftl travel causes you to go back in time. 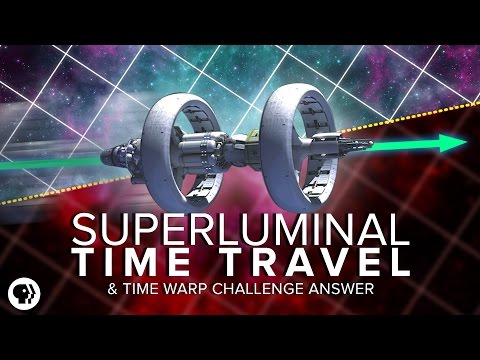 But when the universe expands faster than light, things only move away from each other and you don’t come across your grandfather, whatever your ages might be.

[1]Particles and asteroids made from dark energy?

Even if we were to somehow create an Alcubierre drive by creating something with negative mass (if you’re able to even get that matter into the shape and location you need), Alcubierre drives still suck since they can’t really be steered or stopped. That might make them useful as superweapons, but they’re useless for transport (unless you somehow know how to flip gravity on and off)