So with Nick no longer seeming to work on his auto-evo algorithm it seems the devs are now mostly pushing for a less complex approach. While I can understand that this would be easier to understand for players and more performant there is one small issue with this: Every time Thrive moves to become simpler I have a fucking heart attack and a Spore flashback.

For my long term goals I hope to eventually go beyond what Nick did, implementing actual evolution instead of just a population-algorithm. I’d also like to see if I could make the algorithm continuous instead of discrete for performance’s sake.

I am working on this as a separate program for now, because coding is hard enough for me when I’m not working with a largely undocumented existing codebase. But I hope to eventually turn it into a ‘harsh-realism’ mod.
In this thread I will focus on the logic behind the algorithm, similar to Nick’s thread. But I also plan to eventually make a sort of ‘game designers summary’, that only focuses on variables a game designer could tweak.

What I currently have is a very basic population algorithm. You can input a single species of microbe, and the size and amount of food sources in a patch. Species must swim towards food sources, and if they don’t find enough to sustain them within a timestep, a fraction of them will starve. The time that isn’t spent hunting for food, is spent reproducing. The amount of offspring this generates is currently based on an arbitrary factor multiplied by the time spent.
This is all very similar to episode 1-5 of Nick’s algorithm, with the following exceptions:

To finish this post here’s a graph of how Primum Thrivium and some variations of it do in the simulation:

Schermopname (87)1793×568 52.7 KB
You can see that species grow exponentially at first, until resources in the patch run out. Then, a large fraction of them starve, and only those who can subsist on the amount of food that gets added each timestep remain.
Auto-evo appears to agree that one-hex is best hex. However, it currently thinks that both the cell-wall and the metabolosome are better than basic one-hex. This is because we assumed that reproduction is happening at a constant rate. In the real game, both of these options would slow down reproduction due to a speed reduction and an increase in resources needed respectively.

Hope to see you in the next update, where I will be allowing multiple species to coexist and compete with each other!

Judging by your Stellaris mod, I have high hopes this’ll prove interesting.

Awesome, it will be really fun seeing some better AI evolution.

So, just curious, what exactly do you mean by actual evolution in this case?

I would assume they mean they are trying to make something that accurately represents survival of the fittest, just for computer generated organisms instead of biological ones.

why are there so many ants

Oh boy time for an update!

Today we’ll be introducing multiple species into the same patch and simulating them coexisting.
They won’t eat or fight each other yet, that will come in a later update. Instead we will make them compete
over compounds by racing to get there first. In this update I will explain the math behind this to you, and show you the results.
To be entirely honest, I don’t understand exactly what Nick did here or whether it was correct, so instead I started from scratch.
I put all the math stuff in a spoiler to prevent this post from bloating, but basically:

This gives us all the information needed to start making microbes compete with each other.
The first thing I did was ran 3 tests to verify that the system works even in weird scenarios:

Now for the graphy stuff! If any of you have scenario’s you’re interested in let me know but here is one I came up with: We have two species, Primum Thrivium and Primum Abyssus (two hexes of cytoplasm with a single membrane). Both of them compete for glucose.

P. Thrivium immediately has an edge due to being faster, which allows them to get to the glucose first. Despite this they eat less glucose in total, because they need less. Thus, it is Abyssus who causes the food to run out, and Abyssus who pays the price. Thrivium then starts growing again, but quickly runs into his own food shortage, settling into an equilibrium population just before the simulation ends.

Second graphy thing! This time we pit P. Thrivium against P. Flagellum (one metabolosome and one flagellum). P. Flagellum needs way more glucose to survive, but is also way better at competing. Place your bets everyone!

F in the replies for P. Flagellum, who was unable to even gather enough glucose in a month to sustain themselves. Even if there was no competition they would have died within a couple months. P. Flagellum’s natural habitat would have to be very glucose rich. That said, I do think it’s a good thing that the algorithm is harsh on species like this. It shows that it actually knows what species are suboptimal in the game.
Meanwhile P. Thrivium is just chilling, barely noticing that P. Flagellum was ever there.

I’ll see you in the next update, where reproduction will work just like in the real game. Microbes won’t just have to compete for food, but also for phosphate, and ammonia!

No reason, nothing suspicious here. Guys, they’re on to us!

How do I install this mod. I must know

You can’t it’s not even remotely close to being done yet.

Do you have a flowchart or something similar so it is easy to visualise?

A flowchart of what exactly? Competition? The whole algorithm?
The only thing I currently have a flowchart of is the steps an individual microbe goes through when finding a cloud.

Sorry if I was confusing, just woke up.

I meant a flowchart of the AutoEvolve process, but at this stage I think it wouldn’t be fully complete right?

At the current stage the only thing that’s fully simulated how I want it is gathering compound clouds. The algorithm then shows you the population of species over time based on how good they are at gathering clouds.

There’s not even actual evolution yet, which will come once I’m happy with the population algorithm.

Is there a plan of making sort of dev builds.

Making dev-builds is kinda pointless because in my current plan any sort of UI is literally the second to last step. The last step is “see if you can turn it into an actual mod instead of a separate program”.

So unless you have basic coding knowledge and access to the source code the only thing you’d be able to do is run the same scenario over and over again.

In other news I tried to get the ‘collect compound clouds to reproduce’ thing working today, but I’m having a hard time balancing it.
I’m also being plagued by an annoying bug where the order in which you enter organelles into the species has an effect on the compounds they can produce.
If you first give it an organelle that costs ATP (e.g. nitrogenase) and then one that produces ATP (e.g. mitochondria) the species correctly realises it can use the mitochondria to make ATP for the nitrogenase.
But if you order them the other way round it just goes 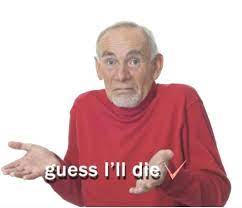 Time for an overdue update:
Today I overhauled the way reproduction worked.
Previously I was doing reproduction exactly the same way Nick was: Every microbe has an arbitrary reproduction factor. For every full timestep spent reproducing they create a number of new microbes equal to the reproduction factor (set to one in the previous updates). This has two unrealistic consequences I’d like to fix:

In the simulation, I made microbes gather and compete for clouds of ammonia and phosphate just as they do for food. The amount they need to collect to create one new microbe is based on the composition of their organelles, taken from the source code of the real game. There, I noticed to my HORROR that metabolosomes and thylakoids both cost LESS than cytoplasm. I resisted the urge to correct this because it doesn’t make sense, and will adjust my speedrun strategy in the future.

Anyway, this fixes both issues:

Here are some example scenarios:
A cyanobacterium (1 thylakoid, cell wall membrane) is alone in a patch, what will happen now that he has to work with limited resources like this?

It still grows (almost) exponentially at first, but the graph levels off once ammonia and phosphate run out.

For our next experiment let’s see what happens when we make P. Thrivium compete against Ammoniae Aedifex (one metabolosome and one nitrogen fixing plastid). A. Aedifex will be able to make ammonia out of thin air, but constantly spend ATP doing so:

Schermopname (92)1178×512 27.8 KB
Unfortunately A. Aedifex was not able to keep up with the ATP costs and quickly starved to death. A look into the internal variables reveals that they were not able to collect glucose fast enough to keep up with their ATP demand once it got below a certain density. Once they go extinct P. Thrivium briefly peaks due to its new lack of competition, and then falls into its equilibrium population.

For the final experiment I want to test how much better metabolosomes really are than cytoplasm. So I pit P. Thrivium against P. Metabolosomus (one metabolosome):

ngl I was completely taken aback by this. P. Thrivium actually held his own! This is the first time in all my testing that a species was able to survive in the face of superior competition. Not only that, but he never actually reaches a stable equilibrium, instead bouncing back and forth between two populations. I suspect that this is a fluke of how various numbers are discretised (like the number of clouds, number of microbes, etc.) and that the population would simply reach 72 in a continuous model. But who knows, irl sometimes shit like this happens too.

I am beginning to suspect that the patch I’ve created might be a bit too harsh, if even super-optimised species like P. Thrivium and P. Metabolosomus are barely clinging on with less population than they started with. That’s why I’ll see you next update when I’ll be recreating some of the patches that are actually in the game.

Until then hmu if there’s some scenario you’d be interested in seeing.

what about glucose decrease? Will you add it to tbe simulation?