How does this game work?

You pick a creature and evolve it to help it survive. . .
Simple isn’t it?

My previous game was far too unrealistic, and thats why I’ve decided to create a far more realistic game for those of you who really want to explore what evolution can do. and this will be done with the implementation of new more strict rules:

First of all. for everyone’s sake.
please describe your new creature/adaptation as well as you can, and please refrain from using simple sentences. such as “it grew a jaw”

If you want a guideline on how to describe a creature, ive created one myself:

New adaptation(s) and the uses of the adaptation(s):
Basic description of appearance: (make sure you include its size)

Reference image: (Not required. just helps me make your creature look like what you want)

while doing a simple test run on this forum. i realized this forum plays the game alot more diffrently than other forums. they evolve internal things more then external things. eg muscles, sensory organs. thats why ive decided to draw 4 images for one creature.

The external image (skin, eyes, things you can see looking at the organism in general)
The muscular image (muscles)
The organ image (organs)
and the skeletal and nervous image (sensory organs, spine, nerves, bones and ‘brain’)

keep in mind i may not be as fast when pumping out creature drawings due to this though.

also, introduction of a new thing. flora editor. you can now evolve plants! however. their evolutions will be simpler and only consist of 1 image.

Well then, now that the technical stuff has been said. lets get the fun stuff ready! 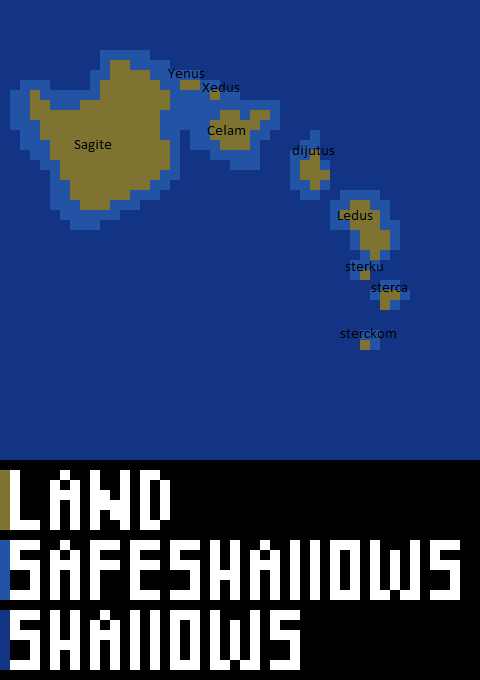 these are the islands of paradis a small group of islands which are isolated from the rest of the alien world. the water is warm and the islands are void of any life. the sea on the other hand. . .

behavior:
purple afro kelp are simple creatures who do not act. they just photosynthesize.

sexual behavior:
purple afro kelp are sexual plants and store their sex cells in little sacs on the tip of their bodie. giving it the appearance of a afro. and when the current is stronger. the sacs burst open and the sex cells all intermingle with one another.

new adaptations:
N/A
appearance:
The purple afro kelp arent very tall. with the average height being about 1.5 meters. they
also have little bulbous tips at the top of them. giving them what looks like little afros. 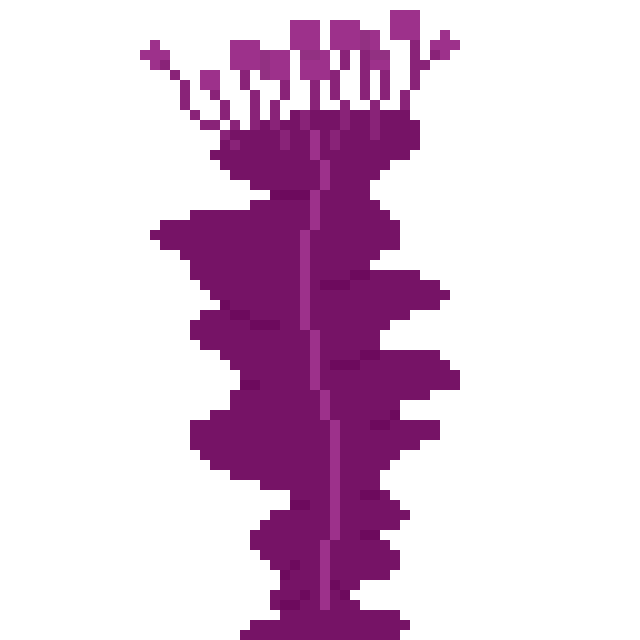 behavior:
similarly to moss. the purple sea moss is able to absorb nutrients through its skin. and is able to photosynthesize

Appearance:
Purple sea moss is fuzzy and velcro like in texture. their bodys are soft and moss like. and they arent very tall. with only a height of 50 cm. 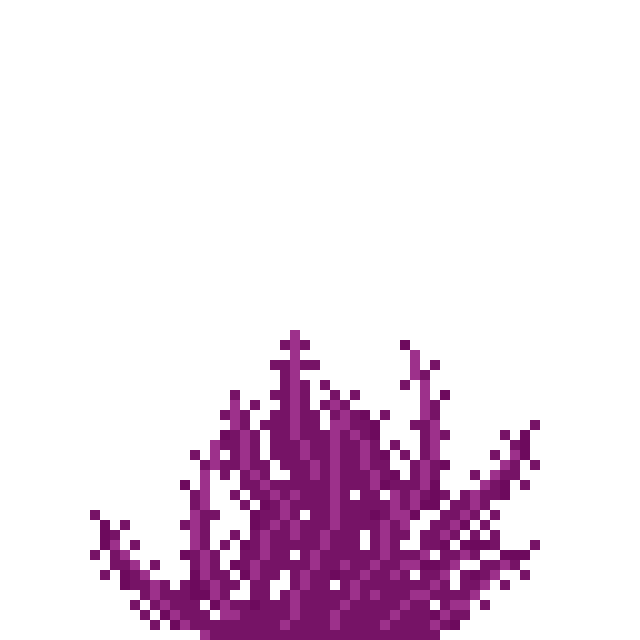 Now that the plants are done. Animals!

Diet:
anything they can fit in their mouths. (sea dust, detritus, waste, other seafish. etc)

behavior:
The Tearfish is a very simple creature, its able to ‘swim?’ by tensing up its muscles on one side of its body and doing so on the other side of its body. though its body is far too primitive to really move much. so instead they just follow the current until they reach a calm spot. They have simple sensory organs on the side of their bodies which help them orient themselves upright and know their depth depending on how light or dark it is. their digestive system is very simple, only consisting of a jawless and toothless mouth. a long tube which can assimilate food into its body. and a hole at the end of it, and they have 4 gillslits. and have a primitive heart. and lack a gas chamber to let them float up or down.

Appearance:
The tearfish is a silvery and transparent colour. and are only about the size of 3 cm. and have 4 gill slits 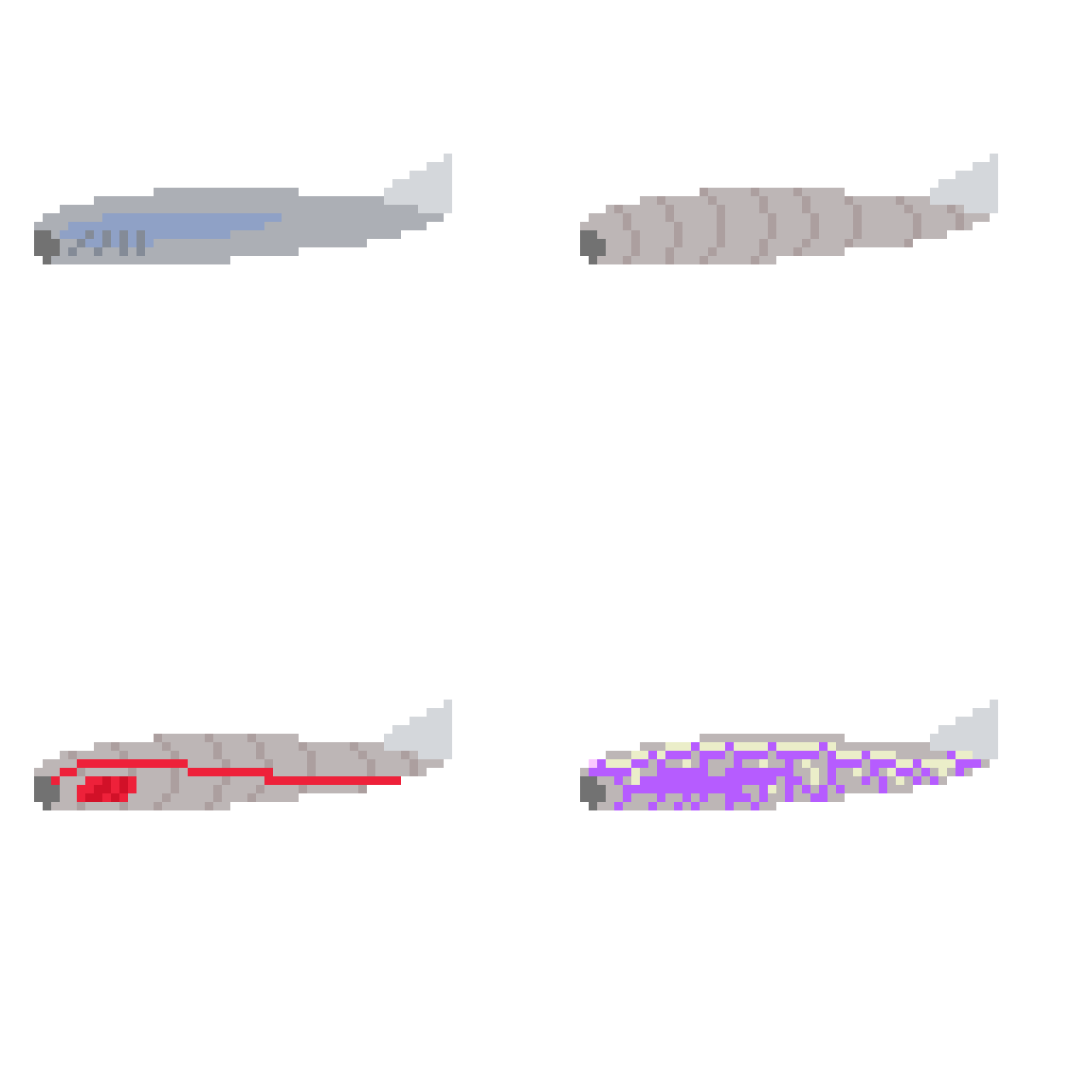 yeah, i didnt want to start from something like unicellular life.

If you want to start with unicellular life though. I dont mind.

Behavior: Koanda fins are extremely aggressive when hunting but when they are mating or eating they are docile much like the kondoa fish. Live in large colonies on edge of shallows in safe shallows. Build nests out of various plants and pebbles in safe shallows.
Sexual Behavior: sexual reproducers females secrete liquid that males are attracted to, but to rapidly produce multiple Koanda mate with a single female. Lay hundreds of eggs in nests, but only a few eggs survive

New adaptation(s) and the uses of the adaptation(s): slightly larger than kondoa fish which helps them consume kondoa fish. Fins are slightly larger and stronger. Lost ability to change color.
Basic description of appearance: much like kondoa fish except body is 8 inches and fins are 3 inches. Usually bright blue color for females, darker for males. Has small stomach but does not have digestive liquids so instead uses consumed pebbles.

habitat: Shallows
Diet: Any animal that fits in it’s mouth

New adaptation(s) and the uses of the adaptation(s): Armor and fins
Basic description of appearance: About 5 feet long, brown, with plates of armor and 2 fins, each with three prongs on it. It had a normal tail and gill slits (compared to a shark).
Reference image: Link below, but with more armor basically. 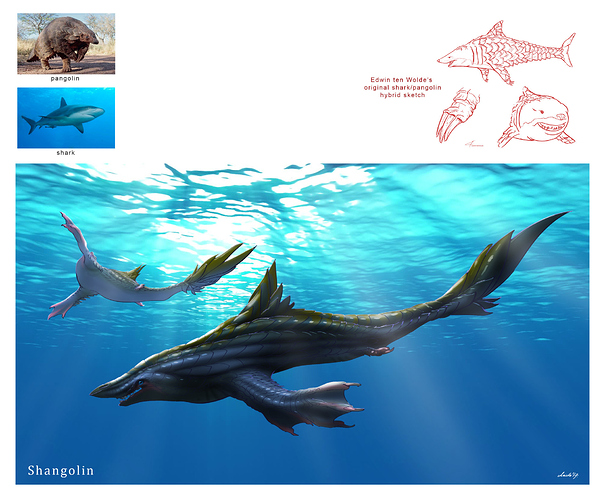