This is going to be rather broad and unfocused, but one thing I oftentimes wonder about is how specialization around specific food choices and playstyles can be incentivised in Thrive.

If you look at the various branches of the tree of life, you find differences in strategies of how each group of organism gathers energy. Plants are sessile autotrophic organisms which depend on the sun. Animals are heterotrophic organisms that generally exhibit the greatest amount of motility of all life. Fungi are generally heterotrophic but are also largely sessile, like plants. Of course, there are oftentimes exceptions. Certain plants, like the Venus flytrap, evolved an animal-like mobility, and certain animals display a certain capacity for photosynthesis by forming symbiotic relationships with algae, such as species of salamander and slug. However, as a whole, each kingdom of life generally exhibits characteristics which reflect that kingdom’s preferred choice of gathering energy and resources.

Looking forward, I wonder how this trend of “specialization” will be incentivized in Thrive, and to what extent it will be incentivized. There are definitely a lot of solid concepts on the community and development forums which can help make evolutionary choices more consequential to gameplay strategies in future stages. I wonder if these concepts are enough, or if another mechanic will have to be introduced. And that is ultimately the point of this thread: to review such concepts which seek to encourage specialization and see if they are adequate, and to understand how consequential choices in the cellular stage will be to future stages.

Right now, evolving into a hyper generalist cell capable of photosynthesis, chemosynthesis, utilizing iron as a food source, and phagocytosis isn’t discouraged. Whereas organisms in the real world would either be reducing the efficiency of each method of metabolism by becoming hyper-generalists or would not have received selective pressures from the environment to evolve said hyper-generalization, no such thing exists currently in Thrive.

It is important to note here that in the real world, unicellular life - especially bacteria - are incredibly diverse and sometimes do have various ways to secure energy. This is largely due to lateral gene transfer, which basically allows cells to integrate important genes - and thus, rapidly shift to new more successful metabolic pathways - more easily than say a complex multicellular organism that reproduces through sexual reproduction can. Within certain bacterial communities, evolution can literarily be a grab-and-go toolkit where microbes pick up whatever gene is useful and integrate this gene into its DNA. What this means is that in the microbe stage, it shouldn’t be that difficult or inconceivable for the player to be able to rapidly shift their metabolic pathway, and this is good for gameplay; the microbe stage should allow experimenting since the world is new, rapidly-shifting, and unstable as players are figuring out how best to proceed.

But still, there’s some limits. As I previously mentioned, the two big obstacles which limit hyper-generalist creatures are:

Of course, there are definitely other obstacles to consider. But the two mentioned are more immediate and fundamental.

The first obstacle is so because major food sources vary across different environment. You’re not going to find as much iron in the middle of the ocean as you are a cave because there are surfaces in a cave. There’s more hydrogen sulfide near hydrothermal vents because there’s an active source of the compound. There’s more sunlight near the surface of the ocean than there is on the floor. As such, it wouldn’t make sense for a cell to evolve the capacity to photosynthesize on the ocean floor, and there isn’t as much of an incentive to evolve the capacity to consume hydrogen sulfide near the surface than there is near a hydrothermal vent spewing such substances. Across different habitats, food sources differ, so it makes sense for there to be different means of gathering energy. Rarely is there a habitat which has a huge number of equally accessible food resources, and if there is, those conditions usually don’t last long enough to warrant significant evolution.

The second obstacle is due to differences in the mechanisms of each energy-gathering metabolic pathway, where becoming adapted to a specific food source compromises ability to grab another food source. Take plants and other photosynthesizing autotrophs as an example. If you stack two photosynthesizing cells on top of each other, one’s access to the sun is compromised. It would make more sense to put two plant cells next to each other to maximize efficiency and output. As such, plants prioritize surface area and minimize volume, wanting to be as wide yet skinny as possible, resulting in the evolution of leaves. While this is incredibly efficient for plants, such a morphology could be bad news for heterotrophs. Leaves are really flimsy features to have, and could be easily damaged by constant motion and by interacting with prey items. As such, to avoid damage and dwarf prey items, heterotrophs have more of an incentive to accumulate mass and volume.

Let’s say we want to design a creature that can both photosynthesize and prey on animals/plants. If we wanted to make this creature as efficient as possible, we would be immediately confronted with the above juxtaposition. If we make it too big, we diminish the photosynthesizing part; if we make it too narrow, it’s incredibly fragile and flimsy during movement; so what should we do? We can theoretically find a happy medium of being kind of big and kind of thin at the same time, but it would be that great at either role. Other animals will be faster and stronger than it, and other plants will be more equipped to survive while being motionless, so why have both? That is the second obstacle of being a hyper-generalist; you aren’t going to be as well-suited for consuming iron/other-cells/radiation/hydrogen-sulfide/whatever if you also try to photosynthesize/whatever-else, and competition is cut-throat. If such an animal manages to survive, it probably would evolve to minimize one metabolic pathway in favor of another.

So what should the above two obstacles mean for Thrive? How should we represent those challenges in the game to mitigate hyper-generalists and encourage specialization?

I think the first obstacle can be and has been planned for accordingly. The reason why organisms live in specific habitats is because different conditions offer different challenges. A lion can’t live in Siberia like a Tiger can because it’s really cold and lions don’t have enough fur. We can’t live underwater like fish because we’d drown. Various environmental conditions exist, such as pressure, temperature, atmospheric concentration, sunlight, etc. which require specific adaptations to adapt to. And because of these adaptations, organisms generally don’t stray from their preferred conditions, so they are stuck with specific food sources. Those can be represented by implementing environmental hazards, such as high temperature or intense pressure or radioactive sunlight that requires adapting to. Furthermore, the number of patches can be increased so that there are numerous sea floors or mid-oceanic patches or hydrothermal vents so that there is more of the world for the player to go through before reaching another patch. Other features which can limit movement between patches, like requirements for moving into a new patch, are already planned.

The second obstacle has some concepts but is a bit harder to represent in game. It’s difficult and currently rather unfounded to present concepts with have tradeoffs in specialization, and the direction isn’t so clear. The thylakoid/chloroplast issue is the posterboy of this issue; you can become autotrophic at any moment while retaining all your other morphological features and adaptations so you’re a photosynthetic poison-spewing pilus-bearing chemotrophic fire-breathing iron-smelting omniscient super-predator (slight exaggeration). Alongside realism, Thrive is heavily centered on a “sandbox” element to gameplay, which is definitely a good thing for both fun and evolution: innovation is the true story of life. But this innovation happens because of finetuning in response to resource scarcity, not because of an unlimited capability to evolve. How do you balance realism and the sandbox without flat-out hard locking a player from choosing chloroplasts if they become animals, which should be avoided? Speaking by looking at life’s evolutionary story, this is done by making certain metabolic strategies compromise the efficiency of other strategies. So what are those inefficiencies and how can they be put into Thrive?

Another thing; say I am aiming to evolve an animal-like organism in my playthrough (highly capable of movement, heterotrophic, etc.). I realize halfway through the multicellular stage that my chloroplast-based organism isn’t going to lead to a creature well-suited to high mobility. How would a player be able to undo this? Through just editing each type of cell? Or will there be certain organelle upgrades or something before this point which clearly signify the path a player is taking (for example, a specific upgrade says something like “this upgrade benefits autotrophs but compromises motility”)? Should they be able to undo it? And this ties into how Life-As-We-Know-It Thrive should be; how often should we expect photosynthesizing creatures to be sessile and heterotrophs to be motile? 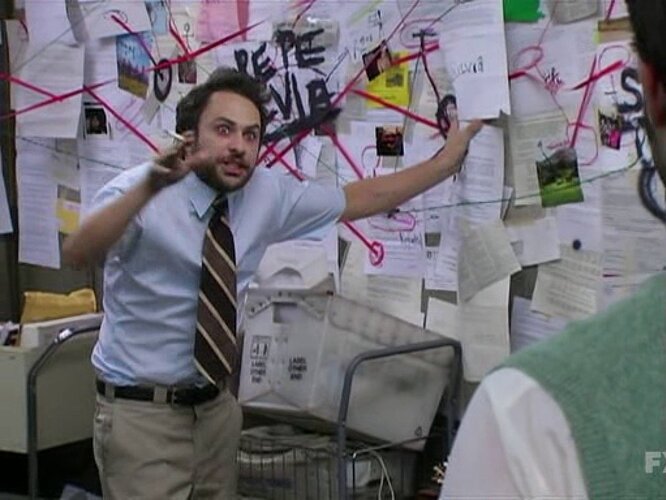 That’s it for now. Again, apologies for the disorganization of this post, but I’m feeling under the weather and it’s a very broad topic. But I am interested to see the mechanics planned to help with this issue and the general perspective of the community on how this issue should be tackled.

This is going to be rather broad and unfocused

Looking forward, I wonder how this trend of “specialization” will be incentivized in Thrive, and to what extent it will be incentivized. There are definitely a lot of solid concepts on the community and development forums which can help make evolutionary choices more consequential to gameplay strategies in future stages. I wonder if these concepts are enough, or if another mechanic will have to be introduced. And that is ultimately the point of this thread: to review such concepts which seek to encourage specialization and see if they are adequate, and to understand how consequential choices in the cellular stage will be to future stages.

Currently in auto-evo the fitness values are raised to a power to make even small differences in fitness much more pronounced.