Welcome to a new forum game, known as the game preserve. It’s mostly a survival game set on a planet-wide jungle, but there those who have brought you there for a reason. 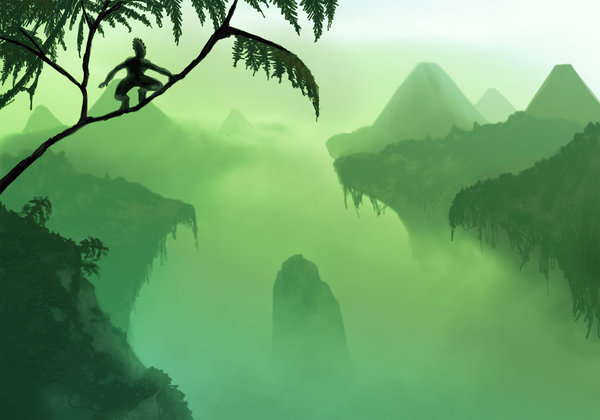 You wake up in an abandoned pod, stranded in the steaming lake of a planet-wide jungle. Disoriented, you stagger out of the pod and into the sizzling sun. Adjusting to the sunlight, you notice the other pods stranded in the lake, each with an unfamiliar creature vacating them.

This is a world unknown to you, and reserved to foreign owners. You have been dropped into an arena, an arena reserved for the ultimate hunters.

Welcome to the game preserve, let the hunt begin…

No racial slurs and language of any sort.

Try and keep this game fun to all players.

As this is an alien world, with predatory creatures and others that are hunting you down for sport, theres a few things you need to know before trying to survive in this hell hole.

Whatever you make in the game is recorded by how many points you used. Points in this game are called ‘Survival Points’, and use them wisely!

List of things you can build with Survival Points:

Survival Points are obtained by the creatures you hunt on this world. The more you hunt, the more survival points you obtain.

THE PLANET
For scientific reasons, heres some properties about the planet that you’ll need to know in order to survive in the jungle.

Description: Qaigantu is a planet-wide jungle orbiting a yellow dwarf star, accompanied with three natural satellites that orbit within a close proximity of the planet. The surface of the planet has been formally reserved as a hunting ground for a barbaric species that hunt others for sport.

The planet has been intentionally terraformed by the hunters as a means of making it more challenging through the sharp jungle leaves.

so the story is that im stranded in the alien hunger games?

Do we need to make character sheets or something?

I suppose you could. Each character can be you own race, or be from the same race.

The hunters needed a stable supply of ‘prey’ for the hunting grounds, so there will be a few.

can i create my own?

Thats basically what I said, so yeah.

Also, for clarifacation, i’ll be controlling the hunters. I’ll be sure to stay fair when in the game.

I’ll go write something up for my species.

Alright, you can post it here if you want. It will then be put into “Game Members”.

Quick question, what are the limits on what my species can be?

There are basically no limits. The galaxy is a big place, so you can basically imagine anything.

But, there are rules for how your species looks. They have to be bipedal, and agile. It fits the story of the game, as the hunters that brought them there onto the game preserve would want them to be fit enough to hunt.

i lanted a sixaped can i have it? its fast

Can you elaborate on what that is, or explain it better?

Well, I suppose you can have it in the game. Go ahead and write it, i’ll put it in with the rest of the game.

No problem, i’ll read your post tomorrow and put it in the game.

OK, Alright. Possibly too overpowered.
My species come from a world of crumbling mountain peaks and 2 mile drops. In addition to this they had to contend with a race of aerial predators fond of swooping in at supersonic speeds with little to no warning and instantly killing them. To counter this they evolved to be hardy, strong, incredibly agile, surefooted, (think of bipedal goats for how they move), But their greatest adaptations were their minds and anti memetic fields. They have predictive capabilities that border on precognition and can overclock their mental processes, giving them all the time in the world to react to their predictions. The way their predictive abilities work is that they can run a mental simulation of their surroundings, and can run multiple thought processes/simulations in parallel, letting them see hundreds of possibilities and spot the most likely series of events, then move to counter. The second main adaptation was their anti memetic field, which lets them temporarily turn themselves into an anti meme, a self keeping secret, making it incredibly hard to spot them and causing memories of them to fade rapidly. All of this comes at a cost however, the more they use their abilities the more stress is put on their bodies, and extensive use will exhaust them and consume their fat reserves in short order.

The hunters viewed this species as a challenging warrior for the hunt, and many of the hunters hope to obtain a skull trophy at some point.

This will do a good.

In that case, How about we give them a name, the tauri. Or something.