Is there a way we could harvest dark energy in the space stage? Though the concept of dark energy is only theorized, is it possible we could find it in the emptiness of space and use it for our technology? It could provide the largest abundance of advanced technology available, but only in theory.

I just thought it was a cool idea, but didn’t know how it would work in-game. 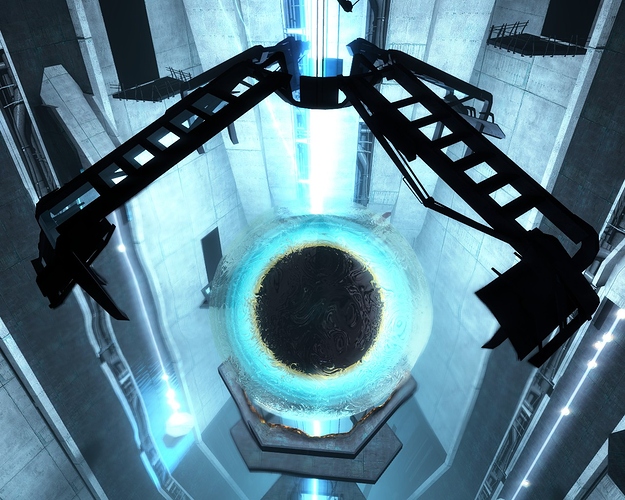 Is there a need for dark energy? Even though the space stage will be scifi I’d like to keep it close to real and/or theoretical physics. And this seems something that could be skipped by building Dyson spheres instead.

What about black hole energy

How would that work? How could you be able to harvest energy from a black hole? Although black holes do emit radiation, it’s not a lot, and, you know, if you get close to one, you die.

Nuclear bombs too is replaced by black hole bombs?

But my question is: why use it as a bomb? Why not just drop a black hole in the middle of another civilization. It’s both simpler and allows the user to then harvest a bit extra power from the black hole (recycling, yeah!)

Because its faster and prettier

And why is aesthetics a factor in destruction?

How about you place giant space mirrors around another civilisation after dropping in said black hole, and we can have the best of both worlds!

Anyhow, I do agree that there may not be a need for harvesting dark energy and using it as a sort of recycling unit (though it would be cool if dark energy is the central starting point of your technology), dark energy could at the very most be an optional feature in the space stage.

Well, I think we should wait until further official scientific researches kills the uncertainty about this subject.

Alright, I can do that.

But when scientists discover dark energy a few years after Thrive is finished, they’ll need to make the “Dark Energy Update”.

Alright, I can do that.

But when scientists discover dark energy a few years after Thrive is finished, they’ll need to make the “Dark Energy Update”.

followed up by tears of pain