The species name is Valonia ventricosa
Since DNA tastes salty, I expect a salty flavor.
Can anyone give more info on that.

The world’s largest cell is actually the ostrich egg yolk. It’s not alive, but it is still a cell!
I hear ostrich eggs pretty much taste like chicken eggs, so I’m going to assume the yolk tastes similar too.

Well it is alive if you aren’t eating it. Most eggs people eat are stored in lethal ways, possibly chemically treated (this is common in the US for people scratching their heads, plus it’s not to kill the yolk but the microbes you don’t want to kill you), and definitely not fertilized. If it were to be fertilized and in a safe environment the yolk could totally be alive, but wouldn’t be a good idea to eat.

Since DNA tastes salty, I expect a salty flavor.

DNA isn’t the majority of the mass cytoplasm, and especially in a bigger cell, cytoplasmic support structures like protein and lipids are. Lipids taste oily or gummy raw, greasy or oily cooked, protein tastes horrible raw but rich and tasty cooked, and I have no idea what cytoplasm tastes like. From what I can tell that critter would taste like salty, oily goo.

Well it is alive if you aren’t eating it.

Ohhh, yeah, I was referring to the fact it isn’t an ORGANISM. A lot of things are ‘alive’ but not in the same way. Similar to a virus. They don’t live at all, but it’s considered ‘live’ when it’s active and ‘dead’ when it’s not. An egg yolk isn’t actually alive because it’s not an organism, but it IS alive in the sense that it’s active until it’s ‘killed.’

Y’all over here talking about what they would taste like while I’ve been still trying to wrap my head around that there is single celled organisms that big for a while now, it’s amazing. Every time I see a picture of one of them It just… Baffles me lol.

But yeah I’d be down to eat one, as long as it didn’t kill me, pass me some salt and pepper 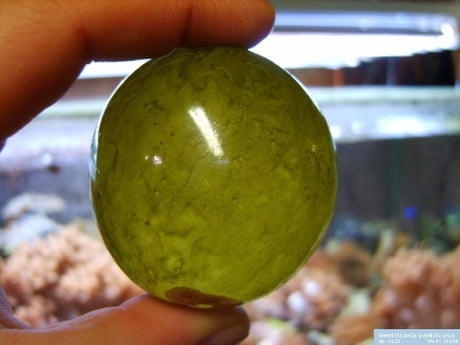 How large is it? I’ve heard of these before;

These are Acetabularia, they’re single cells which only have 1 nucleus and can be up to 10cm tall. 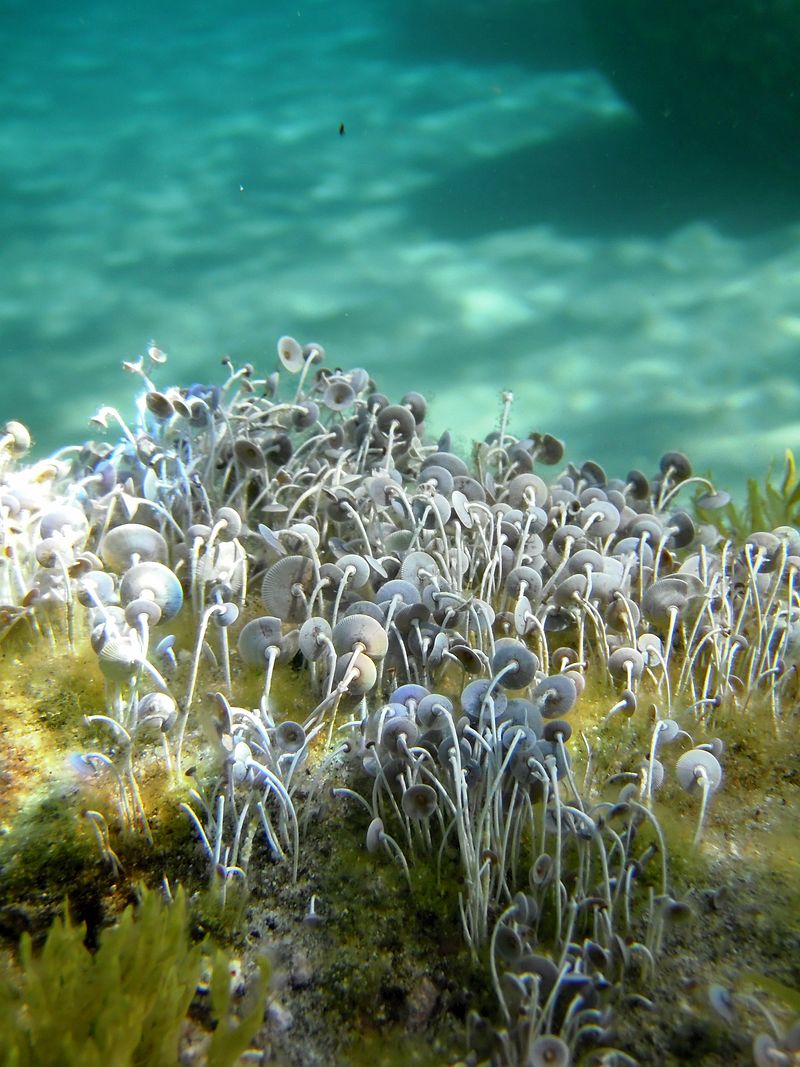 But that is tall, but not “meaty” like the one I mentioned, since I am primarily savoring the cytoplasm.

I did a bit of research and I found this discussion on the Reef Central forums (It’s about Valonia macrophysa, though): 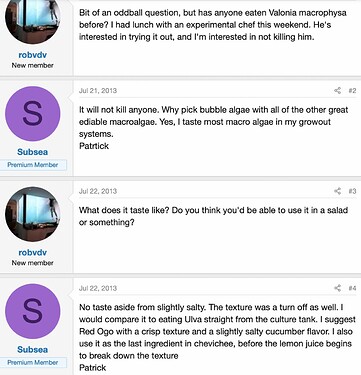 I know what she is talking about, but wont tell anyone because I will leave you hanging

I actually didnt even mean that but i mean in those cases it’s like entirely sweat and other fluids that cause salty.