0.5.8 is coming next week so it is time to do some RC testing. The major new features are the signaling agents, early multicellular prototype (and related editor code refactoring), with of course a bunch of smaller changes bundled in.

Here are the downloads:

Also available as the beta version from Steam and itch.

As always testing should focus on major bugs, especially crashes. And we’ll try to fix them before 0.5.8 is released.
Please don’t report these known bugs:

This beta is amazing! The multicellular prototype is very fun, and I spent a few hours playing it. I played up until my organism reached 20 cells, and the game didn’t crash once. I did encounter a few bugs though. 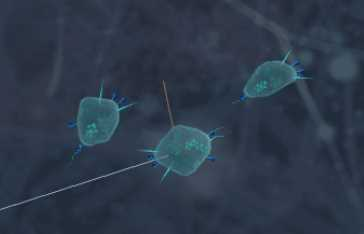 This is me and my cell brethren.

In the harsh conditions in the arctic, life is still thriving.
While being able to support itself with iron and glucose metabolism, these creatures (Giganticus Recepticus) are Pack hunters that depend on the only other species in the biome to get ammonia, Chutrum Kymubtor, which is necessary for reproduction

Also, sometimes cells will impale and decease on sharp ice fragments. Other members of my species (including me) are not hesitant in quickly eating their remains.

They also have 2 chemoreceptors, one for iron, and one for glucose, and have 2 thylakoids and a flagellum.

While the species population of the other cells was decreasing when my species came, it seems to have balanced out now.

I normally have the Mods DamageNumbers and DiscoNucleus enabled in my Steam version Thrive. The following error regarding the Mods appears as soon as I open this release candidate: 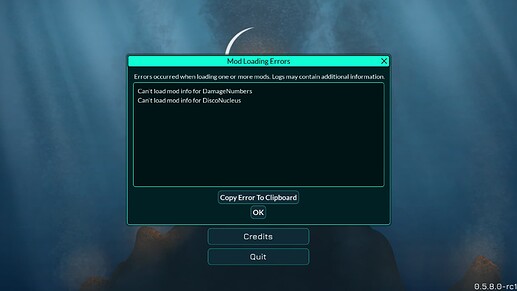 As in previous versions, after about 20 generations, my computer still struggles when I am in the environment, reducing the framerate, due to the amount of NPCs. I have just noticed that the number of species in every patch continues to increase with time well beyond 10, as can be seen in the following screenshot: 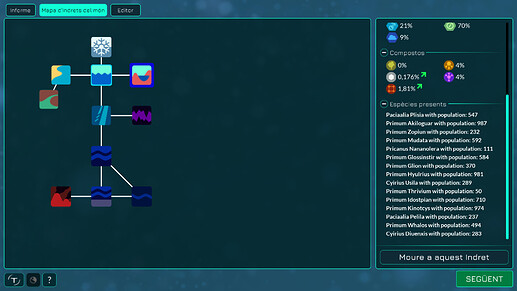 If I am not mistaken, wasn’t the amount of species limited to 10 per patch in a previous update, precisely with the purpose to increase performance?

Is it currently possible to transition from singlecellular to multicellular?

Yes. When you bind with another cell a button will appear, saying that when you form a colony of five cells you can become multicellular. Hope this helped!

it appears that i also experienced the sizing issue, but on just one of the organelles, this was just after selective unbinding 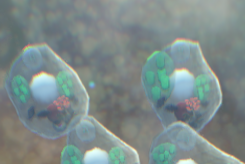 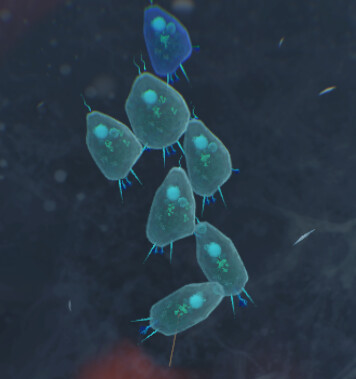 i dont think i installed it correctly, i dont see a button to go to multicellular.
How can i install it correctly?
I dont even see a signaling agent in the cell editor 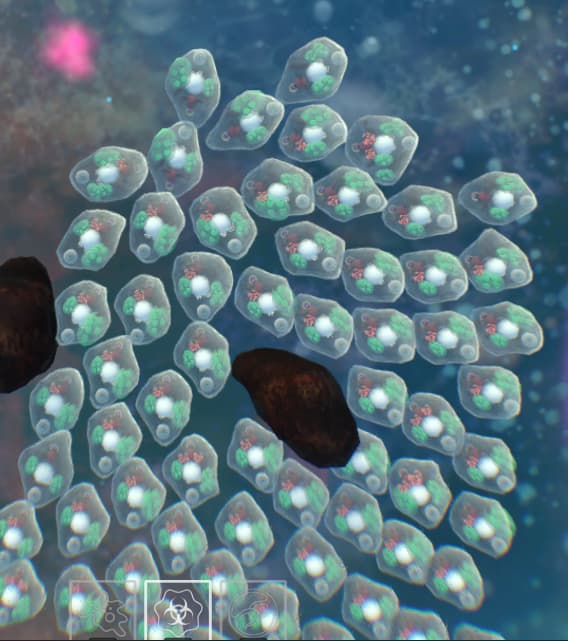 Is it deliberate that the nucleus costs 70 MP instead of 100?

Right now ive just downloaded it, and havnt done anything else.

In the multicellular prototype, when I exit the editor, I spawn inside a complete organism in a way I can’t move.

How did you get it to work for you?
like what do you do after you download the new prototype thing

i test that, and when i try to multi stuff in somepoint i just randomy die

You dont understand, it says im on 0.5.7, and not 0.5.8, so im wondering how i can get the download to work after i download the thing.