Here I’ll be posting animations about thrive’s stages and editors, the animations may take weeks, or even months to come out, so DONT expect this thread to be very active.
Each animation will attempt to cover every stage of the game. The info is taken from the devs wiki, the devs forum and some comments by the devs in discord, tough there’s a lot of speculation by my part and the information may be outdated, so the actual final stage may not be the same as the one in the video. 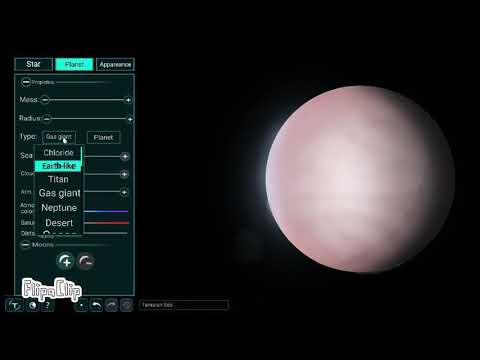 This video is the most simple of all, simply showing how a planet editor would work on the ascencion stage. This video lacks a lot of features that were cut off the video, such as editing orbits, adding moons/planets, adding plants/fauna/life and a more in depth atmosphere editor (being able to edit the composition of gases) I may fix this video after i post the other stages.
17 Likes
Nigel (Nigel) October 10, 2021, 9:20pm #2

Nice animations! Perhaps for your next animation you could do multicellular editor/creature editor?

Is there a reason why you didn’t embed the video in your post, instead of linking it?

Im learning how to use the forums, i dont know how to do that, i’ll edit it when i figure out how to embed it

Nice, it kind of reminds me of some of the really old thrive editor concepts people made years ago, complete with choppy fps

If you put a youtube link on a line by itself, it embeds automatically. I edited your post to do that.

im so sorry, i have a lot of stuff to do (school sucking the life out of me) but im finally back.

If you put a youtube link on a line by itself, it embeds automatically. I edited your post to do that.

Ahhh, im so sorry, i didnt know that, i tought the link wouldnt work if i did that. I’m gonna finish the second video very soon, do i edit the first message and add the next video or do i post another reply? Is there a max number of times u can edit a message?

Nice animations! Perhaps for your next animation you could do multicellular editor/creature editor?

Yeah i WILL do the multicell editor & stage after i finish the one i’m about to finish, i actually tought of doing it on order but i realized that animating and figuring out the mechanics of society-industrial stages/editors would be a headache and would take more time to finish , so if someone was very exited for these stages im very sorry

u can give me ideas for it tough!
If someone wants some feature on some video, u can suggest it! (as long as it doesnt go aganist the concept of the stage, of course) i actually have a hard time figuring out what is and isnt important to put on the animation.

Ahhh, im so sorry, i didnt know that, i tought the link wouldnt work if i did that. I’m gonna finish the second video very soon, do i edit the first message and add the next video or do i post another reply? Is there a max number of times u can edit a message?

I think there isn’t a limit, but it’s better to make a new post so the thread appears in the latest topics (the thread gets bumped to the latest topic if you edit the last post in a thread, so that doesn’t help in this case).

Sorry for posting so much lately, but i just finished minutes ago and i want to post it rn so i can start working on the next one. 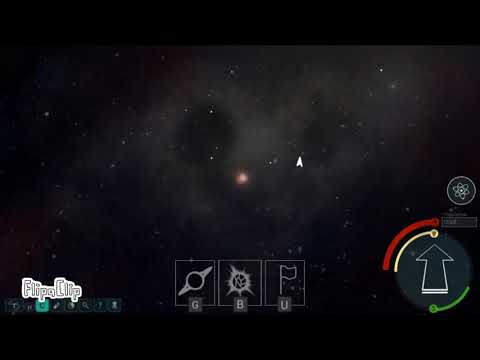 This video has less fps than the last one, but it shows more features of the stage. The space stage would work as a space rpg, use a tech tree to unlock new technologies, such as weapons, terraforming or colonizing. This stage animation is probably not very realistic and the final stage may differ a lot from this, because the wiki doesnt provude much info and i had to make up a lot of it, actually, this stage is so far in development the final result may look totally different from this. I also tought a full universe would be pointless, since the galaxy would be a lot bigger than spore’s galaxies, but i also tought that having some dwarf galaxies nearby would be pretty fun to explore, maybe with some easter eggs or odd planets/systems. I didnt include the following features, wich i may add on the spaceship editor (if i ever make one):

Suggest ideas for the multicell stage, if u want. This stage may take a bit longer, since its gonna be longer because i’ll show early & late multicell.

I think this is amazing!
Possibly the multi-cellular editor could consist of specializing certain cells for certain things, and adding cell groups, and changing size of the creature. (Wont be able to go too drastically, for example, microscopic to macroscopic in only a few generations.)

I just have to say that your concepts look fantastic.

(Im just kidding, you can do what you would like) 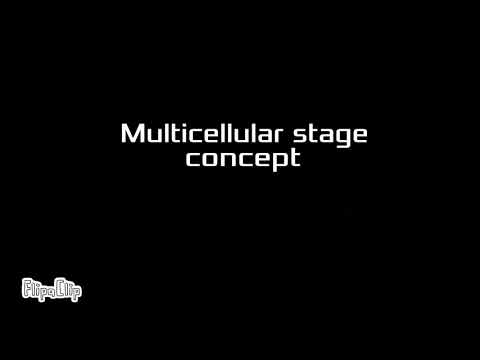 After 2 months i finished this one, i was actually considering using a 3d program such as blender, but it was a lot harder than i tought, especially making the actual form of the creature, since using actuall metaballs made it look odd. Also, as u may notice, this is outdated since theres a new concept for the organism editor, but i didnt know how to fit it into the video.
Anyways, on this animation its the multicellular editor + a bit of the “gameplay” (i was too lazy to give my creature an animation) but hopefully that zoom on the end looks cool. In the next one, i will show this zooplankton evolving into a more fish/squid-like thing, gaining more size and eventually evolving a brain (aware).

a LOT of these concepts are not mine, they are mostly taken from concept art of other fans/devs, all credits to them. (interface5, Uniow & mirrormonkey2.)

also i’m sorry for making your concepts so ugly xd

After watching this, I was wondering… will the smooth transitions concept be implemented at all? There are a lot of different contents and mechanics the player will need to learn, and some of them are only going to be needed for a part of the game.

There is no way that (some of) the stages can be presented without a wall of text.

I mean, there are some mechanics that can be adapted for later stages. For example, the organelle unlocking system can serve as the basis for the tech web, but plenty of them probably, IMO, won’t.

The ideal is that the game becomes progressively more complex as the player continues on, so instead of large drastic changes it’s more gradual. This means that instead of the player being assaulted by a massive barrier of texts and tutorials each time they reach a milestone, it’s more that they’ll occasionally receive some help each step of the way.

Take for instance the plans for early multicellular:
Designing your organism is going to be fundamentally the same as when you were in the microbe stage. You’ll still be placing parts (cells this time) to construct your organism, with each respective part granting it’s benefits. The most significant difference being the addition of part editing (editing your cells) which shouldn’t need much explanation.

Presumably at this stage we would only need to have a tutorial popup explaining how to create and edit cells, and maybe just a general overview of the changes to the editor.
My hope is that this gradual pace will be carried over through all stages.

The same concept can be applied to a change in perspective as well. By first granting the player some communicative control over a loose pack, to giving orders to a rough tribal group, to commanding a settlement. This is a gradual shift from a player focus to a greater whole, one mechanic at a time.

what’ll be next animation, if it will ever to exist?

So is this thread dead or not? 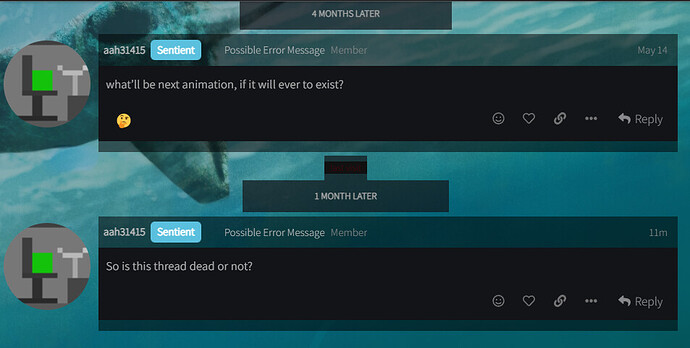 I’m working on it, plz be patient, I just want this one to be more thought out and better.

Also the next one is aware and the continuation of the last one. I thought I put it in the last post

Also, if you want something, ¡Please tell me asap! , because Im running out of ideas… Also remember that it need to be accurate to the game as it is now. So no underwater civilizations plz