Evo game thing but not luck based

The game starts with only a handful of macroscopic species, including:

Multple people can pick the same one, obviously, because only 3 people wouldn’t be very fun. 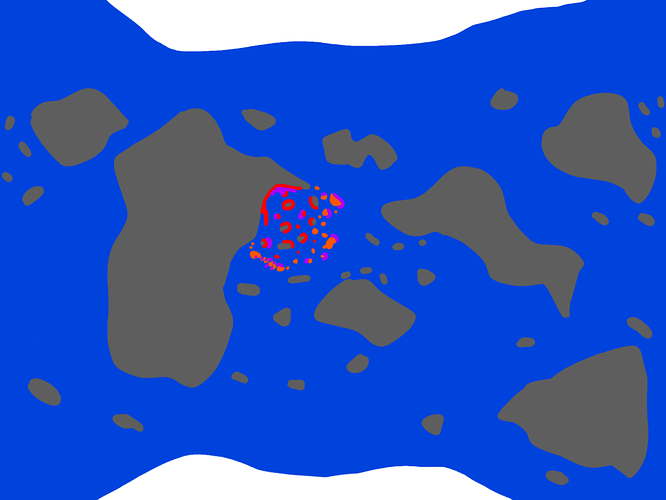 RULES:
The game is turn based.
Evolving a new limb will take a long time, it will take 3 turns per bone, and more to lengthen them.
Your species population will passively expand.
Every turn, your species may diverge into others.
I currently have no plans for “winning” the game, it will just go until it gets boring.
THE RULES MAY CHANGE

Sorry, I accidentally posted again, but I’m basically done, so this will become the new thread and I’ll close the other one.

Are you stealing my example species for plant civs?
Also I’m waiting for players.

no. i’m making one of my species from my evo game but where i want it to be. and since there are no lizards i am using the manta rays

Oh lol, the species I had made was a manta ray and it used hydrogen producing algae to assist its flight.

Well I guess count me in

u can count me to, then its ready

What species are you choosing?

Edit 2: Now that everyone who has joined has voted, I will be starting TOMMOROW, because 4 people seems a little small, I want a chance to have at least 5.

me join too so me play

Sorry, I’m starting a bit late (school), so to start, create a name for you’re branch of the species, and the first mutation.

IMPORTANT: I’m changing the rules a bit, so instead of it taking 3 turns for a new bone, it only takes one, but for muscles to move it thats another turn PER MUSCLE, and another turn to lengthen the bones and muscles.

Mutation- Kelp attachment has a mucular system that traps prey like the encapsulated dragon and reels it towards the crab.

Act- Eliminate as much encalulated dragon as possible, to greatly increase my species size.

Eliminate as much encalulated dragon as possible

but why tho. you could just eat some instead of trying to make me go extinct as early as possible. also aren’t you able to photosynthesize with the kelp thing? also my species is called capsilaris draconus and the meaning of those two words when put together is encapsulated dragon.

Mutation: A extra kelp appendage to gain more energy (and if I can making them stiffer)

Act: Spawn in shallows to avoid predation as young allowing them to photosynthesize in safety

I don’t know where you guys got the idea that Vono’cikir are carnivores, they photosynthesise.

it jumps out of the sand and attempts to impale it

if something tries to eat it well it is sessile,