From stone to space (another civ forum game)

Hello im merlok and this will be my first forum game i will be hosting.
So here are the rules,
when creating your species you must make it original all of the players
Creatures must be different, you may only use another players creature with
My permission
My dice i will be using will be a d15 die
1
This action fails horribly and someone probably dies
2
action does not go good
3
very little progress is made
4
one third of the progress is made
5
half of the progress is made
6
your task is completed
7
you complete your task and get a bonus.
Here is the map 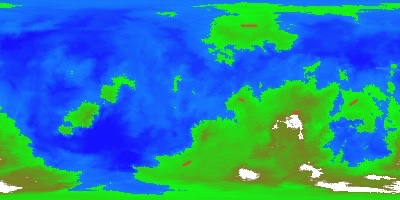 The red lines are where you will start.
i will use a stability rating like sky guys game
-4 on the brink of collapse
-3 imploding
-2 starting to collapse
-1 shaky like a chihuahua
0 stable
1 its good
2 solid
3 utopia
4 paradise.
You will start out as a primitive tribe which will advance into a space fairing civilization
So will your civ prosper or will they be struck down by a mighty force
Current players: askyw with the anak boris. Amctv with the emangeles and hirohito with the alaaskar andpostivetower with the uzbenraust

Any planetary lore we should know when making our creatures?

Or is it a do whatever the hell you want, kinda thing?

the simplfied version is the planet your creature has evolved on was created by humanity billions of years ago the humans planeted single celled life forms then they eventully evolved into multiple species like yours.
and amctv just type in the name of your species and describe them and their religion and their government their religion cant be about the humans

Name: Kei
They are peaceful herbivores, they have exoskeletons 4 legs and 2 arms the body is like a praying mantis with the arms at the front and the legs at the back and they have a similar body but the place where the head and arms connect is more upright. Their religion is that there is a force that controls the nature, they believe it’s everywhere and that it “blind” (not caring about anything ). Their governing system is where no one is ruler everyone can think of laws and everyone must vote.

The Alaaskar
These biped reptiles have wandered our world for millenia now, traveling from place to place in search of food. Their face is similar to that of a lizard, but they possess a small spot near the nostrils, “the third eye” that follows light. Their feet and hands are webbed, and they possess 3 fingers each. With evolution, the tail of these beings grew into an almost 3rd arm, being able to grab objects crudely.
Religion: The Alaaskar believe in the worldbuilders. Soft skin Gods that once wandered the land, sowing it with life, both creating and destroying continents at mere will. The Alaaskar culture is based on these romanticised beings, known to us as homo sapiens.
Government: Structure is mainly militaristic. Upon the death of the current tribe leader, any one who wants to take the throne will have to fight for it. Pretenders to the throne reunite themselves in clans, and the last one standing gets to decide the future of the people.
Currently, 3 clans are prominent:
Zarha Clan: To become stronger than the enemy by superiority in technology
Karth Clan: To become stronger than the enemy by having the most men
Ita Clan: To not become stronger than the enemy. To completely dominate them.

I want to leave.

Idk I don’t want to play it

ok if you dont want to play

And call me Kiky u dont have to say Games
Edit: other players can play the Kei

Description: Despite always seeming to have had the short end of the evolutionary stick, Emangeles somehow lived long enough to develop a crude (yet respectably stable) society. They evolved without ever possessing any sort of biological defensive mechanism, which is seen as their greatest shortcoming. They instead owe their existence to their curious and approachable natures, which allowed them to make friends with every other receptive creature they came across, and has since made them very open to diplomacy. Though they would technically be defined as reptiles, they have a prehensile tail ending in a grasper that is used for all forms of communication or construction. Their other most notable features are their four sturdy legs, reptilian beak, and eyestalks. Most are an earthy orange tone, but it honestly varies between organism.

Religion: Most Emangeles refuse to limit themselves to a single vision, preferring instead to keep an open mind. As such, many will explore other cultures and religions until they form their own philosophies about the world around them. Cults and religious sects have, of course, existed, but none have ever caught on.

Government: Republic; upon a ruler’s death, a new ruler is elected from the citizenry.

I’ll just use the creature I already made a couple of months ago, Anak’ Leboris, just ignore the useless information like planet and system names.

Do you want to have some sort of lore between our species? Physiologically, they sound a lot alike. Perhaps they could have a common ancestor?

What if my species were to members of your species that were exiled for their violent tendencies?

@Rednascar11 wait a second if we are tribes then why are we republics and stuff?

The first republic was not a tribe and do you have any examples of that irl?