After a lot of deliberation within the dev team, we’ve decided that the pace of development is too slow. The engine switch is taking far longer than we had hoped, and we’re worried about our future even after that’s done.

The solution is clear. Inspired by so many of you insisting we do it, we’ve listened to feedback and are going to start accepting payment from fans to try and compensate the developers and allow at least some of us to work on in part/full time. We don’t want the donations to be too demanding or obtrusive to the players and fans, so we’ve come up with a brilliant and unique way to generate funds.

Allow us to introduce the next big thing in cryptocurrency: Thrivium! 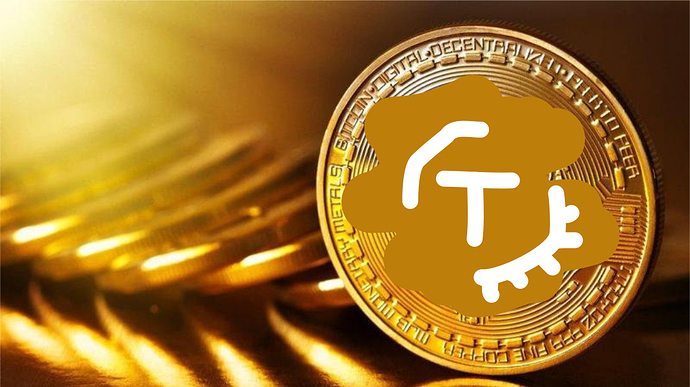 This new coin combines the power of evolution with blockchain technology to (r )evolutionize information technology as well as scientific advances. We have decided to rework the microbe editor and replace mutation points with a Thrivium wallet, so you have to be very careful when upgrading your microbe in the editor to maximize Thrivium mining opportunities.

Having trouble mining enough Thrivium? Never fear – you can artificially generate Thrivium by making donations each time you enter the editor. A charge of $0.50 each editor session will allow you to make one change to your cell. If you make a donation of $1.00, you will have access to enough Thrivium for three changes to your cell (best value). The intent is to give us a proper way of generating income. We’re hoping that with this system we’ll be able to keep the donations minimal and seamless so that we are not beholding ourselves to any big donors, but also profitable enough by making money off of players donating each time they enter the editor so that we make enough to pay off our developers and maintenance costs.

In order to play Thrive with this new currency system, you will need to create a wallet yourself here. Don’t worry, signing up doesn’t require any personal information, only takes a few clicks, and leaves you with a sense of pride and accomplishment.

w0w what an easy-to-use way to create a wallet

Can I pay in Gold-Pressed Latinum?

And for a few seconds I thought this was real. Then I remembered that it was April fools. And then I saw the micro transactions. Then I got rick-rolled. Nice.

Nice ! Microtransactions was just the thing that Thrive needed !

April Fools? What April Fools? This is all real. We really are going to charge the player for using the editor. Honest.

No, you’re not. That would make millions of people never buy the game, or quit it if they have.

Where do I start mining

It’s not like people are buying the game anyway, so…

What’s really sad is that if some triple A title introduced such a system, people would probably use it.

Edit : btw I actually like that theme too , and also the whole currency. I think it should be included in thrive somehow

instead of sporebucks its that currency

Phhh, noobs. everyone knows to make a REAL game you have to charge for lives and saveslots.
step up your game.

we need more rick-rolls in this chat

Honestly, I am so happy to hear that the dev team has finally caved. I can’t wait to spend my hard earned cash on micro transactions in an unfinished game!

The intent is to provide players with a sense of pride and accomplishment for unlocking different heroes. As for cost, we selected initial values based upon data from the Open Beta and other adjustments made to milestone rewards before launch. Among other things, we’re looking at average per-player credit earn rates on a daily basis, and we’ll be making constant adjustments to ensure that players have challenges that are compelling, rewarding, and of course attainable via gameplay. We appreciate the candid feedback, and the passion the community has put forth around the current topics here on Reddit, our forums and across numerous social media outlets. Our team will continue to make changes and monitor community feedback and update everyone as soon and as often as we can.

God that was hard yo read hahaha

Haha! You fools, while you guys were trolling around like this was an April fools joke, I went ahead and started mining Thrivium!

With my 12 GTX Geforce G-Assists working in SLI, and with literally no one else mining (except this random other guy called Sven or something) I now control 24.35% of the maximum number of Thrivium. Which means I basically control the entire Thrivium market now. And even as I say this, you people will act like sheep! Thinking this is just a very bad joke, keep it up while I become the ruthless capitalist on the path to control every single Thrivium in existence! Now then, if you’ll excuse me, I’m hungry, and I will now go buy a premium meal with my newly acquired Thrivium!