How can we make fire a requirement in the context of Thrive as a game?

A lot of arguing has been done regarding whether fire is necessary from the beginning in a civilization, but little thought has been put to these ideas within the context of a game with a goal, such as Thrive. Specifically, the issue is that no-one has presented a solution to implement a requirement for fire in society that fulfills the requirements of a game. The requirements for this solution seem to be:

What? There will be no softlock because the player can just get fire in any moment.

I think the presence of fire in society stages onwards will just be a given, since gameplay will transition away from an individual organism and more towards a group of organisms working together.

In regards to the “discovery” of fire in the awakening stage, which is where organisms will start using tools and progressing towards the establishment of close-knit communities and societies - there isn’t really an established plan since it is way off in the distance, but I can predict a few things. First, an organism would likely need graspers. Then, they would need enough intelligence to be able to willingly create a fire whenever they have the available resources. This is assuming that an organism can’t, say, breathe fire or something to that effect, which is pretty non-LAWK and would not be present in a standard settings playthrough. So we can infer that we will need a way to limit the progression of intelligence, and link the benefits of tool-working and fire-wielding to this progression of intelligence.

Then after a species is able to use fire, higher levels of intelligence can unlock more useful benefits for an individual. Perhaps it can cook foods, making them more nutritious, or make stones more malleable. The question then becomes “at what point will we transition the perspective from an individual to a collective”.

There are a lot of details to fill, but as far as I am aware, it is definitely doable.

What? There will be no softlock because the player can just get fire in any moment.

How can you prove that this is realistically possible?

How can you prove that this is realistically possible?

how can you prove someone WILL get softlocked?

This again? Didn’t hhyyrylainen just close this kind of topic?
The whole idea is just the underwater civ thing in a nutshell because how in the world can you get metals without fire? 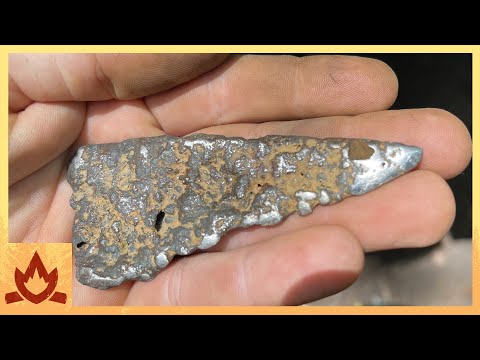 how can you prove someone WILL get softlocked?

Easy: If fire use is modelled as an adaptation, as all evidence says it is, and is required for progress, then everyone who doesn’t realize that fire use is a specific adaptation will enter the awakening stage without it and be unable to progress

…and the tutorial won’t tell them??? Why don’t you make the same complaint about nuclei or binding proteins?

Edit: also people will emulate spore and humans, and both involve fire as a spicific and important step.

…and the tutorial won’t tell them???

Not if they don’t use the tutorial

Why don’t you make the same complaint about nuclei or binding proteins?

People will emulate spore and humans

Correction: They will want to do that. Whether they’ll understand how is a different matter

I want you to buy hearts of iron 4, disable all tutorials, and go play the game. Or any other really complex game. You need to know what you’re doing. Also players won’t get soft locked cause to tutorial well offhandedly mention “you can’t progress to higher stages underwater.” I think actually if you attempt to progress to awakening you should get a warning saying “this will softlock your game”. The only reason we don’t just outlaw underwater awakening and society stage civs is cause the community would be annoyed we can’t softlock ourselves. You haven’t brought up any good points, please stop complaining about things that aren’t issues.

Correction: They will want to do that. Whether they’ll understand how is a different matter

Good! The same can be used for fire!

me too! but most people trying to emulate a near perfect human-like body plan will end up like the following:

You need to know what you’re doing

But not before you’re actually playing the complex part. I wouldn’t call it unlikely that someone wouldn’t open the tutorial until they actually needed a tutorial, at which point it’d be too late for fire

That’s not an ideal solution. Imagine this:

You’re playing through the aware stage. You’re evolving your creature, gradually directing it to intelligence while making the creature you want to make. You aren’t using the tutorial, because you assume the game won’t spring a softlock on you

Then, as you’re about to progress onto the next stage, this popup appears. Now you have to go over half the aware stage again with your nose in the tutorial, hacking up your creature into a pyrophile

That doesn’t sound like good game design to me

What I’m guessing @BurgeonBlas’s point is that fire shouldn’t be an aware stage adaptation, and instead an early awakening discovery. Presumably so people will understand that it is required without needing to get soft locked to do so.

That’s not my point in any way. I made that clear in my second post to the topic, or perhaps the original post depending on how you look at things

This idea is also utterly unevidenced as far as anyone has proved, so preserving the realism of needing fire with an unproven idea of fire as some invention is a rather absurd solution

So then what are you arguing for? I am quite confused, as you don’t support the view of fire as an adaptation either.

I very much support the idea that fire is an adaptation: That idea is the foundation of my original argument, and most all others I have made in this thread

But can’t you still evolve in awakening stage? Even if fire is an adaption it’s a non-issue because you can’t get to next stage to be locked out of the editor anyway.

I doubt you’ll still have evolution when you’re deep enough to actually need fire, based on the arguments I’ve heard for fire being necessary. And realistically, understanding fire likely isn’t just a switch you can flip on whenever you need: Otherwise you’d expect more fire-using animals IRL