Languages of the species

I haven’t seen anyone concerned about languages yet. There was a brief discussion on the topic of communication with other species in the space stage, but that’s about it. And even then, the suggestion was just to make the creatures produce random sounds.

What do you think? Is there anyone else with such a high interest in languages?

I like this idea. It will be very difficult to get good results with this kind of simulation, though.

And I would say that simulating language evolution is a pretty low priority.

At first you wouldn’t understand anything they say, but the more you interact with them, the more and more words get ’’unlocked’’, thus automatically translated. Let’s say we have an alien race that speaks German.

Meaning that at first you wouldn’t be able to understand them at all, but the more you’d discover about them and the more effort you’d put in it, the more legible would the conversation be. It’s a nice way of simulating learning a language without the player actually having to learn the language.

I feel like that isn’t the best system unless all the aliens happen to use English grammar. Which, I guess, is a bit more realistic than the scifi trope that everyone speaks English.

The hypothetical translator would correct the grammar to fit english once all the words in a sentence are known.

I think it wouldn’t even have to fix the grammar, you know. Having the translator give you something like ’’By me happiness occurs from this meeting’’ instead of ’’Nice to meet you’’ reminds you that you are in fact talking to an alien.

Heey, that’s pretty good. Maybe make it a little bit easier to understand, yet alien. But the same concept. I like that! And who knows, maybe even this level of alien-sounding structure might be fine. If you want, I can take a look at some possibilities ranging from weird sounding, yet absolutely understandable, to absolutely alien-sounding grammar structures. Might be fun, basically creating a conlang without the need for any vocabulary (even though that might be necessary as well, sooner or later).

If you really want to go that deep, then I won’t stop you. But I think I have better things to do than make one language out of the hundreds on my world.

Just have everyone speak Sim language like in Spore, keep things simple.

Now that I think about it, maybe kingdom marrying would help in boosting translation. If the child was raised to understand both languages, he could start as the translator, and soon, more would show up. Schools could open, teaching both languages, and in one generation, the kingdoms can successfully communicate with each other.

Although, with that in mind, I’m worried the space stage might be just a repeat of the society stage. You start as a small empire, and you expand and colonise. You meet new interesting characters, which you have to live around for a while to understand. Later, you’ll get advanced technology and advance. Some of the people you met might not like that, and you might start warfare.

What I’ve described fits both society+industrial and space stage. How can we make it different, other than “Oh look you’re in space and planets and aliens!”

I think linguistic issues are much less pronounced on one world - as a function of culture, they evolve. Allopatric speciation is just a much a force on genetics as is culture - small changes rack up until they become unrecognizable.
In most cases, languages are sort of gradients based on migration in nature - Spain, France and the mountainous Basque Country are the Ur-Example of this model - the Basque language incorporates elements of both languages as well as its own elements. All three languages are based on Romance/Latin, which spread through conquest.
When intercontinental travel becomes a more viable option, there will be cases where language has branched so far so as to not be mutually intelligible (akin to the reproductive species barrier). That is where a translation barrier may come into effect, where you have to collect transmissions or try and explain terms physically.
Most other aspects of language come from its nature as a vector of culture - language as resistance to pressure likely also comes with traditional customs and dress, for example. Cosmopolitan cities would slowly equalize culture as well as language.
Translation is the one aspect which is primarily dependent on language.

A concept for making “words” through senses 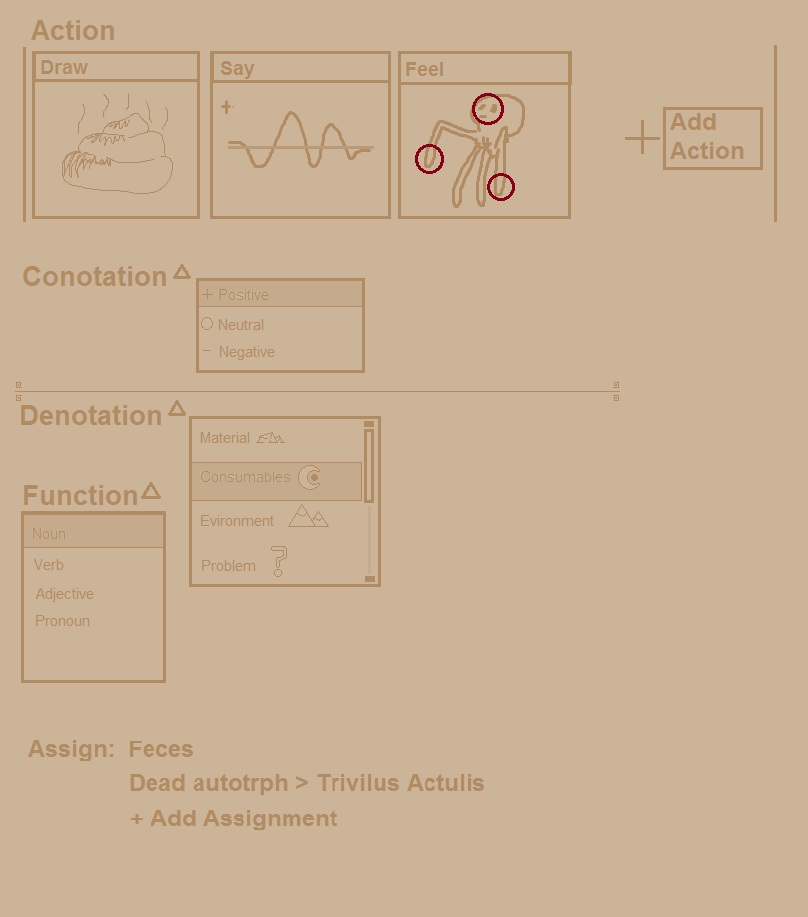 image808×917 15.2 KB
The following alien can feel, smell, see, hear, and so on. The senses that an organism has adds what actions it is able to add to a “word”. If the alien can sense heat diffusion, it might have the ability to make words from temperatures. If the alien is blind, but can feel, words might be processed through touch. At first, language may seem like a dumb idea that has little use, but it is basically the way civilizations store ideas, information, feelings, and knowledge, and is going to be important for awakening and aware. Perhaps you can make it so that if an idea isn’t collected in a manner of wording, it might be lost forever, deleting your progression unless you have a museum or something. Maybe other nations that split off can gradually add and remove from the words that is derived from and add minute perlin noise to the actions for every generation.
1 Like
blackjacksike (Weird FNAF cat) May 2, 2020, 3:55pm #15
The first step that must be reached before creating a civilization is to invent writing. Without writing, it would have taken much longer for us to evolve since we would have to travel every time we want to speak to someone and also because it would be difficult to remember a lot of information.
The_Void (Cellulouse) May 2, 2020, 9:07pm #16

More like the second step, but ok. Also, all of these concepts only fall in line with humans and how we evolved. I feel we can be way more creative, but of course, since we haven’t seen any new creative ways to advance language, it’s hard to come up with anything else. Maybe language isn’t crucial for sentients and we are just a special lot here on earth?

that’s kinda creative.
but! don’t forget-you need to have ears first, then you are able to hear.
but in the old spore,no one will try to use precious DNA points to add useless ugly ears!
so- there’s a great expand here.
you first need to add some parts like eyes(as you know, in thrive, eyes do not just exist when you begin and you don’t even need to use them at first- the program will just show you the screen), ears, nose(maybe nose"s"? that’s up to you to decide) when you are in the aware stage or the multicellular stage to feel the world, then in the awakening stage, it will effect you ‘language’!
also, developers, don’t forget to tell gamers to add those parts or maybe they’ll just forget about it!