Do organs need to move inside the body? Muscles can be grouped with limbs, or organs themselves (not inter-organic), in the case of the heart and the lung.

They could make a brain that pumps blood, who knows.

Wouldn’t that just be a heart placed inside a brain?

what the building is made of doesn’t change it’s efficience. But it would be similar to that.

This was a thing I didn’t like in spore. There were a lot of legs, but they didn’t change how fast you went, they all looked the same anyway. There should be a muscle slider, and the leg that goes faster should have larger muscles, if that’s how that works. Would it be too much if I ask for a wind tunnel simulation in the editor?

The organs would also be the skill tree, you can only place so many stuff in your personalized organs, so you have to strategize. It would tell how efficient your creature is.

I don’t like limits like that. The reason I wouldn’t put 10 hearts should be because adding a second one doesn’t make my creature faster, not because the editor wants me to remove something for everything I added.

or just more like a skill tree where you place the points to get more efficiency, so you don’t see them visually, but the effect of their placement is still felt during gameplay), but the members are visible and probably the focus.

Designing the organ may be restricted, so you can’t design a heart shaped lung, you only change the things that matter, like increasing alveoli density, if that’s what matters.

some Storage connected strategily so not to waste energy

How is it stored strategically? Is it about the center of mass?

Now you open the internal system viewer, place the two organs strategically so not to cripple the creature with bad placement, and save space, and be done.

How does bad placement work? My liver could be on the left instead of the right (if there was an empty region there) and nothing would be different.

a tail, for example, would only be part of the sculpting process, because it doesn’t have a specific function like movement or grabing, it just swings around.

Tail can be used for grabbing. Its just that it’s normal purpose is about balance, communication(for cats) etc. It is long and narrow, it should be classified as a limb. If a snake has organs at the back of its body, then it doesn’t have a tail. And there shoud be limbs that can’t move.

You place the members around until it has a balance of looking good and being efficient,

For auto evo, looking good should be enforced by making it also the efficient way, for example, by giving discounts for symmetry, if it doesn’t happen by itself.

I’ll close this as we don’t plan on having a part editor (instead using a sculpting type method),

The parts can be sculpted and then added to the larger organism, the placement is also custom. How can everything be designed on a single editor?

Can every organ be edited? I get how a gland can happen, its just syntesiser cells grouped together, but how to design a heart? It should be pre designed, and by design, I mean there is a way it looks, it doesn’t have to be like a steam engine simulator.

At this stage the player would add organs, bone/other kind of plating, sensory organs/areas and so on. These would be added as moldable spheres that are dragged inside the creature (There would be an option to auto-snap these spheres to the insides so they take all of the space in the area. This would be useful especially when editing the muscles in limbs.)

I can imagine auto filling used on the brain, and a plating added around it. But muscles? Do you suggest the ability of adding organs inside the limbs? I know woodpeckers move their heads a lot, but thought there would be a difference between the limbs and the segments.

This thread is really old. So hi there, if you’re reading this in your mail.

I think it should be the other way round. You place organs and that determines the creature’s shape. 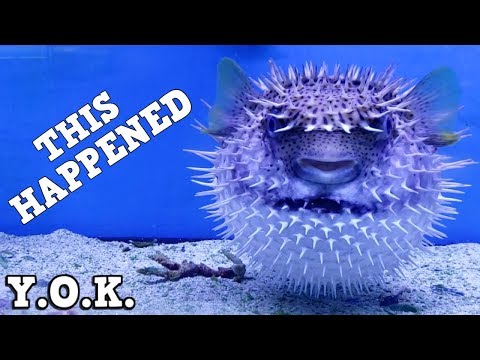 If you decide to put rigid bones or an exoskeleton that is larger than than the region it covers, you can now place organs with respect to the bones, not just with respect to each other.

I think there can be a thrivepedia for organs. You can place organs designed by other players but you design the overall creature. So there are presets but they can be edited.

All of the evolutionary history of the organs are included with them, so that complex looking organ you added isn’t complex when you added, it gets there like a credit card payment. But if you edit it, it stops changing.

This could also be integrated with difficulty.

I don’t think the difficulty level should change the way organism editor works. It can be made by increasing the speed of auto evo or giving advantages to other species.

For instance a mouths primitive model is a hole that would be placed on an early organism like a worm or something similar and you can evolve the mouth as the organism dose.

Mouth is the first hole in the species. It preceeds the tissue metaballs.

the player could create new “premade” parts that could be later just dragged and dropped onto the creature. Regarding the realism of this, we could still use Spore’s mechanism; the bigger the change the bigger the time period.

For example, if you have 2 hands, as you edit them in the part editor, they are updated on the organism. No need to delete them and add newly designed ones.

This then brought up the topic of having multiple editor tabs for bone, muscle, skin, etc. and also having a simple and complex tab so that you don’t need a degree in biology and anatomy in order to play the game.

Are these related? Knowlage of biology isn’t needed for designing a bone.

I remember someone mentioning that bacteria can exchange dna, so it could be realistic to get more MP if you swapped dna with another cell. But I don’t really like this idea as I would imagine that this should lead to random changes not ones that the player can just spend however they want.

It can be used to unlock the organeles the other cell has. That wouldn’t be random, or forcefully added.

I think there should be a two step process for adding organelles, proteins and enzymes. The first is evolving the gene for it (or doing a horisontal gene transfer). This takes most of the dna points. After unlocking it, it takes only a small amount dna points[2] for moving it around the cell or changing the number/amount of it.

Wasn’t something along the lines of sexual reproduction planned,

Horisontal gene transfer is like a sexual reproduction with another species.

How will a fighting system work? It would be such a shame to just use HP and simple all-or-nothing Hits like Spore did, if each organism will have such a complex interior with all the natural critical points (arteries, respiratory organs usw.) already laid out. But I can already see that a complex collision-physics-based system would complicate things tremendously (although Overgrowth did some good work in that regard, if I remember correctly…)

There should be a reason that forces the creatures to put a skull around their brains. There can be multiple hitboxes or just one, but the damage is spread among the organs, the first one to hit zero health kills the creature.

Skull would probably rely heavily on sculpting, whereas spine might be done as a single line, where you can set the number of connections, making it into many smaller pieces.

Skull is like a hard skin under a skin, no difficulty for its shape. For the spine, each of the vertebres could be a segment, so if you are making a giraffe, you can’t change where your front legs are connected(without using too many mutation points), to have a longer neck proportional to your body, you have to make the vertebres in your neck longer than the other vertebres.

Why? The creature owns the parts, there isn’t a communism. What you say is more appopriate if the definition of a “species” was blurry and every cell did a horisontal gene transfer with every other cell. Is that how it should be?

another evolutionary trend is the formation of “heads” (the grouping of the brain, mouth and senses in front of the animal)

I think heads can be a single segment, so it is not necessary that the ear is also placed there

Hydraulic
Expands and contracts. Needs to be connected to a fluid.

This would be very interesting.

I wonder if ball bearings can evolve

Only one fluid in a channel at a time

Extractor
Moves a compound from on channel, to another. For example, O2 from lungs to blood, or OxyToxy from gut to venom glans.

Isn’t this what normaly happens in the lung? The oxygen enters the blood via diffusion, the alveoli are there to increase the pressure. I didn’t get the venom gland thing. Do you need to eat it to store and later use it?

You have a Neuron cell, which can be set to a keybind, constant, or when a threshold is met. You can also set parts on slight delays and sequence.

Even in unicellular, the cells have behavior and no neurons. Do you suggest designing the behavior from scratch once the multicellular starts?

Stopping will get rid of all future plans

Make the middle limb of all six legs and add blood channels, axons, muscles ect so it can still move

I think there should be a default tissue (has axons, blood channels) and the limb is made from that

The parts can be sculpted and then added to the larger organism, the placement is also custom. How can everything be designed on a single editor?

Have you seen any of the late multicellular editor concept art? Even if parts are made by the player, plopping them down still causes every same problem as premade parts (at least in terms of spontaneously evolving fully formed arm in one gone).

I meant evolving slowly, but having a seperate section in the organism editor for the parts[1], and being able to change the places of the organs in the larger editor.

So not really a part editor, then? Because I assume most people will have played the evo game that starts with an S before, them hearing “part editor” will most likely result in them thinking about something that is very close to what that game has. As you now described your idea it is more likely than the part editor. I think you should come up with a new name for your idea rather than “part editor”.