Here’s some things I drew for the game. 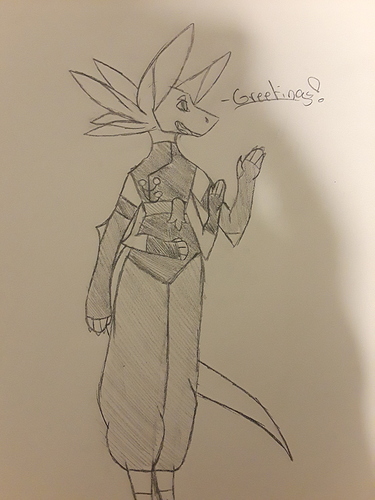 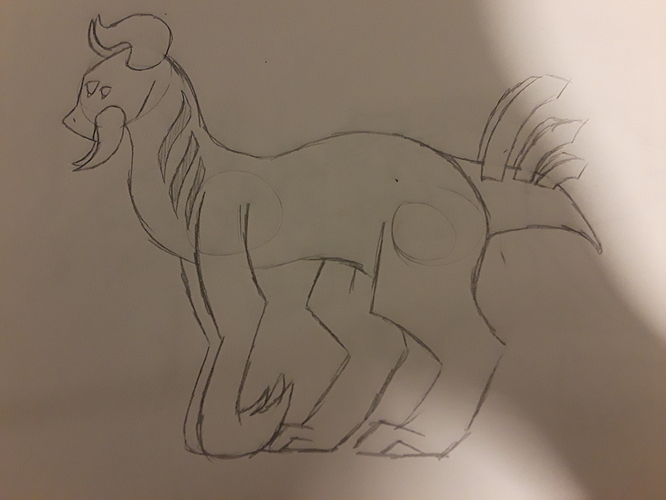 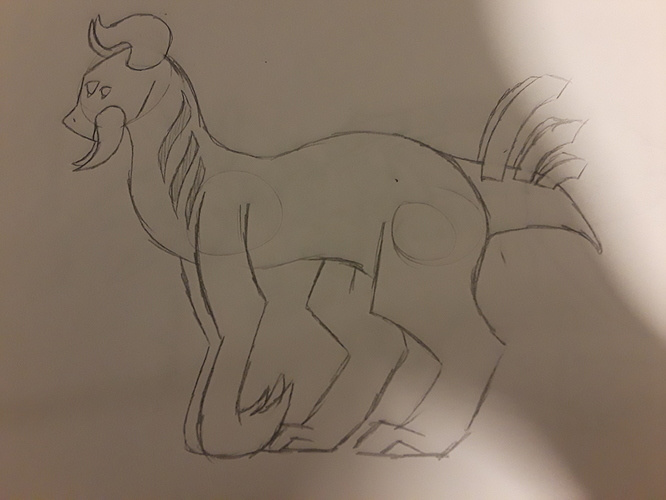 Would love to see some lore on this one like what it eats etc. on this thread.

Welcome to the newest reboot of the Thrive Universe (TU) - until the next reboot! The Thrive Universe is a place where members of the Thrive community can while away the centuries, waiting for the development of the actual Thrive. We shall create our own universe of creations made by community members, and our own canon of stories created using these player-made creations. The TU is constructed on the Thrive Community Wiki, through text. It must be said that the TU does not indicate any sort of… 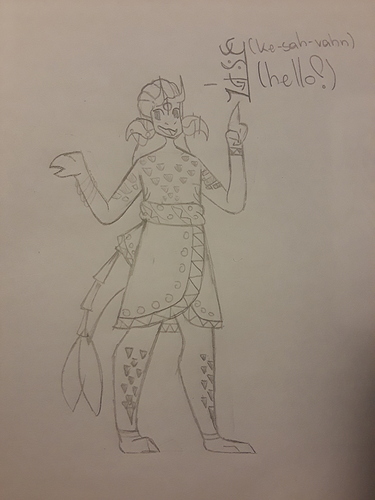 I drew something! This time, it’s the race I’ll make in the game once there’s civilization building ^-^

They are called Ylexians. They have smooth skin as well as hard plates found on the chest, arms, and legs. They can grow any shape of horns anywhere on their head, usually found in pairs, or one, their horns would be symmetrical on their face. They also have soft, appendages on the top and behind of the head, that would be put into any kind of hair style. Ylexians are fairly good swimmers, as their world is mostly covered in water. Ylexians only have only one gender, so they can reproduce both asexually and with a partner. That is why you would see some looking the same, but countless variations in the entire population.

Their culture is tribalistic, and care deeply about every member of their tribe as if they were family, a very loud, outgoing family, it is never quiet in a Ylexian village. Their culture also revolves around working for the whole tribe. They would add facial tattoos which represent what job they have. But, Ylexians by nature, are thrifty, loud, and opportunistic. They make great merchants as they try to sell anyone anything they own. They have achieved space travel, and some do leave to explore the universe, or live their own life, but most stay on the planet they’re from.