Most likely super weapons in the space stage will be extremely powerful and unusual. From nanorobots devouring entire planets or, for example, star exploders, in general, there are many ideas for such weapons and, most likely, you will have them in the middle stages, although they most likely will not be as technologically advanced, for example, you there will be no weapon that will turn stars into black holes. And by the way, what is the maximum superweapon we can create, that is, we cannot do a thing that is capable of disintegrating reality?

Most powerful superweapon, hmm, depends on what theories of everything you subscribe to, and how much license we are giving the player to effect the quantum world. If everything’s in their favor, using Clarktech and with string theory as the bases of the world, the player could distroy all realities before they ever existed. Using the conservative estimate of “nothing new under the sun” logic, giant galaxy destroying lasers. In between, and most likely the maximum, would be self-destructing the observable universe with a true vacuum, dark energy weirdness, or time travel. Edit: oh and with ftl there are no range limitations on the weaker two, and so you can use the observable universe killer without killing yourself, but the enemy can now escape it too.

Black hole bomb. Destroys entire systems, and there’s even something left behind to clean up the evidence. Basically, take a black hole, surround it in mirrors, remove a panel to fire a powerful laser aiming close to the event horizon of the black hole, (this will built up energy every time it gets close to the horizon) replace the mirror panel and let it sit, then, BOOM! just like that, you destroyed an entire solar system, maybe even dooming others in the process!

You’d need gamma mirrors or something like that, and prolly either pulsars or micro black holes.

You could also use a sudden strong gravitational pull to make a black holes inner horizon overlap its outer horizon on one side, creating a laser with the mass of a galaxy, only one shot though, until you find another.

There are really infinite possibilities for this, inject a bomb into a star, create a black hole, hurtle one system into another, there are lots.

Also one thing I’ve randomly learned about black holes that they aren’t magical sucking devices, they just have enormous gravity. So while they can definitely disturb the planetary orbits and mess up a solar system, it might not be that likely that they can just gobble up all the stuff there to leave no trace.

I know but you can still hurtle things into it.

If a civilization has sufficient technology to compress stars very strongly, then it will be able to turn stars into black holes for any purpose.

Yeah? That still doesn’t negate my point that it doesn’t become a magical sucking device of ultimate destruction.

Why i prefer Kuglblitz bombs. they cant eat a solar system but they can irradiate a planet. then again if you feed a big black hole and spin it a lot you could get a pulsar. that wont eat a star system, only a perfectly aimed galaxy core black hole could do that, but it’ll burn it. whole systems.

I’m not suggesting that creating a black hole is a mega weapon capable of swallowing entire star systems, it’s more of a tool.

like dumping matter in them to make energy or using the gravity to aim RKMs or what?

it not exactly related to the space stage, but it’d be pretty cool if you could make unconventional weapons by abusing natural animal instincts.
like that one army that tied burning rags to the feet of a bunch of pigeons so that when they returned to their nests in the city it would light fires everywhere.
kind of like a medieval superweapon

I personally think that in early stages the most op “superweapons” are basically destined to be diseases or possibly something that makes city walls irrelevant. That is a super cool idea though, mayhaps using termites to weaken walls or those birbs to deliver diseases (or fire, thats pretty powerful.)

yea, and their nests acted as kindling, pretty much the entire city was gone by the next day

Yeahhh I heard of that, pre-gunpowder innovative tactics are epic

something related to kiev…
one sec heres a video on it. 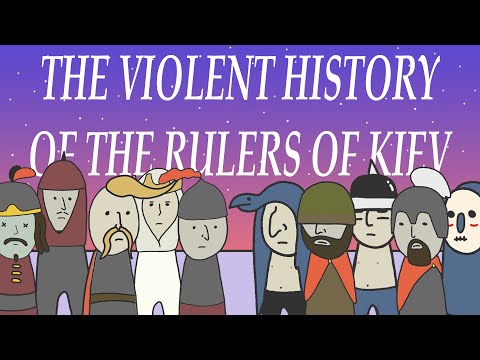 (I know I’ve said this before, but the Idea is just a fun one to play around with.) You could use black holes for a TON of different super-weapon designs. Galaxy lasers/bombs, Black hole bombs, literally just directing one toward the target planet or star (and yes I know black holes aren’t just vacuums and they have mass and can be effected by gravity). Basically eradicating everything in the path of said super-weapon.

The last ones kinda straightforward and not worth mentioning… so, if you have any other ideas for system or galaxy destroying super-weapons, then keep posting on this forum because this forum needs more attention because I want to destroy everything in the galaxy in one fell swoop in thrive, and I assure you this obsession is not unhealthy in any way shape or form… at least I hope not.

Objective:
Cause Radiation Sickness to a certain region of a certain planet.

Description:
By some way gather and accumulate radiation and redirect it to a locked on target. It could be accumulated by nuclear splitting large amounts of uranium under a dome made from a material that traps high intensity radiation inside it. Then, by locking onto the region of a planet, the barrel opens and all of the radiation is freed in that direction.
Its important to note the velocity of the beam is at the speed of light and that the radiation/light is incredibly resistant to gravity forces (light bends slightly with gravity with exception to some cases: Stars, Black Holes,…).

Impact:
The consequences won’t be immediate of course, but some species will develop severe radiation burns and of course, cancer (not that it must be this accurate in the game, due to players personal problems with the disease).

Traceable:
There may be more evidence if a certain region suffers an impact like this, but I think its probable that people in the region may notice a shining point in the sky, almost like a distant star at night. So it can be traceable if noticed.

1st) While the species has no control of a large enough ship, the core/trapping dome must be located on a planet. The species may build on their home planet or on a colony planet. It is wise for a species that knows the nature of the weapon to place it on a inhabitable planet they control.

2nd) When the species gains control of a supersized ship, like a gigantic one, it can create this kind of weapon to its usage, but in order to do it and transport it, there has to be a limit on the dimensions of the weapon, weakening it significantly. The advantage of it is the possibility to transport the weapon/beam, creating a bigger reach from the home world and still making enormous damage.

Extra 1)
At a thin laser dimension, there can be snipers built with this concept to kill an important target (mini dome, mini nuclear reaction, steady laser to the targets head for awhile).

Extra 2)
By using a star as a reactor and making an enormous trapping dome surrounding the star, the most deadly version of this weapon can be created. Instead of impacting a certain region of a planet, it wipes out any vulnerable organisms in that side of the planet and many other space bodies in the trajectory. Like a radiation barrage that wipes out souls.

Distance:
Radiation dissipates with distance, so there may be a range for it. The closer the target, the most intense the impact.

Some planets may have a certain gas in the atmosphere that absorbs the radiation and turns into stable particles. By doing this it shields the ground of the planet from high intensity radiation.

I had this idea for the weapon to this game but I do not find the impact of the weapon any amusing - we have seen similar scenarios.

It may teach the player about consequences of blind aggressiveness due to every secondary effect and friendly fire. It may come to use in emergency situations. It can be made incredibly expensive to build and use the large model of this weapon for any species, so it won’t be used that much.

I hope this weapon is simple enough to understand in contrast to many super weapons created in the game, due to the nature of it.

Also, by reading the “WORTH LOOKING INTO” section you realize that this is more of a technology with many weapon applications than a single super weapon.

Finally, thank you for reading this big post. I wanted it to be as detailed as possible.