As the title describes it{1}, I have begun a Source engine version of Thrive. I have just finished making the game menu (not including options). Let me try showing you… . 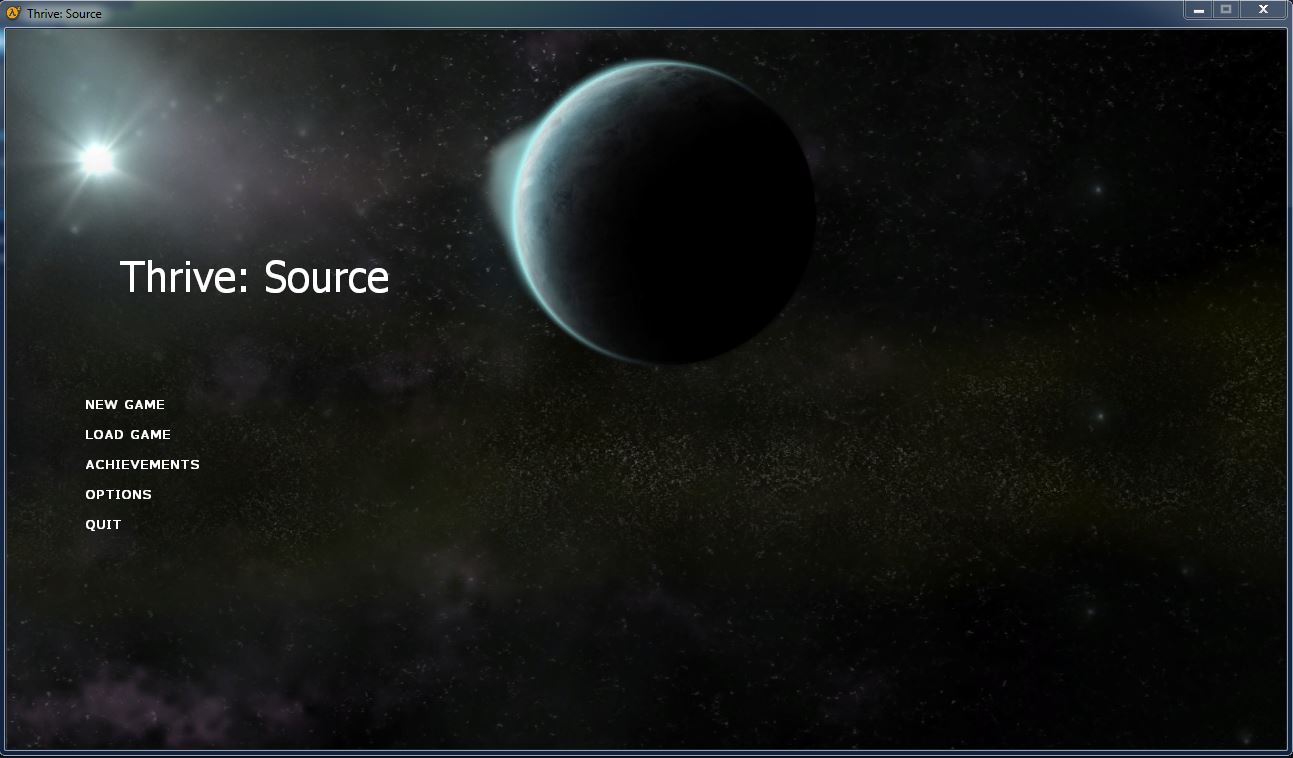 thrivesource1293×758 77.4 KB
There is indeed the music of Thrive, but footage programs are being silly now. I had many complications today and yesterday (trying to make a 2013 source mod and make it work, footage programs being silly, trying to find amd software to record, etc.), but here is the beginning!

not trying to be rude but is there a reason why you are doing this?

blackjacksike (Weird FNAF cat) March 17, 2019, 12:19am #3
I’m doing this for personal autoeducation purposes only. In other words, I’m doing this only to learn how to use Source engine and also because I want to see how Thrive would look like on Source. That’s all. I didn’t know it would upset/disturb so many people… .

EDIT : Poll because I’m wondering about your thoughts… .

My option: I don’t know what is going on anyway.

I’m now expecting thrive sfm videos.
Also I quite like the minimalistic approach to the menu’s design.

EDIT : I’ll try working on the Source project every weekend.

blackjacksike (Weird FNAF cat) March 17, 2019, 8:31pm #7
Hey, @QuantumCrab, I may need your help. I found a tool for blender that can export models and probably scenes into DMX files. In other words, if I have your rendered scene, I could make it supportable by SFM since this program saves its scenes into DMX. So I am asking if you could send me your beautiful rendered scene ?
QuantumCrab March 17, 2019, 8:33pm #8

So, you just need the .blend file?

I guess I just need the blend files. Thanks

I think everything linked with auto education and passion is always good.
You have really a lot of patience in try making something so huge!

This is for experiencing how Source engine works, and I took Thrive as a kind of challenge.

Now, dear dev team, I began making the first chapter’s maps (maps for the first stage). But here comes a problem. I know that the game is technically 3D, but it looks like 2D, for the camera is placed above the player. Source engine is entirely in 3D, so I have to make a choice :
Also, I want to ask about a thing. How would I use a procedural map generation? How do procedural features work in games ? That would be cool if someone could tell me how it works, and how I could use it in my version of Thrive. Thanks!
hhyyrylainen March 18, 2019, 6:46pm #13

Also, I want to ask about a thing. How would I use a procedural map generation? How do procedural features work in games ? That would be cool if someone could tell me how it works, and how I could use it in my version of Thrive. Thanks!

That heavily depends on the engine. In most modern engines you just have static meshes which you fill with dynamically generated data. I don’t have a ton of experience with source but I used to make maps with Hammer. And from what I’ve read about source it is pretty terrible for procedural generation because it uses precompiled maps (BSP format) so their rendering pipeline might get totally clogged up if you make maps without making them with Hammer. I think I’ve read about some source games with procedural generation and that they had to directly edit the engine to properly support it. I think you can still somehow make procedural models with Source, so I think it’s possible to do some kind of procedural stuff with it.

I think I’ve read about some source games with procedural generation and that they had to directly edit the engine to properly support it. I think you can still somehow make procedural models with Source, so I think it’s possible to do some kind of procedural stuff with it.

So this means I would need C++ programming in this case. I think I will make static maps for now, and I may add procedural generation later. Thanks for the info !
What I’ll probably do first (in order) :

I would personally opt for 3D
Why? Well I’d like to see a different approach to thrive, rather than a replica in source.
Also will it be for mac?

blackjacksike (Weird FNAF cat) March 19, 2019, 10:08pm #17
It will be multiplatform when the first stage will be half or entirely completed on my version. However, it won’t be on Steam rightaway, so I’ll have to put it on Github or send you the game. Also, I just have decided to make the game 3D AND 2.5D by putting a camera changing feature just like Witcher 1 (except it was 3D only, and so not 2.5D; also, don’t play this game if you’re not at least 16). And yes, 3D would be cool, so I’ll probably have to consider maps as chunks when I’ll include a procedural generation feature (meaning the planet).
For now, I’ll make the maps for 3D only for the sake of simplicity (you would play as fish Gordon Freeman, lol). Then, I’ll put intro videos with SFM. Finally (before programming and scripting), I will need the help of art dev team (meaning people like you, @QuantumCrab ) for 3D models. Also, animations will be changed a bit. For instance, in original Thrive version, the cell’s membrane isn’t a part of it (membrane is not programmed, at least that’s what I think), so when performing phagocytosis, the attacking cell is just going through its victim.
However, in my version, I will try to make it more realistic : instead of going through the victim, the attacking cell’s membrane will SURROUND its victim before killing it, for that’s how it works. That means I will need your help for making a membrane 3D model. Of course, I will try to learn Blender, but, argh, it’s so complex! But it’s free! Maya is simple, though it is 500’000$, so screw it. Overall, I will count minimally on your help, because I have to upgrade my skills, so that I can be autonomous. But, advice and help are really good when I need them.
1 Like
blackjacksike (Weird FNAF cat) March 23, 2019, 9:06pm #18
Hey, I’ve been thinking about my map and it should be huge. To represent the environment correctly, I think that the map should have a height of 6 km, a length of 18 km and a width of 12 km (sea biomes frontier (height) : -200m, -1km, -4km, -6km). However, the size of a cell can go from 0.1 um to 100 um. Would the game lag ? Would I have to divide my map in chunks ? What would be the x, y (height), z for each chunk ? What distance can Source support in maps without lag ? What are you advice ?
hhyyrylainen March 23, 2019, 9:09pm #19

I think there’s a specific size limit in source and you can’t smoothly load new maps.

It’s most likely impossible to represent the two hugely different scales at once without any engine hacks.
So you need to make the map reasonably big but do the same thing as thrive does that basically some size is the cell size and build the size of other things around that.

Ok, I’ll remember that (TellTale Games). Also, how do I get to know what is the size (meters, km, etc.) on the 2D grids in hammer ?