For clarification, I mean megastructures established in space rather than being built on the ground.

Megastructures sound like a cool idea to me, and in-game you could take a lot of time building one for either research or exploration purposes. For reference, one of the largest known technologies in the Thrive Universe is the Rag’Kor Wormhole Relay system https://thrive.wikia.com/wiki/The_Rag’Kor_Relay_System.

One of my other ideas was a Dyson Sphere, which is a hypothetical megastructure that encompasses a star and takes in a large amount of the stars power. I don’t know how this would work in the game, but I might make some concepts for some that could be used. 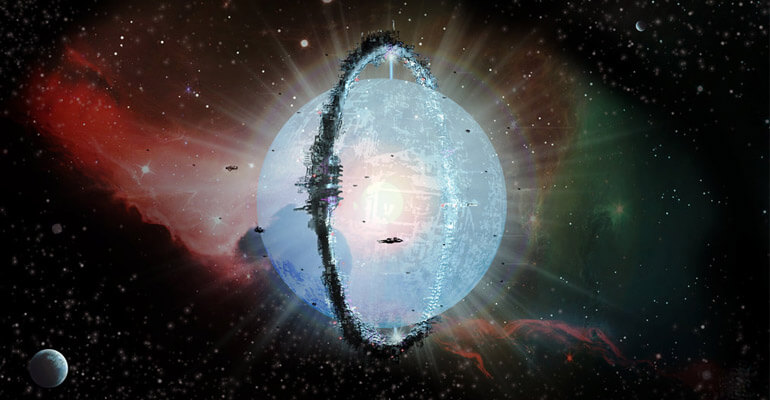 Besides the dyson sphere idea, could there be ways to build structures that can maintain a type of wormhole system? To the point where you can travel to different parts of the galaxy or to newly discovered planets either for militaristic or scientific purposes. Now, you can build these structures very large, but there will be limits to how large you can build them. Dyson spheres will be massive, yes, since they would be built around a star. Now, we should be able to choose a star to build one on. But it can’t be red giants or blue giants, maybe. Habitable stars like ours or red dwards would be better solutions.

The limit for megastructures could be around 3 lightyears or more, anything above that and it can’t be built. It would also cost money and researching other technologies before you could actually make one. First, you would need to become advanced enough to gather the neccessary materials in order to built a portion of it, then continuing it.

It wouldnt be built instantly, it would take time to do it, and you could watch its entire progress after it’s complete in the GUI system. It would show like a time-lapse of the different parts and sections being bolted together. A dyson sphere could also be some sort of command center, council, or just something cool to make.

Dyson spheres is definitely something I want to have in the game. Perhaps the ascension gate would need to be powered by multiple Dyson spheres to work, so there would be a huge incentive to develop the technology to build megastructures and then build many of them.

But wouldnt those dyson spheres then need to be in close proximity?
and then wouldnt you have to put the stars closer together?

To have them closer together, you could possibly make the spheres mobile in some way. Using a sort of shield to protect the sun from everything else.

For the building limit thing, i’d suggest the more advanced your race becomes, the bigger structures you can build. So if you are at our current level, “Mega” structures can be no bigger than 1 Kilometer in diameter. And they would take extraordinary much time to build. At a point where you are as far as for example the Vorlons from B5, or the Puppetiers from Ringworld or even further, the Max. Diameter would be Huge.

Why would the advancement matter? Instead your available material technology and resource transportation capability should limit what you can build.

But with more advancement, you have better ressource transport and stuff…

But yeah its better to base it not on the advancement itself but on what you are theoretically capable of.

So if you are at our current level, “Mega” structures can be no bigger than 1 Kilometer in diameter.

1 kilometer is something that a sapient civilization who live like caveman would build, even if they’re a spacefaring civilization.

Something close to 7,000 kilometers or even 70,000 is enough. Hell, the ascension gate is probably way bigger than that.

I would imagine the ascension gates main part to be actually pretty small but the power requirements and supporting components would make it really expensive to build.

Yeah, but the ascension gate should probably bigger, since you’re building it to literally become a celestial being. It should feel more like an accomplishment when you build this giant structure after months of hard work, getting all those materials needed to build it.

But how can you make entering the gate dramatic if it isn’t like small thing individual people can walk into. It has to be so that the actual gate part is small like a stargate and the supporting machinery and energy generation is the large part.

Okay, I see what you mean now. For it to be more dramatic, and a happy moment, people (as in your species) will slow walk into it and transcend? Now it’s making sense.

But really though, I like the ideas. What are Matrioshka Brains and O’Neil Cyllinders? 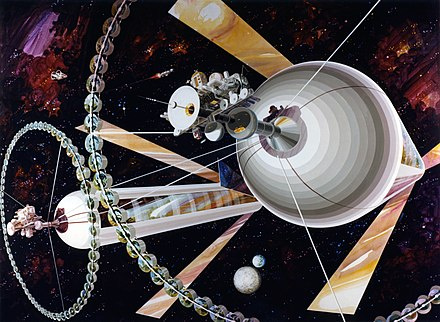 A Matrioshka Brain is just a dyson sphere turned into an even bigger computer.