Let’s pick up where the science left off not the arguement.

Edit by @hhyyrylainen: this thread is open for people to bring new scientifically backed arguments for how underwater civilizations can develop advanced technology. I’ll delete all other posts.

Additional edit: also proper replies to these new points that actually respond to their arguments are okay.

Edit 3: see the last post for why underwater civ discussions are once a gain locked.

OK how do we get safe fire? The only problem.

That is not a good source to use as a proof.

I will moderate this thread very heavy handedly. But I can’t guarantee someone else won’t just immediately lock this.

I am convinced that underwater civilizations are impossible from all the previous arguements but I still want the other side to try and find a way to make it work, maybe there is something we are missing. I don’t want this thread to be locked so please try not to start any arguements.

The only way I see water civs is if a land civ uplifts them it may be like a game mechanic for water civs to evolve with land civs but still if the game wants to be accurate water civs must be very rare and must have a land civ companion.

Okay, I’ll delete all future posts that don’t bring up a new way for underwater civs to manage to get advanced technology (like metals).

Uplifting was something we discussed awhile back. I’m personally in favor of that. It’s kinda a deus-ex-machina though.

I am pretty sure the only way you are advancing as an underwater civilization is if you are amphibious or uplifted.

One of the primary concerns with using hydrothermal vents seems to be the temperature killing the creature, what if you had a crustacean type creature with a heat resistant shell. The shell protects it from the heat, the metal melts and you can progress in technology. This would not be an amphibian crustacean, it would be strictly water bound.

u say it can melt metals and not shell 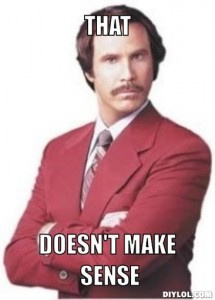 It was a mistake specifying which kind of heating type, but any of the heating types required to melt metal underwater seem to involve melting the creature. Different materials have different melting points, to get bronze you need to get temperatures of around 1085 degrees Celsius or so, if the creature had a silicon based shell than it could survive those temperatures, up to 1400+ degrees Celsius.

Where to find the heat to melt it is beyond me, I’m not an expert on oceanic heat sources, I just solved the problem of what circumstance allows a creature to melt metal and not die trying, I’ll let the science people deal with the rest of it.

I looked it up and water above 400’C is impossible the boiling point is 100’C so with pressure the max u can have is 374’C to be exact.

I just remembered we’re talking about stone age creatures, humans didn’t just lay a clump of metal on top of fire, it wouldn’t melt, we had to build forges and a water civilization wouldn’t be any different. They would build a building around a vent or other kind of heat source and let the heat build up to the temperatures they need. BOOM, underwater civilizations with metal, from there they can make for advanced things and hotter forges to make even better metal and so on until they are an advanced empire.

The hottest vent is 400’C and all vents are way too deep. Superheated water is liquid water under pressure at temperatures between the usual boiling point, 100 °C (212 °F) and the critical temperature, 374 °C (705 °F). It is also known as "subcritical water" or "pressurized hot water." Superheated water is stable because of overpressure that raises the boiling point, or by heating it in a sealed vessel with a headspace, where the liquid water is in equilibrium with vapour at the saturated vapor pressure. This is distinct from the use of the term superhe...

First of all, wikipedia.
Second, you are only talking about how hot the water gets, if you surround the vent you can create a pressurized room to keep water out, air can get the heat needed to melt the metal.

I am not certain how you imagine this “pressurized room”, which would need to be constructable with building techniques and technology that predate fire and also enable a concealed bubble of air (don’t forget that this relatively small pocket of air would quickly consume the oxygen in it and suffocate the flame unless you constantly keep the air flowing) while also allowing an underwater-creature to operate it … all in all pretty a pretty complex construction to create a phenomenon, that they should have no actual experience with. After all, we humans could refine our understanding of fire and its merits because we encountered it in the wild before, in the form of forest fires and the like, from there on we could experiment. Underwater creatures would lack this oppurtunity (since fire just can’t happen in their habitat) which should further stunt their ability to develop this technology.

I understand that I may be a bit late to the party, but I came across a video that demonstrates metalworking underwater:

My only issue with this video is the advanced technology and methodologies that were used to make such a reaction underwater possible. This isn’t to say that an underwater civilization couldn’t somehow yield a similar reaction, it’s just that the probability of one having both the resources and logical thinking skills at that stage in societal development is unlikely.

We aren’t using fire, we are using heat escaping from vents which means no oxygen is required. There would be a room build around the vent to keep the heat from escaping letting the inside acquire the temperatures needed to melt the metal (a forge). I think I proved underwater civilizations are possible but I know someone is going to find something I missed and need to find an answer to.

Being able to melt metals with a low melting point into simple tools is far away from developing the technology to be able to build electronics and rockets underwater. I think the step to having underwater structures with air inside for manufacturing complex things is still needed. And according to the went temperatures you can just melt lead: Hydrothermal vents in the deep ocean typically form along the mid-ocean ridges, such as the East Pacific Rise and the Mid-Atlantic Ridge. These are locations where two tectonic plates are diverging and new crust is being formed. The water that issues from seafloor hydrothermal vents consists mostly of sea water drawn into the hydrothermal system close to the volcanic edifice through faults and porous sediments or volcanic strata, plus some magmatic water released by the upwelling magma. In terre...

and there was this discussion:

How would an aquatic civilisation forge tools?

that indicated that only basic tools could be created. So I doubt that it is possibly to have an underwater civilization actually advance until someone writes a really comprehensive post about how they can achieve advanced technologies like space suits (which they could use to walk on land), electronics and rockets. Until then underwater species will be stuck and will never finish the game.