HI!!! (again)
I want to offer an idea(s), I checked if they existed before (partly it exists, but that’s not what I want to offer) which was also interesting with new game mechanics and I also think with the idea will not be accepted, at least there was a basis for a better idea.
(And also because I do not know where to put it exactly)

Well, I want to offer 2 energy-efficient organelles: one has been proposed in the past, but I want to change the idea a bit, and the other is a new idea and can offer, even if it is not accepted, a completely new mechanics.

But uranium is one thing and it is known, what I suggest is other sources, for example cosmic radiation as an additional energy source.

It has less of an effect if you are at the bottom of the sea, but with you closer to the atmosphere, you can use radiation as a direct source of ATP (and another organelle to use the excess as storage for sugar [glucose] or even fat). It’s basically similar to the existing photoplast, just instead of producing glucose, you produce straight ATP.

Another source is ultraviolet radiation, which is believed to have been used in the past by post-photosynthesis as a primary source of energy, but here I think it is too close to being as photosynthesis.

I thought of exact numbers, I think if it’s acceptable, it should think together for game balance.

I will not add further because this idea has been published in the past (and I think more than once), so move on to the more interesting idea.

Composition of the words kinetic and fimbria

In any case, it is Pili outside the cell whose function is to absorb current and convert it into an energy source

There are 5 types of “streams”:

And no matter what is chosen, even if it’s more than one, it also adds new mechanics (and if I’m not mistaken, it was in Spore as well):

Current (both in the sea and in the air)

In short: the stronger the current, the more energy you generate from it.
According to real calculated data:
Water flowing at 0.1 m/s (slow stream) produces 0.00012 kcal /s/m^2 (this is a lot for such a weak current).

I imagine it as a pendulum swinging forward or backward, or alternatively spinning like flutes. In this way, heat is created from friction use as an energy to generated ATP (according to the law of conservation of energy) and can be converted into a preservative (glucose or fat).

My really abstract idea in painting: 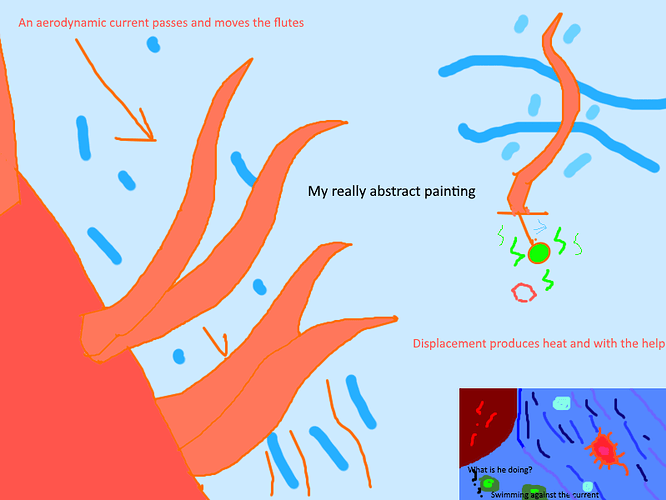 It’s something out of the ordinary, and I think it was really interesting to add something like that and imagine an animal that uses currents as an alternative source of energy and that it lives in currents, it was amazing.

The disadvantage is of course obvious:
The need for flow is required to activate something like this,
And active movement can even turn the creature energy from flowing (but this is possible if it swims faster than the flow intensity, but if it uses swimming just to stabilize itself, maybe it will produce even relatively more energy)

Even if it’s a little too fictional (even if numbers), I think it’s worth adding streams, it makes the game more interesting and challenging in some cases.

I was also thinking about creating a random planet, but that’s for another day, if I’d even offer this

I don’t want to write too many numbers or how exactly it works, so I put books to read. And also, when I write more, so it takes me longer to finish, it only took me an hour and a half to write everything.

I hope this is a good idea (at least some)

edit: In my opinion, I think it’s better calling it Kinetocilia

11 Likes
Temperature, Salts and Acids- life versus chemical and physics changes and ideas
Genetic manipulation, storge, jank and all in between
Water currents?
blackjacksike (Weird FNAF cat) December 24, 2020, 4:10pm #2
I like the second proposition, but wouldn’t it make more sense if it was working like a turbine?
doomlightning (The Invisible Aztec Dodo God, The Immortal gardium of Nervilla and Pandora Horizon) December 24, 2020, 4:16pm #3

its make sense in the end, but, wave energy in water its harder then air or just energy movment

If you did not understand, I can give an explanation from reality: wave turbines 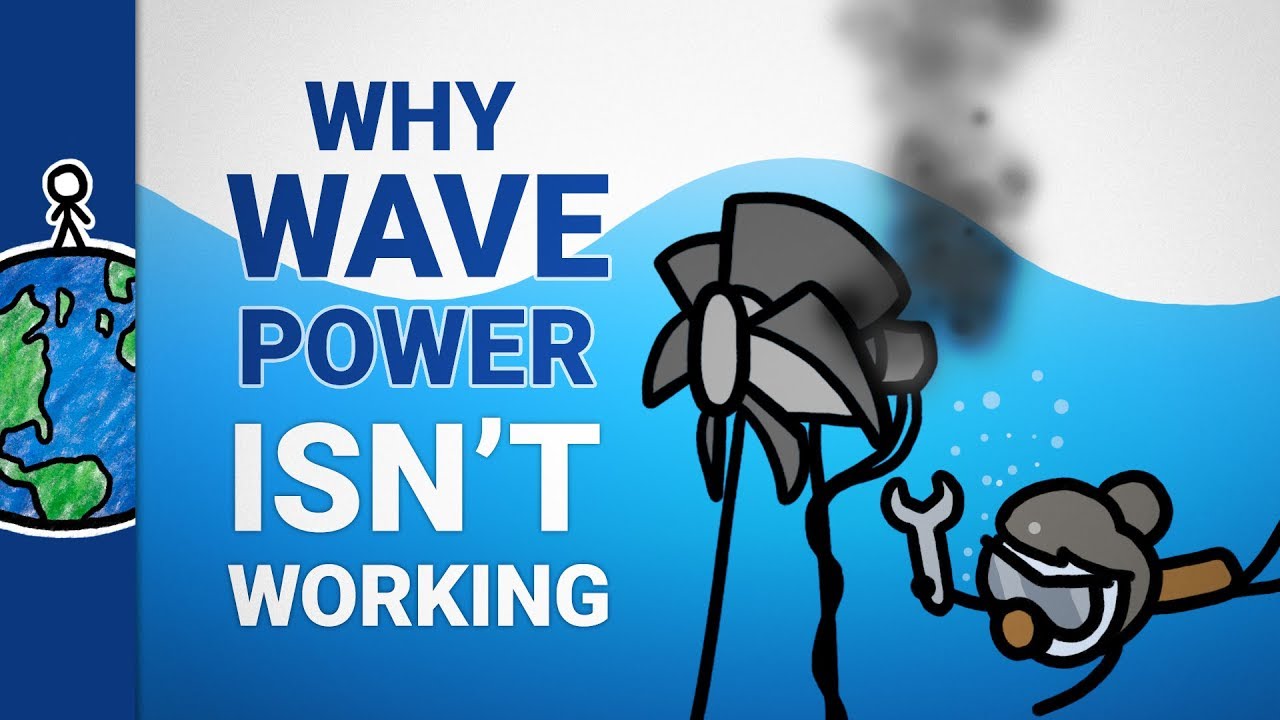 It’s hard to create wave energy, we have not yet found something simple (and yet we have not found anything similar in the world of life).
It’s just my argument why it’s better not to look like turbines, these are more like a sail

OK, I was thinking how it could work in the game (The Kinetocilia/Kinetofimbria):

If and you have it open and located on the cell, you had something good on the uniform: it was the ambient speedometer where you are.

It will capture one HEX (like Сilia) and in a state of weak flow, it will only produce ATP, but if it is in strong flow, it will also produce glucose in a way that depends on the intensity of the flow. Something simple but that was both healthy for the game and a game of search.

On closer inspection, I said it was a type of flutes that activates a pendulum, but after some reading, I think it would have been better if it was a forest of flutes (Fimbria) within which there were organic Piezoelectrics (electric charge that accumulates in certain solid materials in response to applied mechanical stress, such as quartz or DNA) that would be transferred directly to ATP. 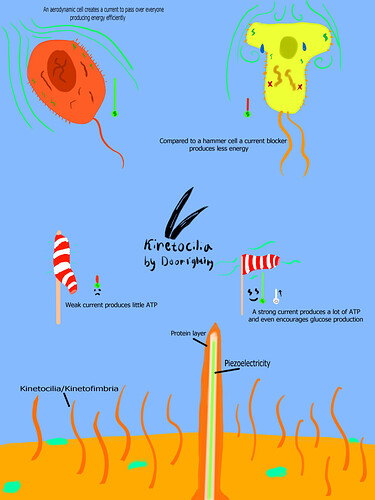 I think that was healthy and also interesting mechanics

Ultimately, it’s my idea or view on this idea, And hope (that even some) will see light was a real thing

So basically photosynthesis, but using other spectra aside from visible light?

Also: “photoplast” combines the chemical reactions of the Calvin cycle and thylakoid electron transport chain, when really it should just be a thylakoid that produces ATP. So photoplast and radioplast are practically the same (arguably). By the way, the suffix -plast implies that it descended from a plastid - like chloroplast - which implies that it’s an endosymbiont/eukaryote organelle.

Everything is concentrated in the same way, because basically everything comes from the same source, As if light is only a small part of the electromagnetic spectrum So in the end, they are the same, only different

Wouldn’t you need to have huge volume in order to capture any significant number of cosmic rays?

The only way I see cosmic rays being some kind of energy source, is on a rogue planet, as on any planet orbiting a star, the radiation coming from the nearby star will be so much greater than cosmic rays that it won’t be useful. Any species trying to use the millions of times lower energy from cosmic rays will be out competed by photosynthesisers.

It requires a lot just to get some, on Earth, most of the radiation is blocked by the Earth’s magnetic field, or the ozone layer, but in the past, the ozone layer did not exist because there was no oxygen in the atmosphere, but still in my opinion it is not enough, but It does not have to be just cosmic radiation (I gave this just as an example …).
Besides, it could be suitable for a rogue planet.