(Voices of fictional fans behind me) !

I will be the announcer for the first season of this tournament, IT IS:

(More voices of fictional fans behind me)!

Imagine I’m with a microphone

Okay Okay, people ask me before all (even before):
@doomlightning, What are you doing? You do not have one more game you do: (“Holy Game Nervilla [not real in Esperanto]”)

My answer is this:
That’s true, I have one and it’s still active and quite hot, but something a little weird came to my mind (like the title, the writing and basically everything else):
Why are there no forum games that really have a “battle between users” here, in a forum that most of the time is quiet needs a little better event than:

I felt like I was missing some things, and since I have time until the beginning of July to actually deal with all of this (and that I actually have time off until I start studying “life sciences” [I hope] in October)
I miss a bit:
Action
Violence
Blood (I’m actually Hemophobic, so in reality I’ll probably run away, but if it’s virtual blood, or in movies, I’m pretty okay with it)
A battle and not just wait a month until something interesting happens

So, by chance I found an old idea (one that I did not yet know thrive) and thought: it could be interesting as a short forum game, and also because of all my spontaneous jump on the whole topic of magic and sorcery, so it’s pretty much connected to what we see now:

Prepare yourself for a game that will last only a month:
ZOOMAGEUO MAGNUS BATTLE TOURNAMANT!!!

(Voices of fictional fans behind me, again)

And now for the precedent:

You’ll actually be fighting with the rest of the participants who want to take part in an evolutionary duel tournament that is quite similar to Pokemon, but different, and more Thrive Like.

The tournament will be spread over 3 weeks and will end at the end of this month, so you understand what I mean fast.

Each week during this time was a preparation time (the time you create your creature that will fight for you and lead them to victory) and every weekend (Friday - Sunday) there will be a quick tournament of your creatures in a one-on-one tournament and the creature that wins all battles will be declared the winner. Had the next step (if there is one), and points. But this does not mean that the winner will also win in the next stage, as there was a balance between things as it was once said:

Tougher creatures come from tougher places [said by me]

So now we start in the first stage: The microbial world

Each of you is evolutionary wizard (or an evolving wizard, I do not know) and each of you will receive the LUMCA (Last universal magical common ancestor) and together it - 1000 points. and will make it to Zoomagnus!

The points are used for Mutations, Enhancements and Abilities:

Wait, I missed something here

They have supernatural abilities of magic!

You can choose one element or magic from the following list -
Fire
Earth
Water
Air
Darkness
Light
Electric
Space
Time
Death
Life
Chaos
Oder
They are less critical now, but they were especially important for the next stage, so they must choose up to 2 of them (each of them costs 100 and possibly opposites)

So if you want to participate, you can register your Zoomageuo in this way:

I want to participate:

And if you want to call an entire animal cell by name, you are welcome, otherwise I will just use your username as a name

Basic image of the creature:

At the stage of the tournaments, it will be randomly and completely automatic, so if you build well and with luck (like for example you fight against water and you fire, but there is no resistance to poison and you are able to create one, then that can happen)

The big winner of this stage will get a bonus points and will get to choose where he wants, the rest, depending on their position, will receive other prizes.

after that:
The second stage Is “Multicellular” and the third is “Intelligence”

The biggest winner of the last stage: will get to be my profile picture (after I draw it the Zoomagnus, its a big honor, Maybe, Maybe I’m kidding)

After it’s over, he will not return, but if there was a demand and want to move it again, then it will happen in September.

There is no limit to how many people will participate, but I prefer it to be an even number

Of course, if I missed something, or you want more information (which I am still partially working on), feel free to ask me and write here.

So prepare yourselves for this weekend, because it was deadly!
(No creature during the preparation or participation was injured or destroyed in the process of writing lines for him or will die in the tournament, we have the ability to revive them and even if they destroy, die or just lose, they will still continue to the next stage)

That we had a quick, healthy and easy game of:
ZOOMAGEUO MAGNUS BATTLE TOURNAMANT!!!

(Voices of fictional fans behind me) !

(Throws the microphone and walks away [to sleep]) !

How far can the supernatural powers go? Can we go totally bonkers or not?

Let’s try this out, it’ll fail, but still.

Name: microhydrox
Elements: darkness and water
Mutations: a nucleus (drastically increases size), oxygen breathing and a debris shell.
Enhancements: size! Magical attack range x2! speed! power! Magical power x3! More HP!
Abilities: advanced engulfing, the magical abilitiy to shove stuff around in water with magic (including myself), the abilitiy to increase the internal pressure of other microbes to blow them up, and the ability to make myself undetecteble with magic! And finnaly, the ability to make force fields out of water (they could behave like ice sheets or high powered currents).

I guess i join 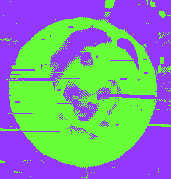 How far can the supernatural powers go? Can we go totally bonkers or not?

As much as it is physically possible fictional:
You’re a bacterium, so it’s pretty limited to suddenly create a fireball the size of a watermelon or something like that

either a nucleus (if lumca is prokaryotic) or the ability to have more than one nucleus (if eukaryotic, either way it drastically increases size)

Abilities: attack, defense, ablity to convert everything that it engulfs or that enters its body into magic power

element/magic: Death and Darkness.
mutations: Nucleus, death aura (saps life of nearby enemies), poison glands (release cloud of poison around me), Blighted aura (causes sickness and debuffs to nearby enemies (minor at the beginning, but as i upgrade it it will become more powerful).
abilities: zombification (dead enemies rise as undead husks that attack the living), cloud of darkness (release a cloud of dark energy that completely blinds foes for a few moments (smell, hearing, sight ext.), poison immunity.
enhancements: increase power of Death aura x4 (increase the damage it causes four times (however much that is), increase range of death aura x2, increase SP with the rest of my points.
this seems a bit too powerful…
yeah i basically want a creature that can kill things just by being near them.

this seems a bit too powerful…
yeah i basically want a creature that can kill things just by being near them.

Is not the goal to kill every one and survive to the end? XD
It seems strong, but it all depends on luck

yeah bit of a glass cannon.
it will rely heavily on hiding behind its reanimated enemies, just like a regular necromancer.

A Minecromancer.
well, a lot of power, a little HP, litterly a glass cannon

micromancer.
(filler)
so are we going to get to evolve every round or something @doomlightning ?

a micromancer sounds more like something that controlls microscopic things

so are we going to get to evolve every round or something @doomlightning ?

Should be only 3 rounds:
The first round there is only one round, which is now
In the second round there were 3 times of evolve
And on 3 there are no mutations, those in place, there were upgrades

what does that mean?

Abilities: Can generate a powerful electrical shock to stun and damage opponents, and can generate a shield of plasma to defend against and harm opponents.

This means you will develop your creature 5 times in total (technically even 4, including now, because the latter is not an external development)

I think I also do not understand what I am writing …
Now, it’s a mutation round, there were 3 more in the sequel, then it’s a stage of improving intelligent behavior and then it’s it.