Actual debate with scientific units, and not just theoretical equations, with the goal of actually solving with constructive criticism and not self-destructing arguments.

“Must be universal units, idk”

This is the list from @Deathwake
Please forgive my double posting, slow mode prevents me from editing.

In short, we need something that’s possible and practical, I hope this isn’t taken

for those who don’t know of scientific units (Si) reference here, What are SI units ? - YouTube

Wasn’t there supposed to not be another one of these thread until someone actually proved it beforehand?

Plz don ban this, we will actually try this time

I think I’m about ready to close this underwater discussion again, and it will not be opened again until someone makes the full proof from start to finish that underwater civs can advance to the space stage starting from naturally underwater occurring resources.

Before that is done underwater discussion is banned and I will close any new threads made about it and give warnings.

I have followed @hhyyrylainen advice, using SI units, and practicality as opposed to possibility so here’s our first objective, be sure to state evidence, and cite your sources, MLA, or whatever you want, I need a source that isn’t bs

Many options on there are not available to discuss, but we need brainstorming, operation structure

If it fails we do it again, just no

forcing other species to evolve

trade with supposed other land species

IMPORTANT - environment must have earth-like conditions, with little not no leeway

Chart for those who won’t look at the video, 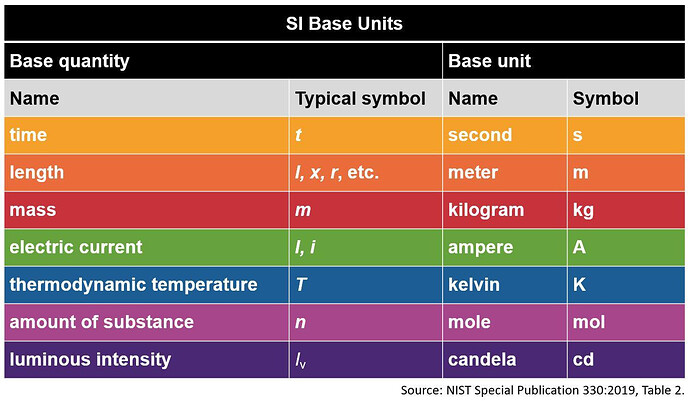 I am guessing no matter how this is actually done this can only be achieved under non-lawk conditions right?

Hehehehe, if that was the issue this thread wouldn’t have even been created, life as we know, is the fundamentals of physics.

Hydrothermal vents emit sulfur and metals to the ocean 1. Particular attention has been paid to hydrothermal fluxes of iron2,3,4, a limiting micronutrient of marine primary production5. Vent-derived iron was previously thought to rapidly oxidize and precipitate around vents6. May 8, 2011

Hydrothermal vents as a kinetically stable source of iron …

Basically, issue 1 is that the iron would instantly oxidize, unallowing any forging and gathering of such iron. that slightly increases the chance of forging, the problems are gathering and actual shaping, not to mention how you would innovate such a technique.

A quick google search churns out that some hydrothermal vents can reach beyond 673.15 kelvin, [

In short, nothing changed, hydrothermal vents are in fact, bs

Graphite could be used as an early conductor without harvesting and smelting metal.

" Graphite occurs in metamorphic rocks as a result of the reduction of sedimentary carbon compounds during metamorphism. It also occurs in igneous rocks and in meteorites" -wikipedia ( Graphite - Wikipedia)

Graphite is a very good conductor, but we need to brainstorm a way to first generate electricity if we want to use electricity to make heat to smelt metal.

There are electrical cells that can be added to a body, such as crab//crustation this is a fairly simple evolutionary path, but may cut off some things in the future, like sight, because there’s no real need for it. This may solve your problem, for the possibility, but il do some research involving the resistance of Iron, and the possibility of graphene as a conducted for specialized electrical conduits.

more likely, the best option for the current goal of the metal age (Right now), is the possibility that you can fit enough electrical cells onto a living being to smelt iron in the open ocean, ill need to do some lengthy research on that, but it should be possible, id says a 67% chance it might work. I don’t honestly know why we need a way to use this electricity to smelt metal, because it’s rhetorical.

you need metal to make electricity to make metal, there is almost a 0% chance of doing that normally, the most likely option for the route you take is one of using electrical organs and cells, as seen in electrical eels. THough ill get back to you with more “Real data”, ill do the calculations when I have time.

TL:DR - You got it all wrong, but it might work if we turn into eels

Everyone has to be on their best behaviour in this thread or this will be closed immediately without any warning.

Before these types of discussions end we’ll have the full game.

A half of infinity is still infinity

Yep, but a smaller one.

Idk if it was talked about previously or not, but how do you make pottery under water?

Yep, but a smaller one.

You might be able to use stone carving to make pottery, but I think a bio plastic would work better, if secreted out of specialized glands.

I created a new thread to continue this discussion.

Doesn’t adequately replace many technologies including but not limited to: firearms, steamships, computers, rockets, aircraft, engines, industrial factories, and construction with metal.

At least underwater you don’t need to worry about the wheel being among those. ¯_(ツ)_/¯

yes you do need the wheel. It’s for gears, moving objects on land, moving objects that sink very quickly, for lathes, for pottery wheels, and for many mechanical components that use wheels

Unsure if this has been suggested before but maybe if the aquatic species still needed water to breathe but could essentially hold its “breath” outside of the water for long periods of time, kind of like the real life Epaulette shark which can survive in oxygen poor and or extremely shallow water by temporarily shutting off non-essential functions and increasing blood flow to the brain. I don’t know if that would count as amphibious or not so this suggestion may not count.

basically you have to be really close to amphibious for that to even kinda work. I honestly think underwater civs will just be stone age, amphibious, or uplifted. Be a fun challenge run though